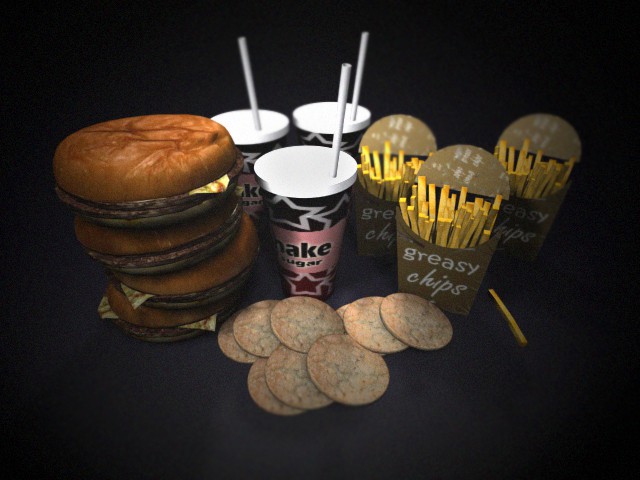 Our mental health is complex and obscure,

There is no simple truth for how we feel;

Depression does not have a catch-all cure,

But can we swallow comfort from a meal?

The fatty acids of Omega three,

Are found in fish and help to fight despair;

Omega six in food does not agree

With building and protecting our welfare.

Within the Torres Strait there are two isles,

Whilst one has fish, the other has fast food;

In measuring their mental traits in trials,

This research shows you cannot hope to cheat

The simple truth of being what you eat.

This is a Shakespearian Sonnet, inspired by recent research which has found further evidence to support a link between diet and depression.

The researchers in this study interviewed inhabitants from two different islands on the Torres Strait (an area between Australia and the Melanesian island of New Guinea), one of which contained a variety of fast food outlets, and the other of which had none. As well as asking the participants about their diet, the researchers also screened them for their levels of depression and took blood samples to monitor their fatty acids.

The results from this research revealed that the diet of the more isolated islanders contained a significantly higher proportion of seafood, and as a result higher amounts of omega 3 polyunsaturated fatty acids, which have been shown in other studies to be effective in the improvement of depressive symptoms. Similarly, the islanders that had access to fast foods were found to eat less seafood, and to have higher levels of omega 6 polyunsaturated fatty acids, which are found in many fast foods and high levels of which have frequently been observed in patients with major depressive disorders. Out of the 206 people that took part in this study, nineteen people were categorised as having moderate to severe depressive symptoms, with sixteen of these from the island where fast food is readily available, and only three from the other island. This research concluded that whilst more studies are needed to investigate how diet can have a lasting impact on depression risk, it is likely that a diet rich in omega 3 and low in omega 6 is beneficial to mental health and wellbeing.

4 thoughts on “A (Mentally) Healthy Diet”