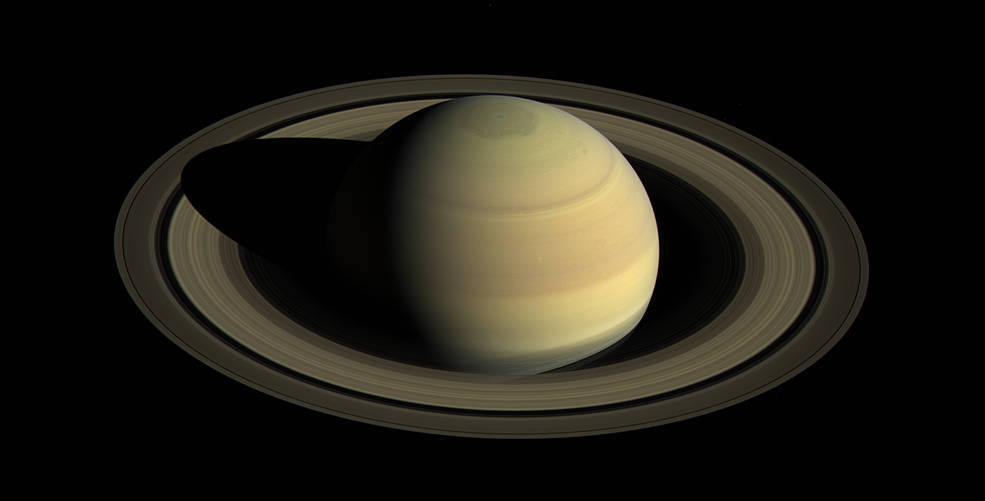 You voyaged in the trail of pioneers,

To shed new light on Saturn and its rings;

By imaging its many circling spheres,

We glimpsed into the past of Earthly things.

Your Equinox and Solstice both burnt bright,

Revealing lightning in the darkest night;

And through your Grand Finale in the sky,

Your sacrifice means you shall never die.

I was the poet in residence for the European Geosciences Union 2018 General Assembly, during which time I wrote a number of different poems about the inspirational research that was presented there. This is one of my favourites, a Heroic Rispetto, inspired by the EGU 2018 Union Symposium on the Cassini-Huygens Mission to Saturn.

Over a period of 13 years, Cassini successfully returned a huge amount of data that has since been used to enhance our understanding of Saturn and its system, including in-situ sampling of Saturn’s upper atmosphere, and high-resolution imaging of Saturn, its rings, and several of its many moons.

Cassini was a collaboration between NASA, ESA, and the Italian Space Agency, and the two different phases of the Cassini mission were termed Equinox and Solstice, ending with a dramatic plunge into Saturn’s atmosphere on September 15, 2017, with the spacecraft continuing to record and transmit data until the very end.