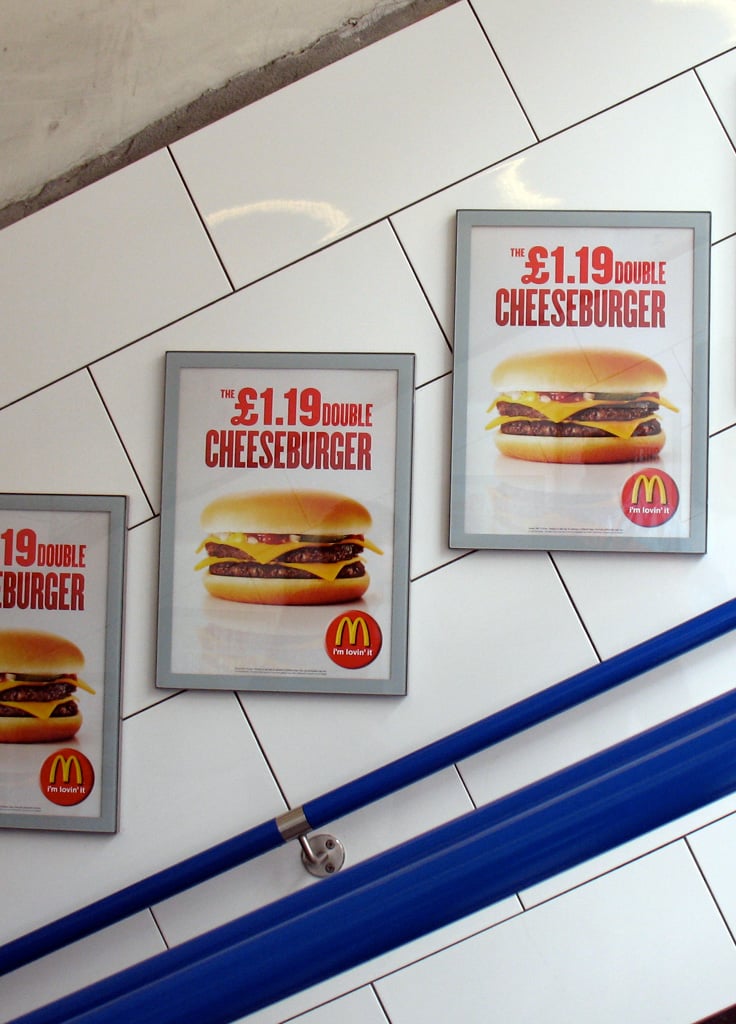 Hordes of busy lives
descend into the depths,
waiting in line to cruise
mechanical capillaries
to work,
to home,
to visit the Queen.
Shapes of colour
catch the eye,
rising from seas
of unknown faces
to leap into the consciousness
of dulled and weary minds.
Mouth-watering commercials
that play on repeat,
guiding unsuspecting
wallets to regurgitate their
contents upon the altars
of convenience.
A smorgasbord of
future health emergencies,
dripping in the consumption
of our present excess.

This poem is inspired by recent research, which has found that junk food advertising restrictions on Transport for London networks have prevented almost 100,000 obesity cases since 2019.

In 2019, 64% of adults in England were overweight, with 28% being obese and 3% morbidly obese. Obesity is a significant health risk and is associated with an increased risk of diseases including diabetes, heart disease, and some cancers. Many different public health interventions have been proposed to deal with rising obesity rates and their consequences, including targeted weight loss interventions, taxation, and labelling. Studies have also shown that restricting advertising for High Fat, Sugar, and Salt (HFSS) products can be effective, especially with regards to reducing levels of childhood obesity. As such, in 2019, Transport for London implemented restrictions on the advertisements of HFSS food across its transport network.

In this new study, researchers have assessed the impact that these restrictions have had. By observing what consumers were purchasing in their weekly food shops via surveys and comparing trends in London to a control group of households outside of London where there were no restrictions on advertising in place, the researchers were able to assess the effect that this policy is having on people’s health and the health service. The results show that the restrictions have directly led to almost 100,000 fewer cases of obesity than expected (around a 5% decrease), approximately 3,000 fewer cases of diabetes, and 2,000 fewer cases of cardiovascular disease. This analysis also found that the current restrictions would save the NHS more than £200 million over the lifetime of the current population. The study concludes that restricting the advertisement of HFSS products on the public transport network in London is likely to have led to considerable health and economic gains, while also reducing health inequalities. Whilst further research is now needed to investigate the impact of similar policies in other regions, it is likely that restricting the advertisement of HFSS products presents an extremely effective way of tackling rising levels of obesity at a national and even global level.