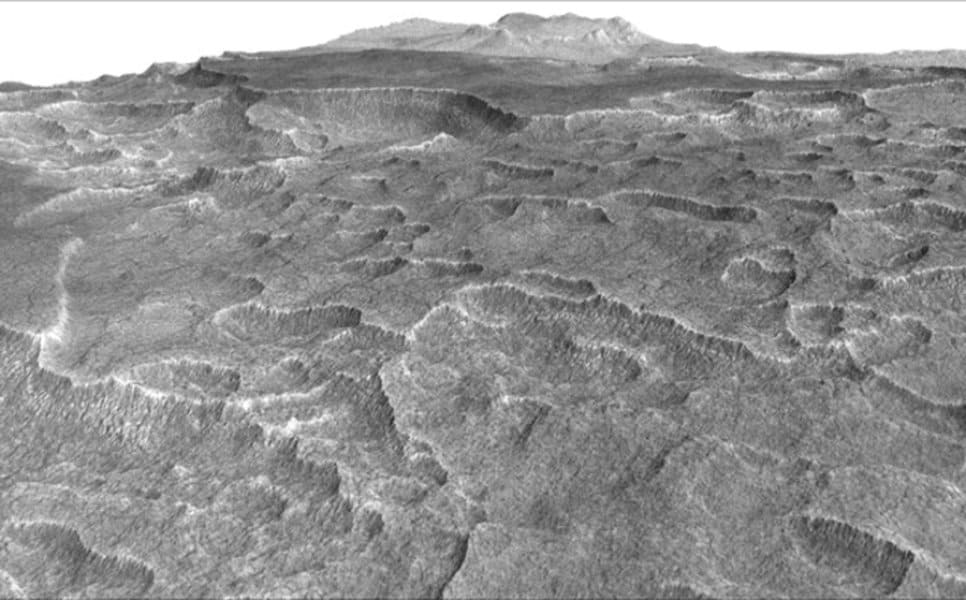 The echoes of your past vibrate through space,

And secrets lie beneath your broken skin;

The cracks and rimless craters on your face,

Reveal to us what’s hidden deep within.

Under a pitted surface lined with breaks;

A reservoir of life within our sight,

To reach for when we know the time is right.

This is a Heroic Rispetto, inspired by recent research that has discovered a large deposit of frozen water underneath the surface of Mars. The deposit was discovered using the ground-penetrating Shallow Radar (SHARAD) instrument on board NASA’s Mars Reconnaissance Orbiter. The deposit has a total volume of 14,300 km3, which is roughly equivalent to the total amount of water contained within Lake Superior in the USA!

This deposit was found by looking for areas of the Martian surface that were covered in cracks and pits. In the Canadian Arctic, these land patterns indicate that there is ice underneath the surface, and this inspired the researchers to look for similar patterns on Mars using SHARAD.

The deposit that was discovered in this region of Mars (the Utopia Planitia) represents less than one percent of all known water ice on the planet. Large ice deposits that are close to the surface are being considered as a source of water for sustaining astronauts in future explorations of Mars.

7 thoughts on “Plains of Paradise”