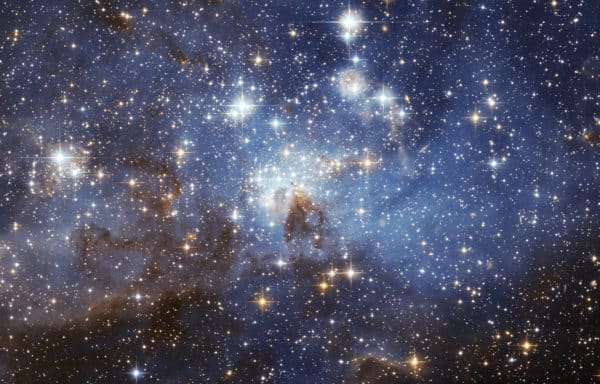 13.8 billion years ago the universe EXPLODED into life

Bringing with it every permutation

And combination of events that

The remnants of that blast

Forgot the heat of their ferocious past,

And the tiny particles came together

To form elements of hydrogen and helium.

With time these clouds of dust and gas

Built bonds that would last,

Coming together under gravity

To form stars which burnt with nuclear fire.

Their temperature got higher

And in the centre of these stars, in their very core

The hydrogen and helium fused together

As these heavier elements were created,

The stars became so massive that they eventually collapsed

RESULTING IN EXPLOSIONS OF SUPERNOVAE

These supernovae scattered the stars’ elements

So our Solar System, our Sun and our Earth are all made from

The fragments of some ancient stars.

We are all literally made from stardust.

So you see, when it comes down to it

We are not black, white, gay, straight, pan or mono gender;

There are no Jews, Muslims, Aesthesis, Christians or Jedis.

The beggar in the street that you walk by,

The refugee that you sneer at,

The children that you keep locked in your camps

Are ultimately the same as you.

The differences between us are as invisible as the barriers

That you point to on your map,

Of famine, war, pestilence and greed.

You see we are all made of stars.

And when we finally destroy this world that we have made,

You know, the one we could have saved,

Then we will explode in a cacophony of colours,

Our screams lost to the vast emptiness;

Floating into empty space, yet filling the

That have opened up between us.

And as we sail out into the cosmos,

We will join our hands together, united once more

As cosmic stardust that is free from cosmetic flaw.

2 thoughts on “We Are All Made of Stars”