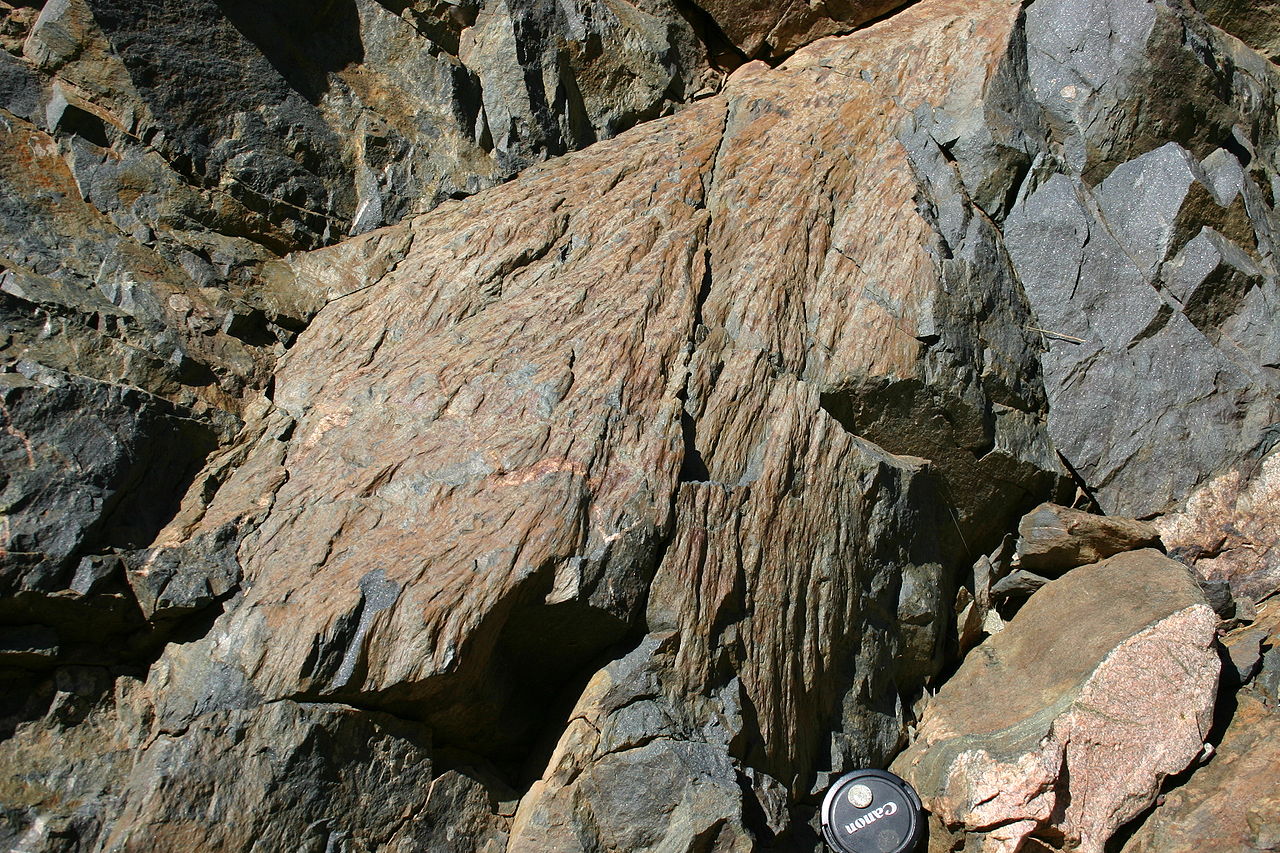 Cloaked in weathered loam
fraying edges sink from view,
the violence of a distant past
now hidden in the horsetails
that lie littered in decay.

Delicate grooves radiate
downwards into the
scorched and
shattered
earth.

Echoes of forgotten
shockwaves
reverberate across
the rock face,
its stolen stability
since shielded from rebirth.

A drought of enticement
drawing boundaries unseen,
yet marked to be found.

This poem is inspired by recent research, which has shown how the magnetisation of rocks can be used to find the impact sites of meteorites.

The Santa Fe impact structure is the eroded remnant of the impact from a meteorite that struck Earth sometime between 1.4 and 1.6 billion years ago. It is located in the Sangre de Cristo Mountains northeast of Santa Fe, New Mexico in the United States, and is called an impact structure and not a crater because it is so deeply eroded. The impact structure was discovered accidentally in 2005 by a retired geologist, who noticed shatter cones in the region, when hiking just off the New Mexico State Road 475 between Santa Fe and Hyde Memorial State Park. Shatter cones are rare geological features that are only known to form in the bedrock beneath meteorite impact craters or underground nuclear explosions. However, they can be difficult to find, hence why the Santa Fe impact structure remained undetected for such a long period of time.

This new study demonstrates how changes to the magnetisation of rocks in an area of impact can be used as an alternative method for detecting impact structures. Rocks unaltered by human-made or non-Earth forces have approximately 2-3% natural magnetism, which mainly comes from the presence of the naturally occurring minerals magnetite and/or hematite. However, the researchers in this study found that samples collected at the Santa Fe impact structure contained less than 0.1% magnetism. The plasma (an electrically charged gas in which some electrons have been stripped away from their atom) created at the moment of impact in addition to a change in the behaviour of electrons in the rocks’ atoms (brought about by the subsequent shockwave) have been shown to be the cause for this reduction in magnetism. These findings will now allow other researchers to determine an impact site before shatter cones are discovered and will also help them to better define the extent of known impact sites that have lost their craters due to erosion.