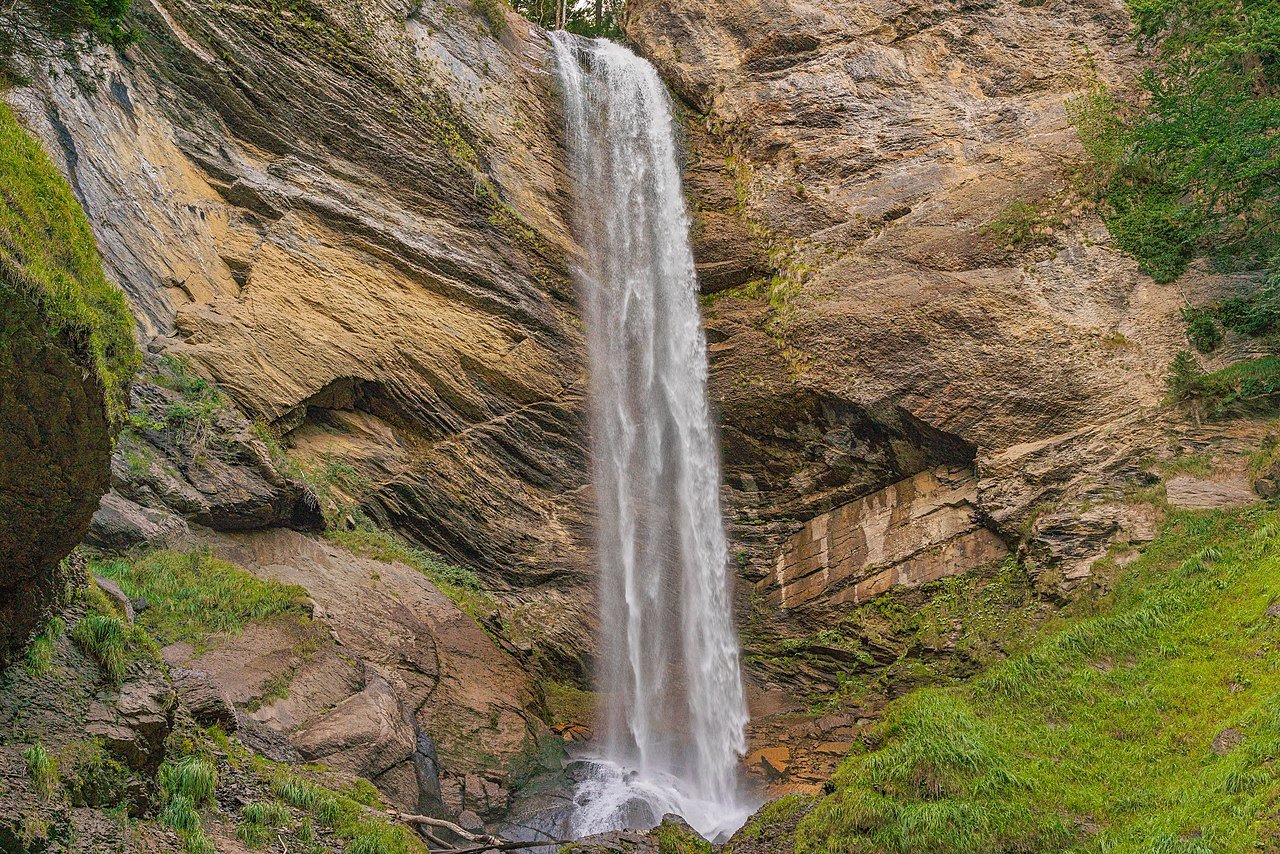 Cascading from rocky peaks,
you plunge into view,
flowing like a fan
into streams
and lakes
and lives.

Fawning at your force
we strive to catch
a breath,
diverting root and branch
to sate
our unquenchable
thirst.

A vision dulled by cataracts,
as we withdraw a trust
not ours to take.
Your sights and sounds
diminished
by the profligacy
of this debt.

This poem is inspired by recent research, which has found that a waterfall’s sound and visual appearance can be used to track changes in its flow.

When a stream or river flows over a precipice and plunges downward, it forms a waterfall. A typical waterfall is the kind in which a stream or river leaps over the edge of the precipice and falls freely through the air until it hits the lower level of the streambed. Besides waterfalls being important landscape elements that provide irrigation and support river habitats, they are also desirable locations for hydropower stations because of the elevation change. The further the water can fall, the more energy the station can generate, and greater amounts of water flow diverted from the waterfall also lead to higher energy production. However, withdrawing too much water can significantly affect the waterfall, impacting on the ecology of the area and also possibly interfering with tourism.

In this new study, researchers investigated the trade-off between water withdrawals from hydropower plants and the natural beauty of the waterfall, repeatedly visiting 15 waterfalls of different types in Switzerland, Austria, and Norway. Over the course of several months they took photos and audio recordings from the falls at the same location to capture seasonal variations in the water and sound levels. The researchers combined this with water flow measurements to develop an equation, which can determine the effect of a withdrawal and how much water must be left behind to maintain the waterfall’s natural image and soundscape. The study also found that waterfalls with lower water flows were especially impacted by water withdrawals from hydropower plants. With this new method, scientists can now use a waterfall’s sound and appearance to track changes in its flow as human interventions and climate change impact water levels.