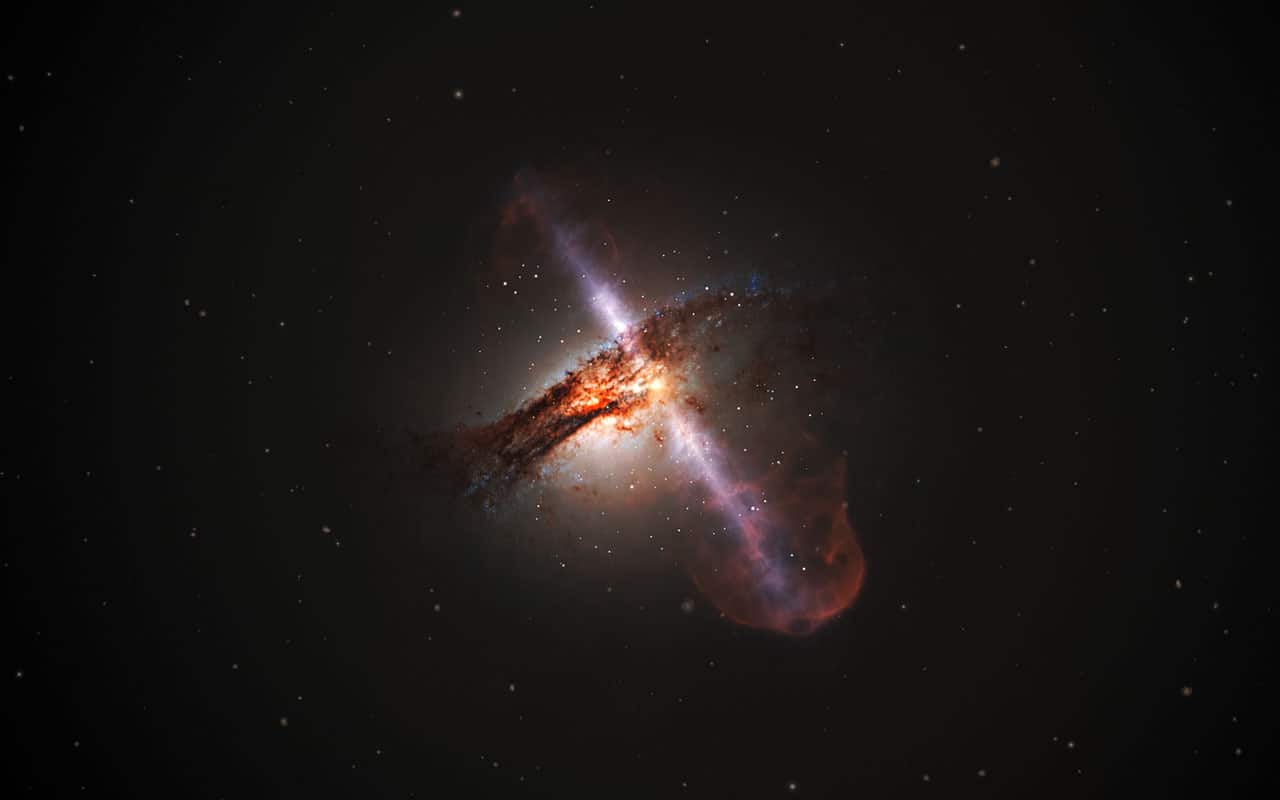 Out amongst the dense, and yet seemingly empty fabric of space the

Building up into supermassive jets that extend beyond galaxies and perpetually

Infiltrate our tiny collective consciousness, every time we happen to revolve.

To electrically charged ions with frames of reference we consider vain.

This is a Golden Shovel, inspired by recent research which investigated the role that gravitational waves might play in the creation of astrophysical jets.

Astrophysical jets are long, supersonic streams of plasma (a highly energetic, ionised gas) that emanate from compact celestial objects. The largest jets emanate from supermassive black holes in the centre of active galaxies, and the biggest of these are about 100 times the size of our galaxy and the largest single objects in the known Universe. The formation of these jets is not fully understood, but it has been suggested that they are likely formed from matter accreting on the compact celestial objects in the presence of magnetic fields.

What this new research suggests is that these astrophysical jets might be formed via pulses of gravitational waves, ripples in the fabric of space time, which are able to split matter that is normally electrically neutral into electrically charged components, leading to the accretion of plasma and the formation of the astrophysical jets. Whilst this theory has been proved to be mathematically sound, further research is being conducted to determine the exact physical sources of these pulses.

A Golden Shovel uses each word in the final line of an existing poem to form the end words for each line of a new poem. The poem that I chose as inspiration for this Golden Shovel is ‘The Black Stars’ by Primo Levi, a poem about black holes, and which has the final line: “The skies perpetually revolve in vain.”

2 thoughts on “The Skies Perpetually Revolve in Vain”