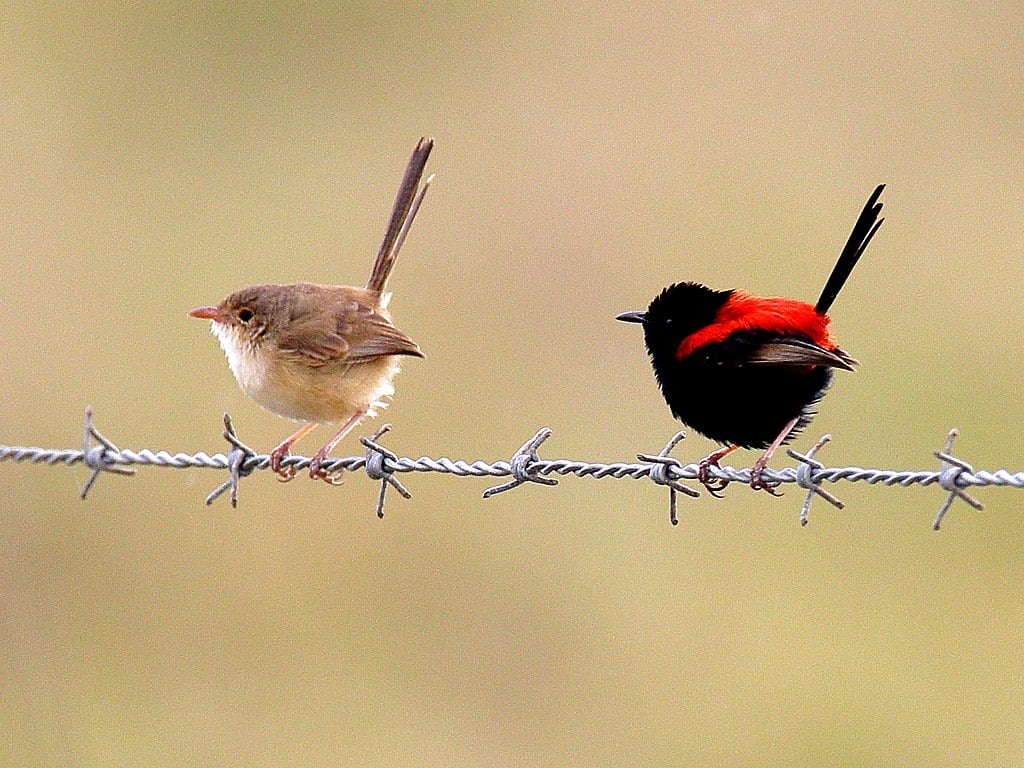 Rising heat wrinkles your feathers,
hazy offerings that prick
the skin and dull desires.
Smouldering beneath the surface,
your blood-streaked cloak
of darkest night lies veiled.
Draped in tempered brown
you sink to the ground,
kicking through the ashes
of this lost and future home.
A phoenix postponed,
waiting for the flames to die
so that you, once more,
may rise.

This poem is inspired by recent research, which has found that wildfire changes songbird plumage and testosterone.

Red-backed fairywrens are a species of bird found only in Australia, where they can be located near rivers and coastal areas along the northern and eastern coastlines. Like other fairywrens, this species displays marked differences in appearance between the males and the females, with the females having brownish upperparts and paler underparts. When they are ready to mate, the males adopt a striking breeding plumage, with a black head and brightly coloured red back, yet before moulting into these colours they also have drab, brown feathers much like their female counterparts. Typically, the male red-backed fairywrens wait for the monsoon season to moult into their bright colours, when the rains bring more of the insects that they eat out into the open, thus making it a more opportune time for attracting a mate, breeding, and raising their young.

In this new study, researchers have found that following habitat-destroying wildfires in Australia, many male red-backed fairywrens fail to moult into their red-and-black plumage, thereby making them less attractive to potential mates. By observing and taking blood samples from the birds over a five-year period and at two different sites, the researchers also found that the male red-backed fairywrens had lowered circulating testosterone following the wildfires. Elevated testosterone has previously been shown to help the fairywren process natural pigments in their diet (called carotenoids), in order to create their colourful feathers. As wildfires can destroy the red-backed fairywren’s grassland nesting habitat, it is not a particularly good time for these birds to raise their young. The researchers therefore suggest that the males may suppress their testosterone to purposefully inhibit or delay breeding by remaining brown and thereby more unattractive to mates. While other research has looked at how wildfire impacts the long-term survival of birds and other animals, this is one of the first studies to look at how wildfire may affect their physiology and appearance.

4 thoughts on “Dulled in Flames”