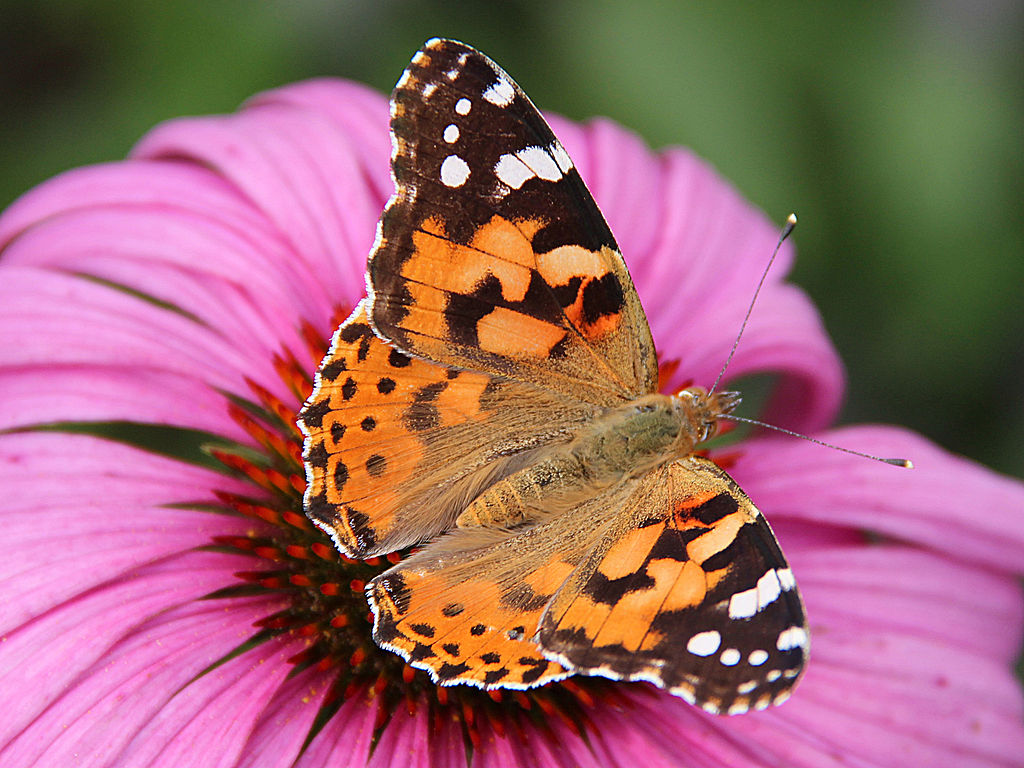 Clouds of colour
sail on ocean winds,
dancing over dunes
like burnished memories
of distant, verdant lands.
Flying,
dying,
flying,
dying.
The promise of return
passed on through
generations as
whispered reveries
amongst rosy-orange mists
of elongated time.

This poem is inspired by recent research, which has found that painted lady butterflies achieve the longest known insect migration from the Sahara Desert to Europe.

The painted lady is one of the most familiar butterflies in the world, inhabiting every continent except Australia and Antarctica. It is a long-distant migrant and each year it spreads northwards from the desert fringes of North Africa, the Middle East, and central Asia, to mainland Europe and the United Kingdom. The number of painted lady butterflies that take part in these migrations varies wildly, sometimes 100 times more from one year to the next. The conditions that cause these variations have previously been unknown, and as such the manner in which these butterflies could potentially cross the Sahara Desert and oceans in order to reach Europe had not been proven.

In this new study, researchers used long-term monitoring alongside climatic datasets and population modelling to understand what makes this migration possible, confirming that under favourable conditions the painted lady is in fact capable of this up to 14,000 km round trip, making it the longest known insect migration in the world. Given that the adult butterflies live for at most two weeks, this journey occurs in a series of steps by up to six successive generations. The researchers found that there are three main factors which influence the number of painted lady butterflies that migrate to Europe each year, including increased vegetation in the African Savanna during the winter, increased vegetation in North Africa in the spring, and favourable tail winds. To take advantage of these conditions, the butterflies must fly up to three kilometres above sea level, as without utilising these tailwinds their maximum self-powered flying speed of around six metres per second would make crossing the Sahara Desert extremely difficult. Modelling and studying these migratory events help us to better understand the behaviour and lifecycles of these butterflies. Furthermore, it increases our understanding of how other insects, including pollinators, pests, and the diseases they carry could spread between continents, both now and in the future.