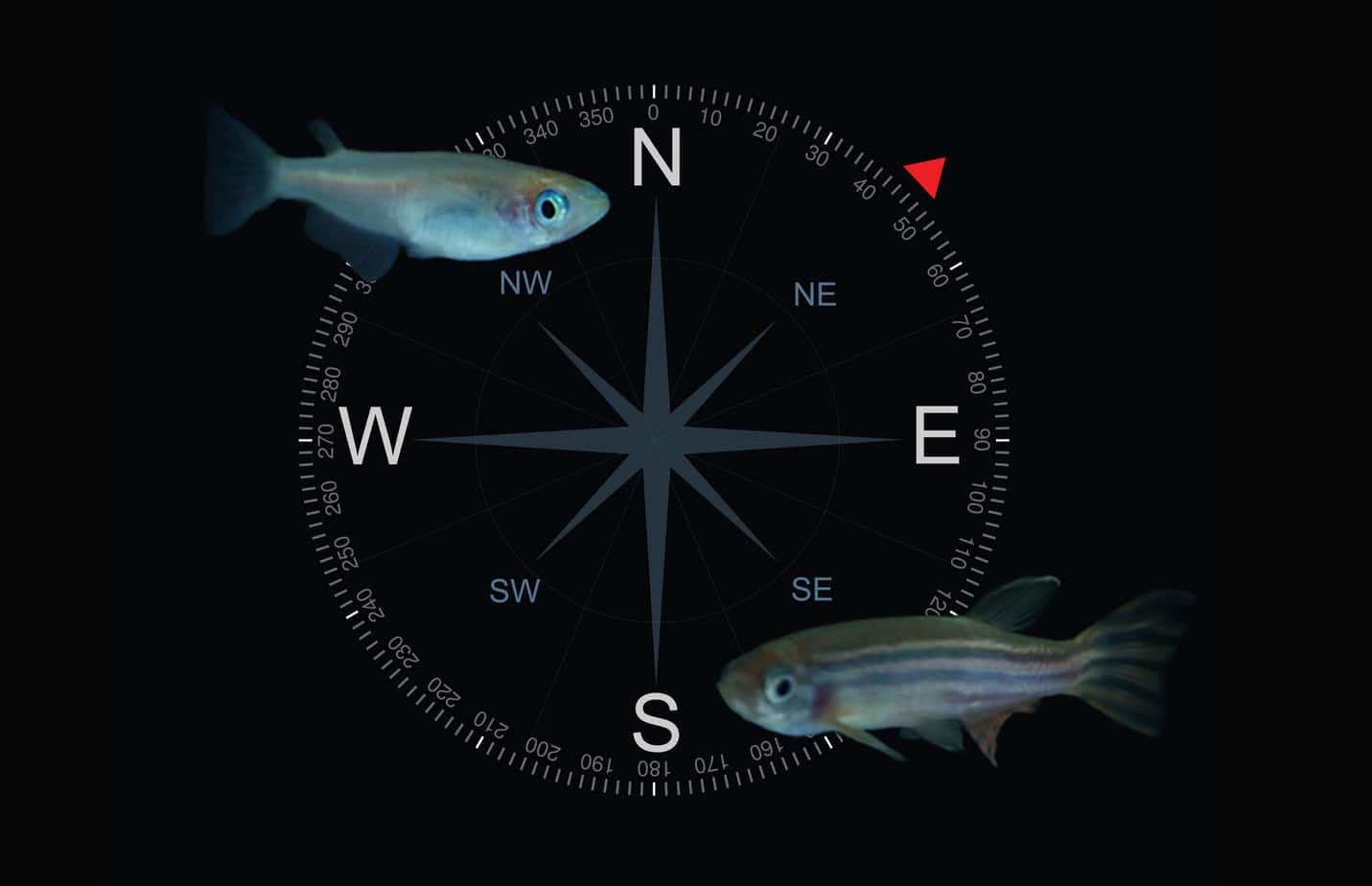 We live on a mesh
of invisible lines,
the rigidity of attraction
softly veiled by the
faintness of touch;
gentle come-hithers
undone by the subtlety
of their approach.

Invisible guests stand to attention,
physical aggregations
two-stepping an illusion
as straight as the crow flies;
its lineal distinction
stolen without tribute
from unseen callers
that march in line
to catch their eyes.

Invisible guests
dancing
invisible lines –
the sensuality of
straightened steps
lost amidst the chaos
of their multitudes.

This poem is inspired by recent research, which suggests that the magnetic ‘sixth’ sense that some animals possess is likely to come from bacteria.

Magnetoreception is a sense which allows some organisms to detect a magnetic field in order to perceive direction, altitude, or location. Those animals with magnetoreception are potentially able to use the Earth’s very weak magnetic field to navigate to breeding grounds or return to places of interest, with sea turtles, birds, fish, and lobsters all thought to possess such a sense. Sea turtles, for example, can use this ability for navigation to return to the beach where they were born. Whereas the physical basis of nearly all other senses has been determined, no one knows with certainty how any animal perceives magnetic fields and determining how the magnetic sense functions is one of the great unanswered questions of sensory physiology. There are three basic theories for how magnetoreception is thought to work, and they might all be accurate, depending on the animal involved. The first involves a sensitivity to electric charge, the second a biochemical reaction that occurs in the animal, and the third concerns bacteria.

Magnetotactic bacteria are those in which a magnetoreception mechanism has been identified, and this new study presents further evidence that the magnetoreception of some animal species comes from a symbiotic relationship with such bacteria. Previous microbial diversity studies have often focused on looking for the presence or absence of many types of bacteria in animals, rather than focussing on a specific bacterial species. As such, the presence of these magnetotactic bacteria has been largely overlooked. However, by focussing on these bacteria, it has been shown that they exist in many of the animals that are associated with having magnetoreception. For instance, one type of magnetotactic bacteria, Candidatus Magnetobacterium bavaricum, has been found to regularly occur in penguins and loggerhead sea turtles, while Magnetospirillum and Magnetococcus have been observed in brown bats and North Atlantic right whales. It is still unclear exactly where in an animal the magnetotactic bacteria live, but it is likely that they are associated with nervous tissue, such as that found in the eye or brain. Further research into the symbiotic relationship between these species of bacteria and animals will help to better understand exactly how magnetoreception works. It will also help to improve our understanding of how humans can use the Earth’s magnetic fields for their own navigation purposes, as well as how the effects of human modifications of the magnetic environment, such as the construction of power lines, impacts those species that rely on magnetoreception to navigate their habitats.