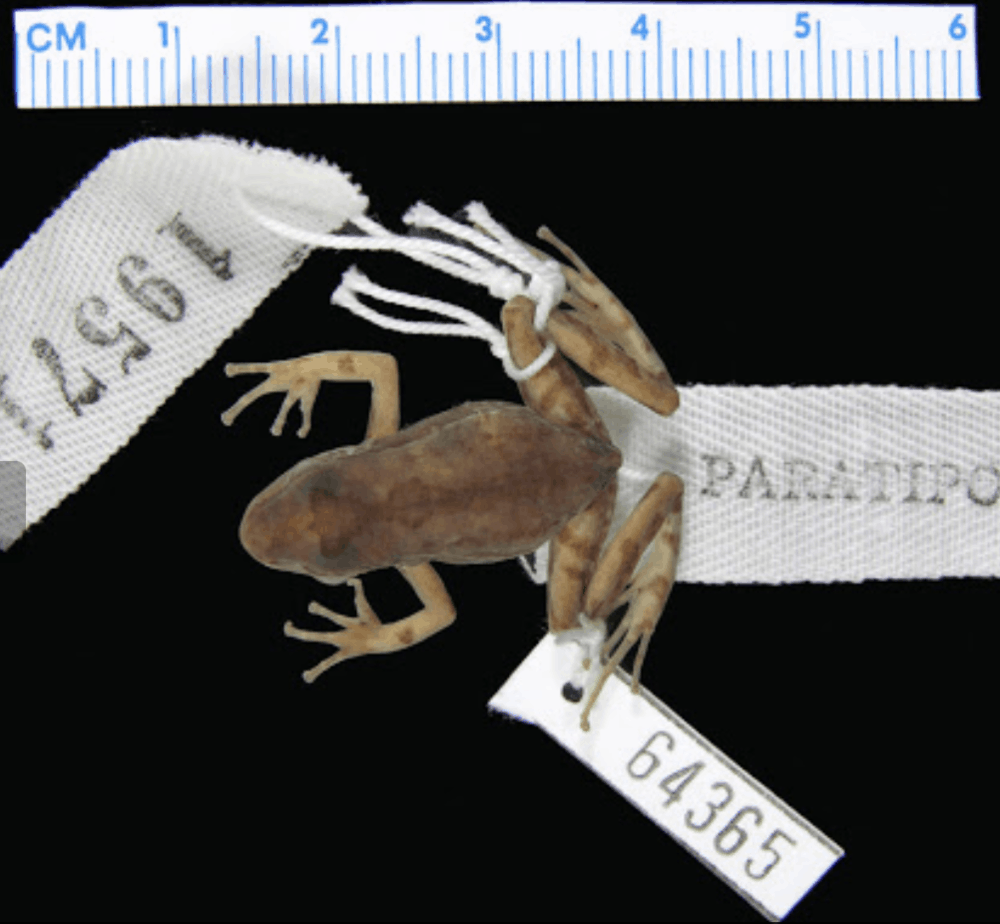 Across tropical concert halls,
the air vibrates with the
sound of a thousand voices;
a living orchestra
concealing its decline
with the vivacity
of each performance.
Its muted notes lost
beneath the canopy.

Guided beyond senses
we dowse for inference,
amassing microscopic fragments
that ripple across the surface;
fleeting footsteps
caught only
in the periphery
of our jaded sight.

Hidden from view
to be gone without sound;
as we follow the breadcrumbs
they thought not to be found.

This poem is inspired by recent research, which has used environmental DNA to find species of Brazilian frogs that were thought to be extinct.

Environmental DNA (or eDNA) is organismal DNA that can be found in the environment; it originates from cellular material shed by organisms (via skin, excrement, etc.) into aquatic or terrestrial environments that can then be sampled and monitored. It is an efficient, non-invasive sampling approach, and when coupled with sensitive and cost-efficient DNA sequencing technology, it provides an extremely powerful tool for biodiversity monitoring. This methodology is important for the early detection of invasive species as well as the detection of rare and cryptic species, i.e. those species that appear identical but are genetically quite distinct. It can also be used to find evidence for the existence of species that were previously thought to be extinct.

In this new study, researchers in Brazil have used eDNA to search for 30 different frog species in six sites across south-eastern Brazil where the frogs were known to have previously lived. Of these 30 target species, 13 were frogs that had totally disappeared and were presumed extinct, 12 were frogs that had disappeared locally but were still found in other regions, and five were frogs that were once abundant, but which were now much harder to locate. In order to do this, the researchers took water samples from the six sites, before filtering the water and then extracting the eDNA for analysis. By cross referencing the extracted eDNA with the DNA sequences of the targeted species, the researchers successfully detected DNA traces of four declined species, two that had locally disappeared, and one species that had not been seen since 1968 and which was assumed extinct. For those species were DNA sequences were not readily available in online databases, the researchers obtained tissue samples from specimens housed at the amphibian collections of a variety of Brazilian museums. These rediscovered species were also confirmed by the researchers to be completely undetectable using traditional surveying methods, thereby highlighting the importance of eDNA for biodiversity monitoring at low population densities, especially in regions with a huge abundance of diversity that makes traditional methods even harder to implement when searching for rare or disappeared species.