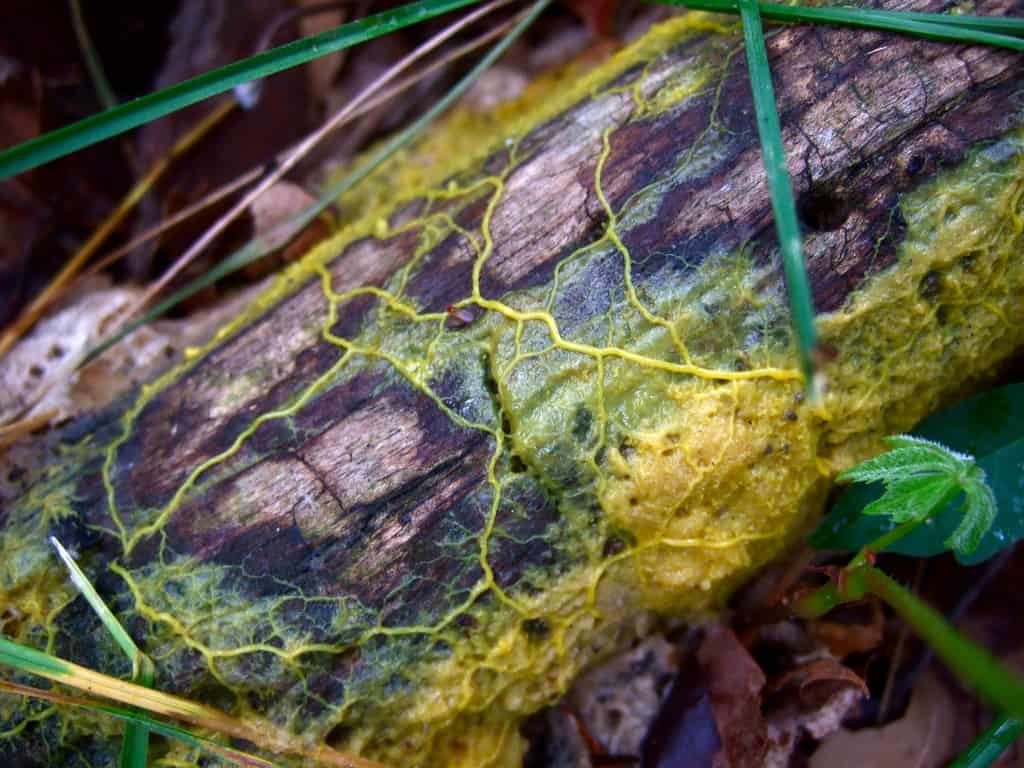 as ethereal webs that

glisten in the dewy dawn.

glow faintly in the dark;

trace the congruence of

mass of what we

the weight of their

from across the void.

Blindly, we turn our

eyes to the sky,

that has always been with us:

the map of our universe

embraced within a single cell.

This poem is inspired by recent research, which has harnessed the problem-solving capabilities of a simple slime mould to trace the large-scale structure of the universe.

A slime mould consists of a single cell containing millions of nuclei, which form a network of tubes that move toward its food source along the shortest possible path. Since the challenge of finding the shortest path between two points is a much studied problem in computing, slime mould behaviour has been used to model complex computer algorithms, ranging from solving mazes to developing efficient railway networks.

In this new study, researchers have used slime mould to help them build a map of the vast network of structures that connect galaxies together across the universe, and which are known colloquially as the ‘cosmic web’. The researchers in this study designed a computer algorithm, inspired by slime-mould behaviour, and then applied this slime mould algorithm to data containing the locations of 37,000 galaxies. The resulting algorithm produced a three-dimensional map of the underlying cosmic web structure, enabling the researchers to visualise and trace the patterns that connect the galaxies throughout the local universe.

An audio version of this poem can be found here: