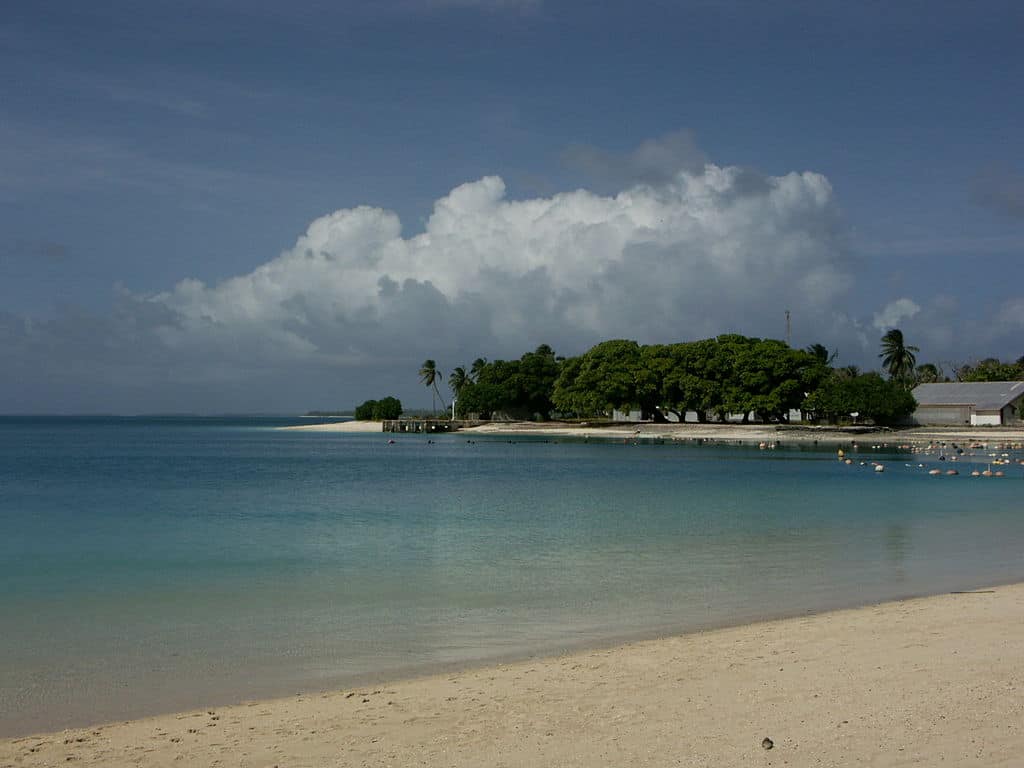 Rise up from the ocean floor,

Their tips littering the landscape

As tremendous shadows of the past

Across this false Pacific paradise.

Once prowled the dunes,

Scintillators now sweep across the sands,

That can no longer lie buried.

Pantry islands not suitable for

Their rotten fruit a siren’s call

To scattered islanders who cross

Are calibrated against international

Each data point weighed against

An avalanche of history and regret.

That this contaminated land

Will not ever be a home.

This poem was inspired by recent research, which has found that radiation levels in parts of the central Pacific Ocean, where the United States conducted nuclear tests during the Cold War, are still alarmingly high.

Between 1946 and 1958, the United States detonated 67 nuclear bombs across the Marshall Islands, a chain of atolls halfway between Australia and Hawaii. The largest of these nuclear detonations was codenamed “Castle Bravo”, and was 1,000 times more powerful than either of the bombs dropped on the Japanese cities of Hiroshima and Nagasaki; in its wake it left a crater in the ocean floor that was 1.5 km in diameter and 75 m deep. Residual radiation (which can last for centuries) from the radioactive fallout of these detonations was spread throughout the world, with a particularly large concentration deposited throughout the northern Marshall Islands.

Since the late 1960s the Marshall Islands have experienced a rapid population growth, with most of the nation’s residents now living on two crowded islands, unable to return to their home islands because of nuclear contamination. By examining external gamma radiation and soil contamination, this new research has found that in some regions concentrations were up to 1,000 times higher than in samples from areas affected by the Chernobyl and Fukushima disasters. This would indicate that to ensure the safety of any future relocations, further environmental remediation (i.e. the removal of dangerous or poisonous substances) is needed to avoid potentially harmful exposure to radiation.