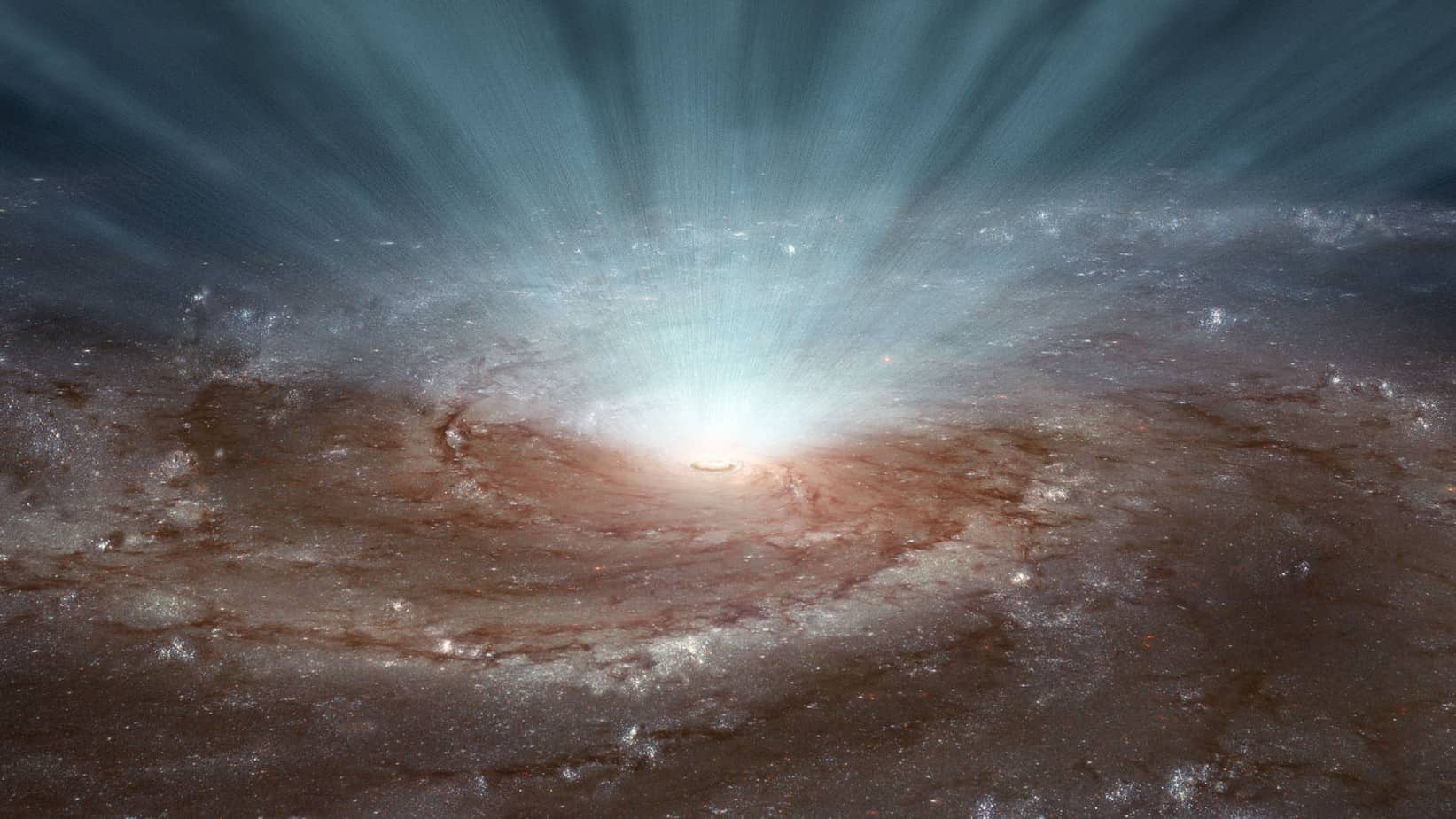 Cast out by winds too fierce to call a home,

You sail on seas unbearable to roam;

The fury of this interstellar gale

Ensured an astral voyage that would fail.

Yet still we see you shimmer in the gloam.

Now as the gases cool they start to foam,

And form a dense and fertile cosmic loam;

An iridescent mist in tempest’s trail.

Into your fragile shell this storm is blown,

Bestowing you with powers once unknown,

Creating clouds that are no longer frail.

So as the gaping void starts to exhale

This is a Rondeau, inspired by recent research which aims to explain how a large number of molecules appear to exist in the winds powered by supermassive black holes in the centres of galaxies, a hostile environment in which matter should not be able to survive.

Since being discovered over a decade ago, the existence of molecular clouds within these ultrahigh velocity winds have puzzled astronomers. Black holes are the most energetic phenomena in the universe, so finding molecules in these environments was unexpected, as previous numerical studies have shown that any molecular clouds should have been destroyed.

This new research theorises that rather than existing molecules from the black hole’s host galaxy, the molecular clouds that are observed are actually brand-new molecules, born in the hostile winds, and with unique properties that enable them to adapt to and then thrive in this harsh environment. By modelling the molecular chemistry in computer simulations of black hole winds, researchers found that this swept-up gas can subsequently cool and form new molecules. Stars form from molecular gas, so this new theory of molecule formation can also explain how new stars are observed to form in these winds.