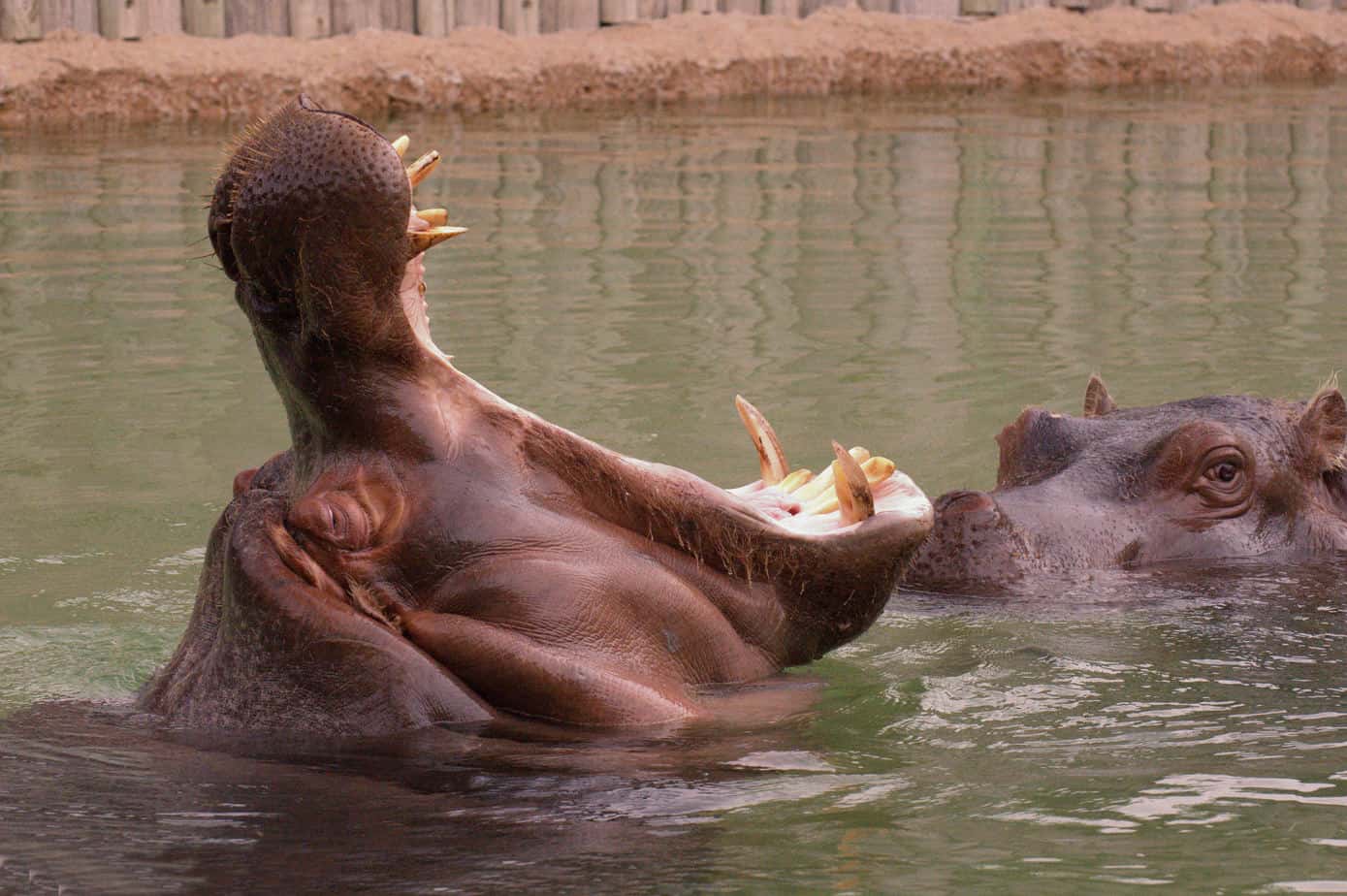 Your pearly whites gleam in the midday sun,

But soon your eyes will close and you will sleep;

There will be no dreams behind your eyelids,

Only the cool steel of the artist’s knife.

A coffee-stained sheet of yellow paper

In a forgotten filing cabinet

Tells us that you are enjoying life out

But in reality, your toothless corpse

Rots, festers in another midday sun.

You are Schrodinger’s hippopotamus;

Both alive and dead – but really just dead.

There is an intricate, ‘beautiful’ vase;

With a broken glaze and a broken smile,

Your pearly whites gleam in the midday sun.

This is a syllabic poem, inspired by recent research which has shown that there is a large discrepancy between the amount of hippo ivory that is officially imported and exported, a scenario that could threaten the survival of the species.

Ivory is a hard, white material from the tusks and teeth of animals, that can be used in art or manufacturing. Traditionally ivory is associated with elephants, but it also comes from the tusk and teeth of walruses, wart hogs, whales, and hippopotamuses. Hippo teeth are traded—legally and illegally—mostly to Asia, where they’re carved into artwork and ornaments.

Since the Convention on International Trade in Endangered Species of Wild Fauna and Flora (CITES) was established in 1975, over 770,000 kg of hippo teeth have been traded internationally, with 90% of this trade passing through Hong Kong, and 75% of the Hong Kong imports coming from Uganda and Tanzania. The researchers in this study found large discrepancies between these import and export figures, amounting to over 14,000 kg of hippo teeth, which represents over 2,700 individual hippos, or 2% of the global population. As the researchers point out, these large discrepancies undermine regulatory measures and pose a significant threat to the survival of hippo populations in these two countries.