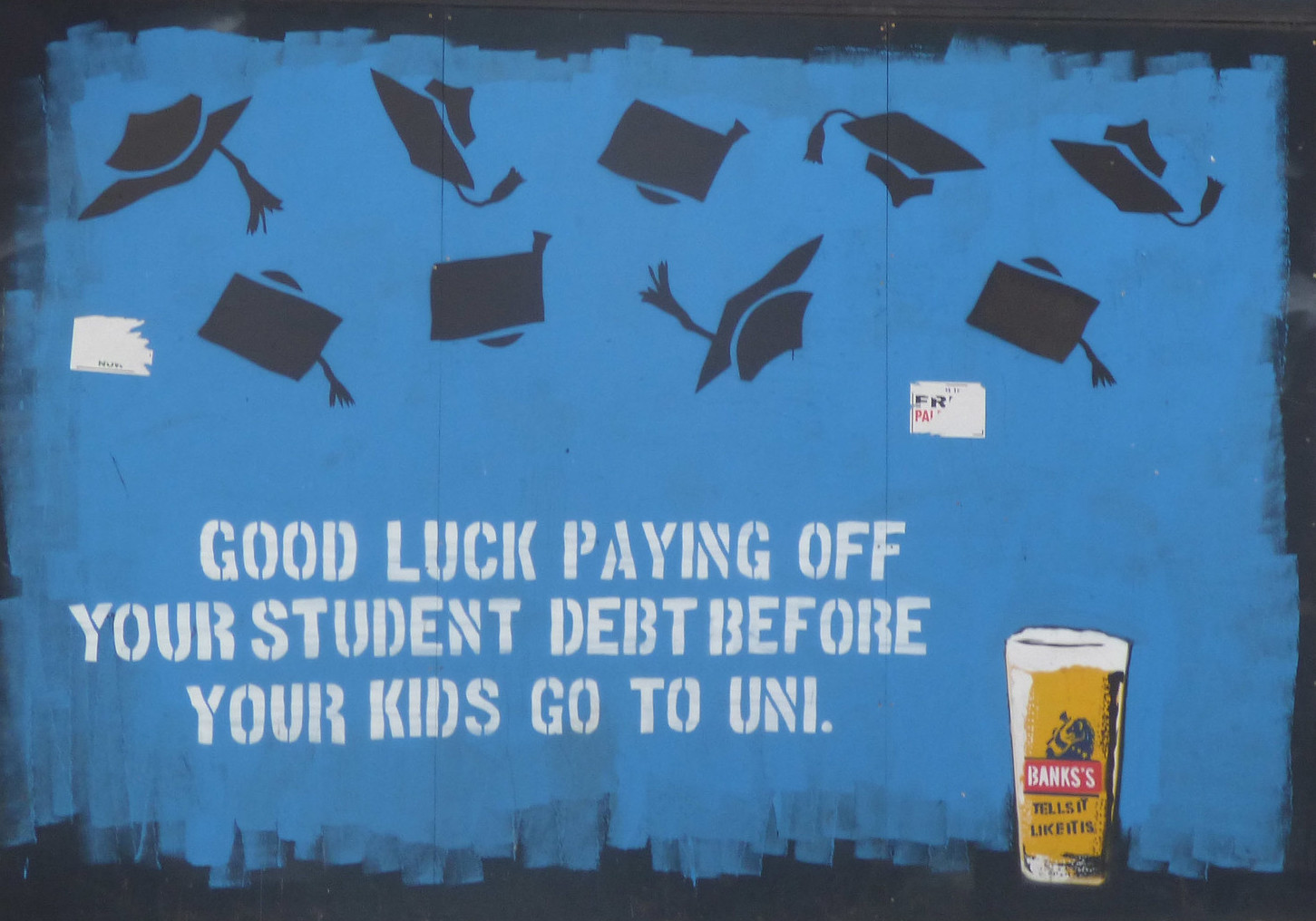 The lecture theatre hums its tune,
a thousand nascent dreams
groping for space between
the dog-eared texts of
lessons learnt and lapsed.
Knowledge marked
in double entry
as loans extend
like unchecked books,
seeping into thoughts
that float with strings attached.
A tightness of thought
wrapping barbed branches
around the satisfaction
of future selves,
schooling sold short
against the coronary risk
of rain.
The freedom of education
borne out to those
who can afford
to pay.

This poem is inspired by recent research, which has found that student debt can impair your cardiovascular health into middle age.

In the United States, of those students who take out loans to fund their university-level education, the average graduates with debts of more than $30,000. As default interest rates for student loans increase, these debts are becoming more and more difficult to pay off, with less than half of borrowers having paid at least $1 toward their principal loan (i.e. the original amount borrowed) even 5 years into repayment. Student debt has also been shown to be a financial stressor that can affect mental health and well-being, negatively impacting sleep patterns, psychological functioning, and overall life satisfaction.

In this new study, researchers used data from the National Longitudinal Study of Adolescent to Adult Health, a panel study of over 20,000 adolescents who were first interviewed during the 1994-1995 school year (when they were between the ages of 12 and 18), and who have been tracked ever since. Alongside analysing the levels of debt that those participants who had attended university have since accumulated, their cardiovascular health was also checked using the 30-year Framingham cardiovascular disease (CVD) risk score. These CVD risk scores consider sex, age, blood pressure, body mass index, and other variables to measure the likelihood of a cardiovascular illness over the next 30 years of life. The researchers found that respondents who consistently had debt or took on debt had higher CVD risk scores than those individuals who had either never been in debt or who had paid off their debt completely. Whilst supplemental analyses suggested that graduating from university provides health benefits even to those with student debt, these benefits were diminished relative to non-debtors. The study concludes that unless something is done to reduce the costs of going to university, the health consequences of climbing student loan debt are likely to grow.