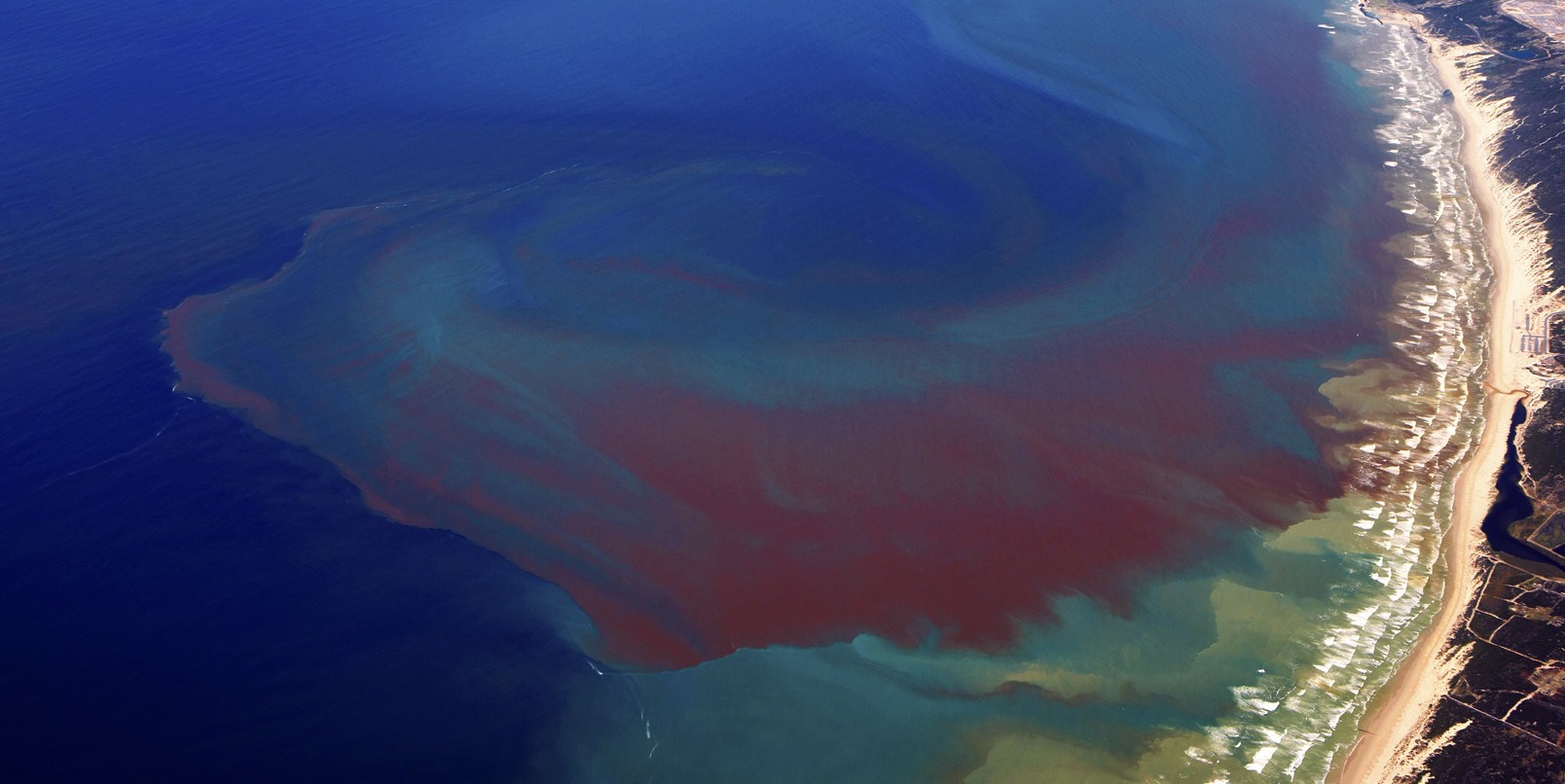 Creeping coils of rust
seep across the sea –
bands of coloured crud
buoyed by build-ups of
our chemical excess.
Irritation,
choking,
prying,
aggregation,
soaking,
dying.
Drowning in the flow
that bleeds beyond
the edges of
our broken shore.

This poem is inspired by recent research, which has found links between red tides and dead zones off the west coast of Florida.

Almost all bodies of water have some algae, but in a red tide, the water changes colour because the population of algae living in the water becomes so dense. Red tides have been around since long before humans. However, certain human activities are making them more frequent. Chemicals from farming, factories, sewage treatment plants and other sources can become dissolved in water on the land, flowing into the ocean, where it can cause the algae to grow faster, leading to red tides. These red tides are becoming a near annual occurrence off the west coast of Florida, where they are caused by massive blooms of the algae Karenia brevis, fuelled in part by excess nutrients in the ocean. The toxins produce by these red tides are harmful to marine mammals, sharks, seabirds, and humans. It is thought that these red tides might even lead to hypoxic events in which vast stretches of open water become depleted of oxygen. Unable to sustain life, these areas, called dead zones, may cause die-offs of fish, shellfish, corals, and aquatic plants.

In this new study, researchers examined nearly 20 years of oceanographic data that included temperature, salinity, and dissolved oxygen from the surface to the seafloor across the West Florida Shelf. They then used these measurements to determine the frequency of hypoxia and its association with known red tides. The researchers found that hypoxia was present in five of the 16 years examined, three of which occurred concurrently with extreme red tides in 2005, 2014, and 2018. This study found that when red tides began in early summer and continued into the fall, dead zones were more likely to also occur. Whilst more research is now needed to confirm this causal link between an upsurge in algae and dead zones, there is now sufficient evidence to confirm that red tides need to be carefully monitored and fully accounted for in future fisheries management.