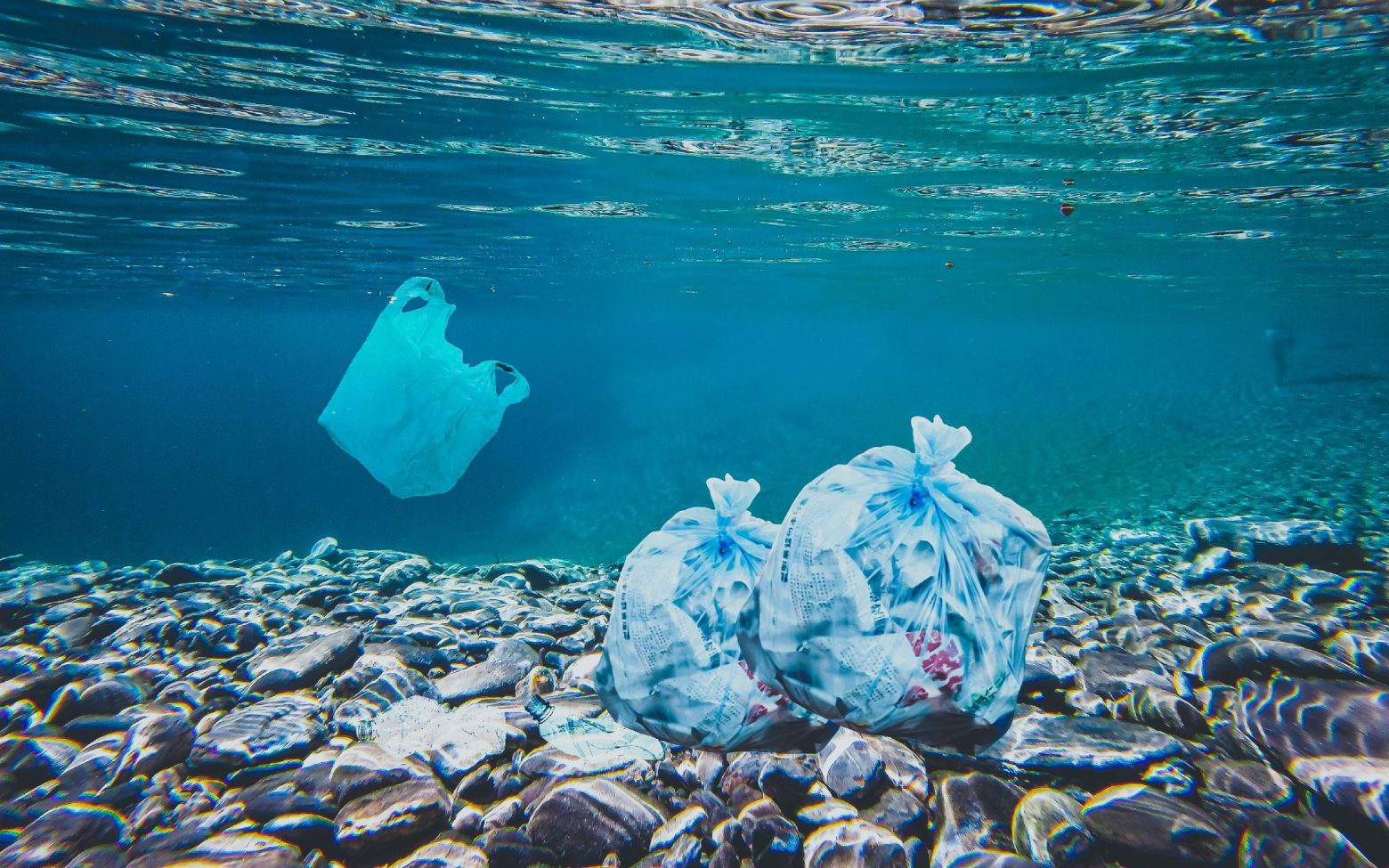 Sunken in the sediment
smudged relics protrude,
translucent waste that
shimmers in its bed of filth.
A menagerie of treasures
that mark our spot
in throwaway tracks:

These are our strata,
remnants of human sewage
draped across the floor.
A smear for future selves
to measure ticking time
against artificial fault lines
and disposable lives.

This poem is inspired by a recent study, which re-considers what is happening to plastic waste in marine and sedimentary environments.

Environmental and health concerns associated with plastic pollution are a long recognised international problem, making up to 80% of all waste that accumulates in the oceans and on the seabed. The sources of such plastics range from commercial ships, vessels, and fishing operations through to street litter, packaging, and production waste. As these plastics degrade, they can leach out toxic substances, thereby poisoning the marine environment. Furthermore, micro-sized (between 1 µm and 1 mm in diameter) and nano-sized (smaller than 1 µm in diameter) plastic particles are increasingly being consumed by marine life that confuse them with food sources.

Despite the damage that they can cause, studies of chemical and biological plastic degradation in deep seafloor sediments are sparse. This study highlights the need for further work in this area, observing that if some plastics can survive for more than 1000 years on land, then they could potentially last for even longer periods of time in ocean trenches that are many kilometres beneath the surface, and which exist in in dark, cold, and high-pressure environments. Similarly, it is unclear how long it takes larger plastics to break down into micro-sized and nano-sized plastics in the deep sea, and what the exact impacts of this are on marine life. The study also highlights that it is not practical to simply extract the existing plastics from the seafloor, as to do so could be more damaging than to leave them in place and would potentially be on a par with the marine devastation caused by deep-sea mining. The study concludes that geologists need to work closely with scientists from other disciplines (e.g., oceanographers, biologists, and chemists) to better understand exactly what will happen to the plastics that are already in our oceans, thereby hopefully putting further pressure on policymakers and legislators to put an end to plastic pollution.