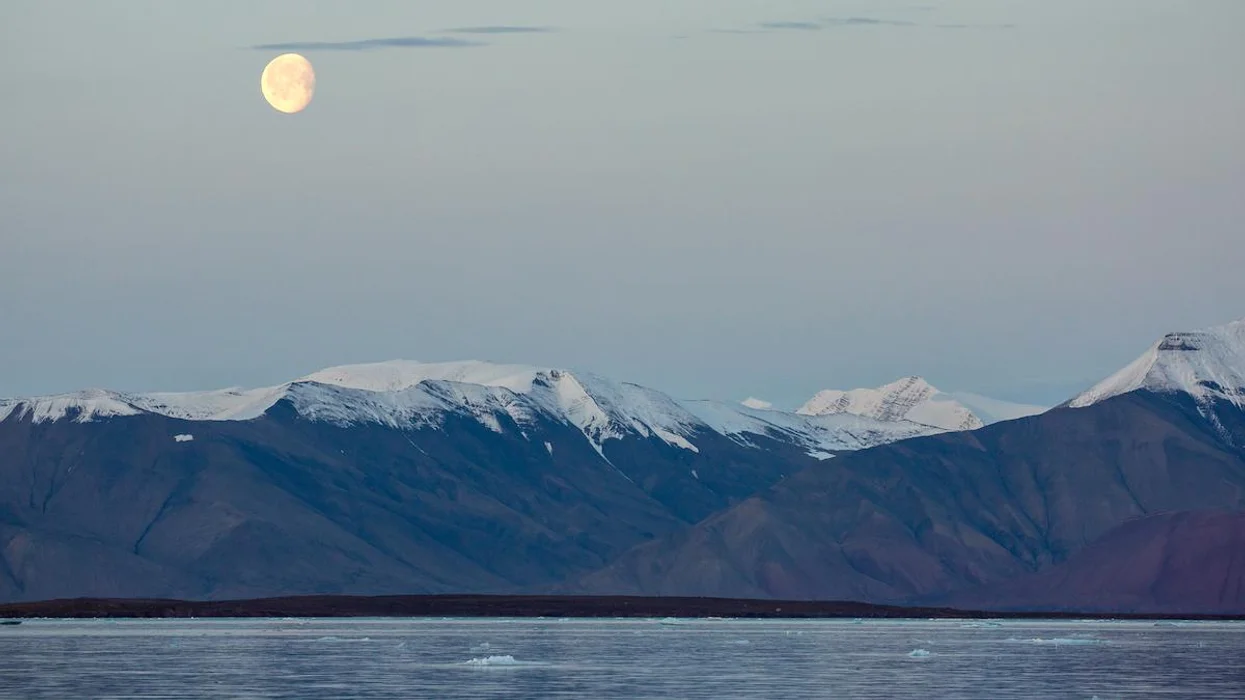 Ancient forces dredge secrets
from beneath the seabed,
undulating stimuli
unearthing memories
of a long-buried past.

We hold our breath
and pray that the
waters will hold them.

This poem is inspired by recent research, which has found that the Moon controls the release of methane in the Arctic Ocean.

The total amount of methane in the atmosphere has increased dramatically over the past few decades, and while some of this is a direct result of anthropogenic (i.e., human-made) emissions from fossil fuels, other sources are not as well understood. Methane is stored in sediments on the seafloor, concentrated in the form of hydrates – crystalline ice structures that stay stable under high pressure and in low temperatures. Several studies suggest that as the ocean warms, these hydrates might melt and potentially release methane into the ocean waters and then ultimately into the atmosphere. As such, exactly how this methane escapes into the ocean is of great importance, and scientists have now discovered that the Moon may play a prominent part in this release.

The Moon’s gravitational pull generates something called the tidal force. This tidal force causes the Earth, and its bodies of water, to bulge out on the side closest to the Moon and the side farthest from the Moon, and these bulges of water are what are known as high tides. By using an instrument called a piezometer, the researchers in this study were able to measure the pressure and temperature of the water inside the pores of the seafloor sediment just off the western coast of the Svalbard Islands in the Arctic Ocean. They found that sediments within a meter from the seafloor are vulnerable to even slight pressure changes: low tide means less pressure and a higher intensity of methane release from these sediments, while high tide equals higher pressure and a lower intensity of the release. These measurements were made in an area of the Arctic Ocean where no methane release had previously been observed, implying that the estimation of methane gas emissions in the Arctic may currently be underestimated. Furthermore, as the region that was studied was many hundred metres below sea level, changes in pressure can increase methane emissions from the sediment into the Arctic Ocean, without releasing the gas into the atmosphere due to the water depth. However, it is unclear if this would also be true in shallower sites, where the possibility that methane will be emitted into the atmosphere is much greater.