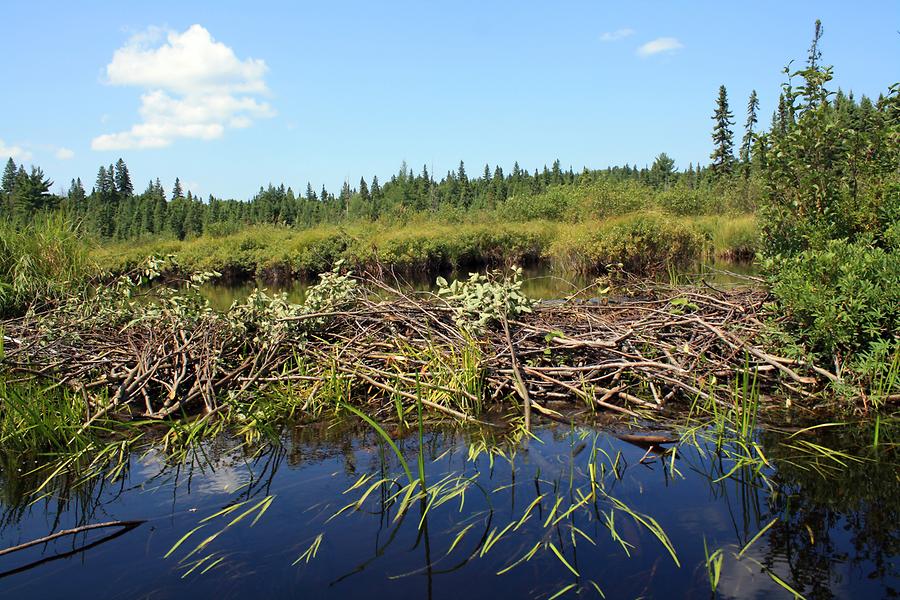 Returning to forsaken lands
you cautiously rebuild
your island homes;
every log, branch,
and mud pile
pressed on with the
precise hesitancy
of re-colonised dreams.

Across pond, marsh,
and wet meadow you
erect your recently-living
edifices –
damp monuments
that cling desperately
to the receding waters.

Deep pools form between
the creases of
your artificial contours,
lubricating the vice
that seeks to choke
the grateful occupants
of these forest oases.

This poem is inspired by recent research, which has found that beavers may help amphibians threatened by climate change.

Beavers were once abundant in the Pacific Northwest but were hunted nearly to extinction during the nineteenth century. Recently however, some land managers have begun to relocate beavers into places that they occupied in the past. This has resulted in the beavers’ numbers slowly recovering and is also having a positive influence on the diversity of certain amphibian species in these regions. By expanding existing ponds and increasing the time that they exist before drying up, beaver dams are allowing these species more time to reproduce and develop.

In this new study, researchers identified 49 sites within the Gifford Pinchot National Forest, located in the southern Washington Cascade Range of the northwest United States. By looking at study sites that did and did not contain beaver dams, the researchers found that sites with beaver dams contained almost three times more variety of species than the undammed sites. They also found that certain types of amphibians, particularly those that develop more slowly, such as red-legged frogs and northwestern salamanders, were found almost exclusively in the dammed sites. The results of this study indicate that beavers could play a pivotal role in ecosystem restoration, management, and climate adaption, especially in those regions that are expected to undergo significant drying episodes brought about by climate change.