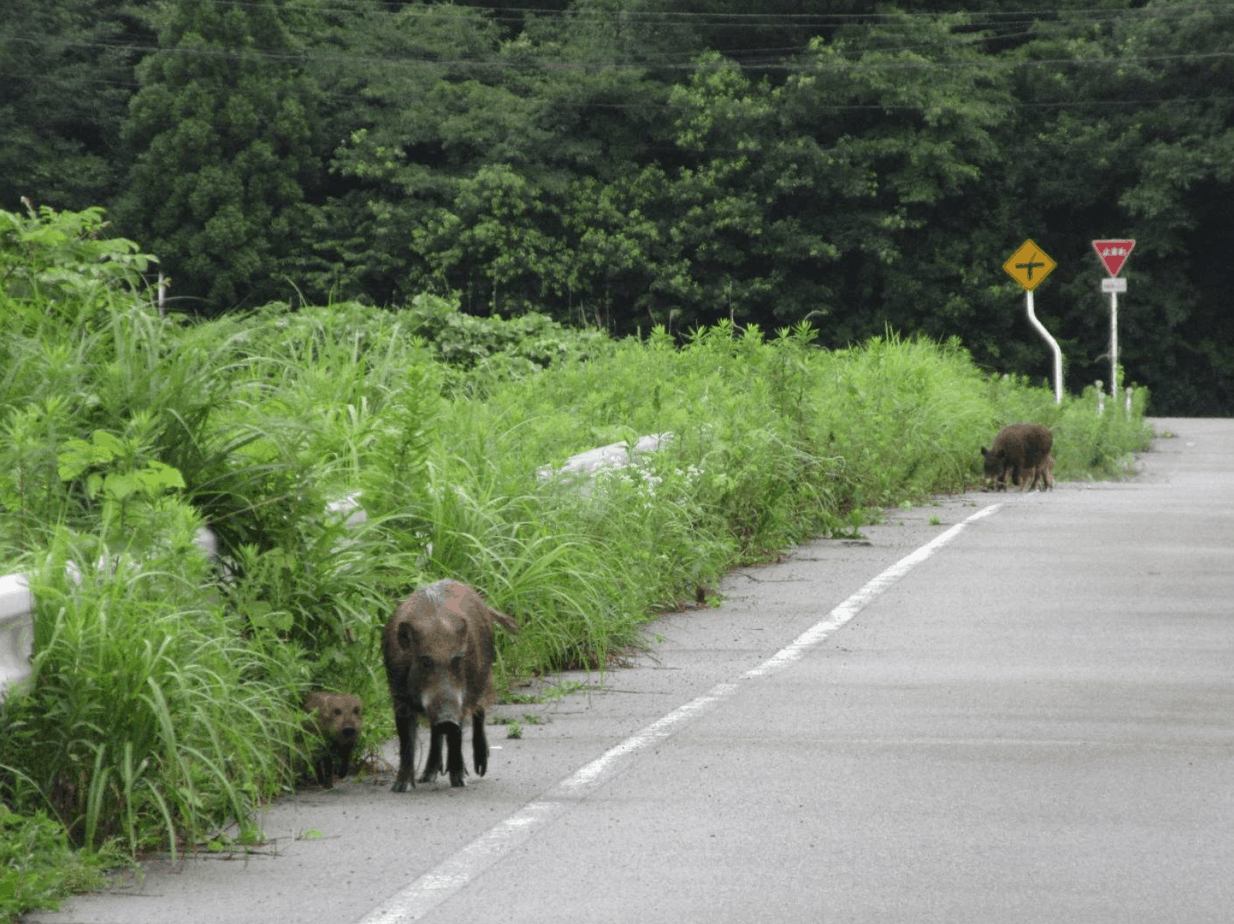 After the accident the forest returned,

in a gentle, unfamiliar embrace.

Stacks of contaminated televisions lie in

for the returning fauna.

Computer screens that once glimmered

tainted by a film of excrement,

and something that we mustn’t name.

undeterred by the threatening

names that we have conferred,

and which they have

our evacuation excluding them

no longer as they stomp past

in the solitude of our retreat.

After the accident the forest returned,

staking a claim to the life

This poem is inspired by recent research, which has found that nearly a decade after the nuclear accident in Fukushima, Japan, wildlife populations are abundant in areas devoid of human life.

Following a major earthquake on the 11th March 2011, a 15-metre tsunami disabled the power supply and cooling of three reactors at the Fukushima Daiichi Nuclear Power Plant, causing a nuclear accident. In response to this accident, the Japanese government evacuated humans from the area, and whilst there has been considerable interest in understanding the ecological impacts of the nuclear accident, there remains much speculation regarding the status of wildlife species in the surrounding area.

In this new study, photographic data was gathered from 106 camera sites across zones of high, intermediate, and very low levels of radiation. In total over 267,000 wildlife photos recorded the activity of more than 20 species, including wild boars, pheasants, foxes, and raccoon dogs. By analysing these photographs, the researchers were able to show that despite chronic exposure to levels of radiation that forced humans to evacuate, populations of many species of animals have responded favourably to the removal of humans from the landscape. These findings are in agreement with recent studies in the area surrounding the Chernobyl Nuclear Power Plant, providing additional evidence for the rewilding of landscapes following human abandonment, even in the presence of high levels of radioactivity.