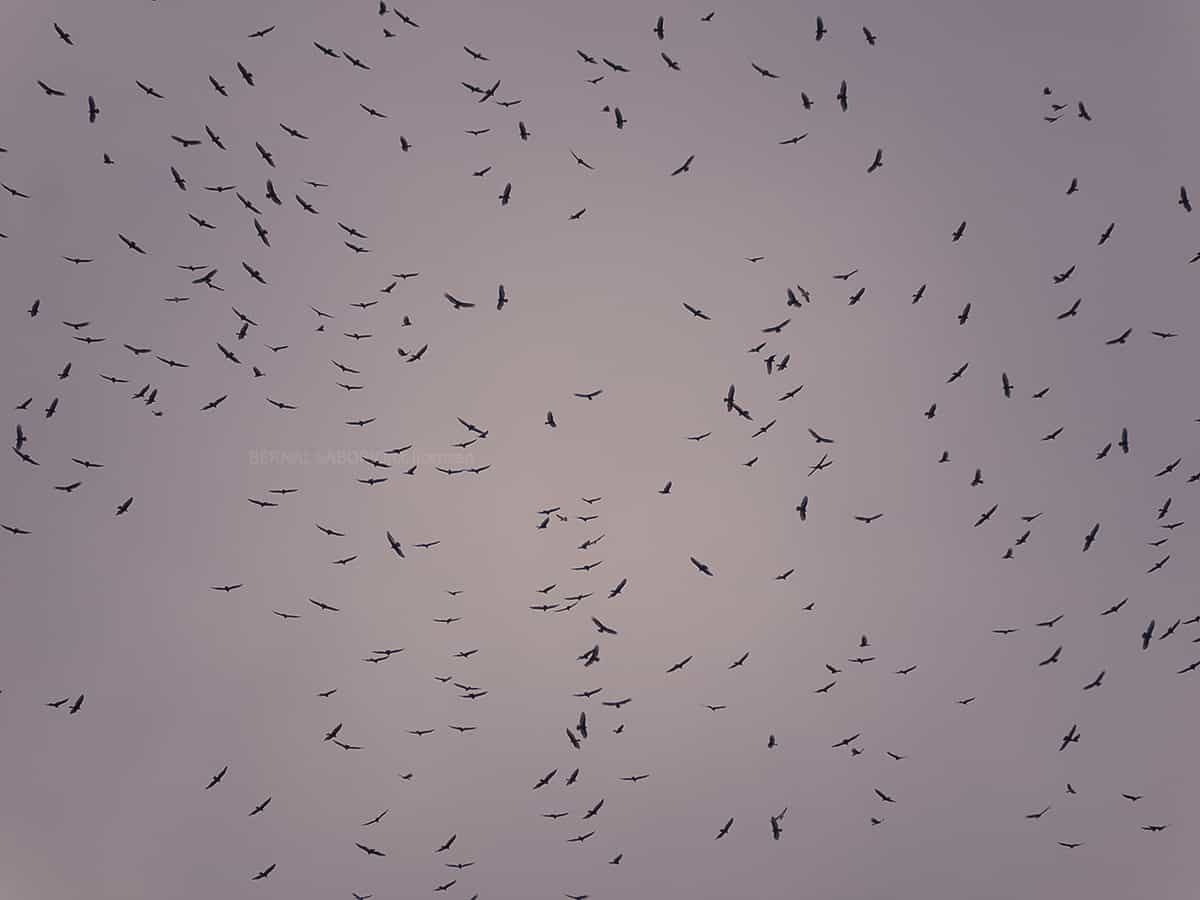 In swathes of fractured colours

you wheel across unbroken skies,

a kaleidoscope of memory

to the subtleties of scale.

we sift your shifting patterns

from the shimmering rains;

have become littered with

as vegetation and insects

emerge out of step

with the rhythm of your migration;

A still and muted future of

This poem is inspired by recent research, which has found that climate change is affecting the timing of bird migration on a continental scale.

Bird migration is a global phenomenon that involves billions of birds, and which has evolved over time, largely as a response to changing climates. For example, every autumn as temperatures drop and insect populations decline, birds migrate across the United States in search of more food availability and warmer climates for their nests, before flying back to mate in the spring. This annual migration serves an important role in maintaining healthy ecosystems; however, it would appear that climate change is causing nocturnal birds throughout the United Stated to migrate to and from their breeding grounds earlier than they have done previously.

In this new study, researchers analysed 24 years of radar data to determine how anthropogenic climate change affects bird migration at a continental scale, with the researchers examining data from thousands of nights for hundreds of different species. Spring migration patterns, in particular, were observed to have changed considerably, with regions that have warmed the most rapidly in recent years seeing the greatest changes in migration timing. For example, in northern latitudes a shift of 1.5 days per decade has been observed. The fact that any observable change is seen across such a huge and diverse array of bird populations indicates that it is likely the entire bird migratory system (rather than an individual species) that is shifting because of climate change.