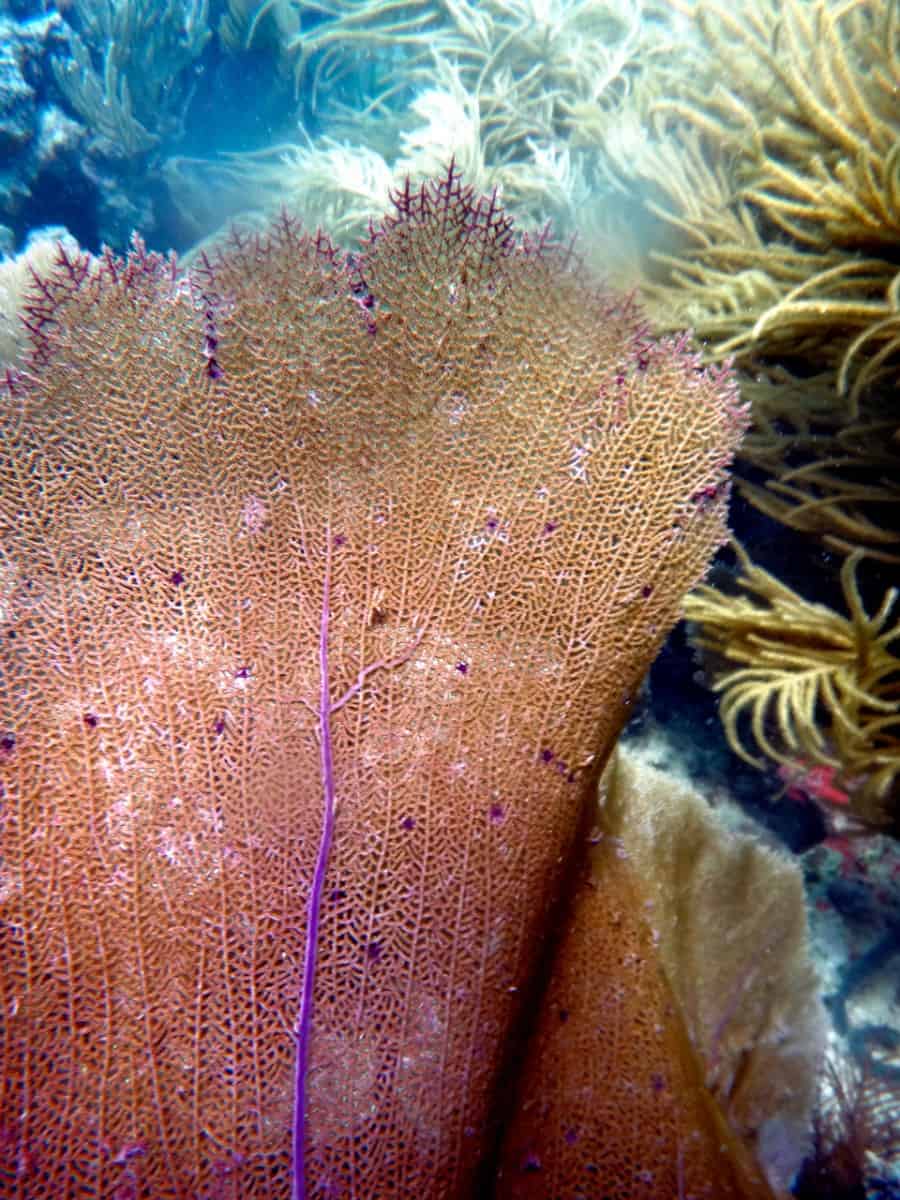 smeared across the ferns,

leaches from beneath a bow.

that rise without restraint.

This poem is inspired by recent research, which has found that metal pollution from agriculture and shipping poses an emerging threat to coral reefs.

Previous studies have shown that warming oceans pose a significant danger to coral reefs around the world, and while actions to alleviate the impact of these warming oceans is a priority, understanding the role of pollutants in the death and disease of corals (and how this is affected by temperature) is also essential. Metal pollution has long been known to have a negative effect on coastal marine environments, with copper pollution in particular shown to cause physiological stress and immune suppression in certain species. However, despite the risks that copper (and other metal) pollution potentially poses to coral reefs, there have previously been no in-depth studies on how these pollutants affect coral immune systems.

In this new study, researchers tracked 175 sea fan colonies (horny corals with a vertical treelike, or fanlike, skeleton) over a one-year period across 15 sites near Porto Rico. Sources contributing to copper pollution in this region include traces from antifouling paints on boats and anti-microbial biocides from agriculture. By tracking the varying levels of copper concentrations and comparing this to incidences of multifocal purple spots disease (a parasitic disease which manifests as 1-3 mm purple spots, damaging the tissue of the coral), they found that reefs with higher copper concentrations in the sediment suffered a reduction in recovery from the disease. Conducting further experiments in the laboratory, the researchers found that when copper concentrations were increased, the sea fans’ immune response failed, suggesting that copper stressed the sea fans and reduced the capability of their immune systems. Tissue damage was also found to be greater in instances of higher copper and warmer temperatures, in both the marine and laboratory environments. This research therefore demonstrates that reducing copper and other pollutants can help corals fight disease, which may be more prevalent in warming oceans.