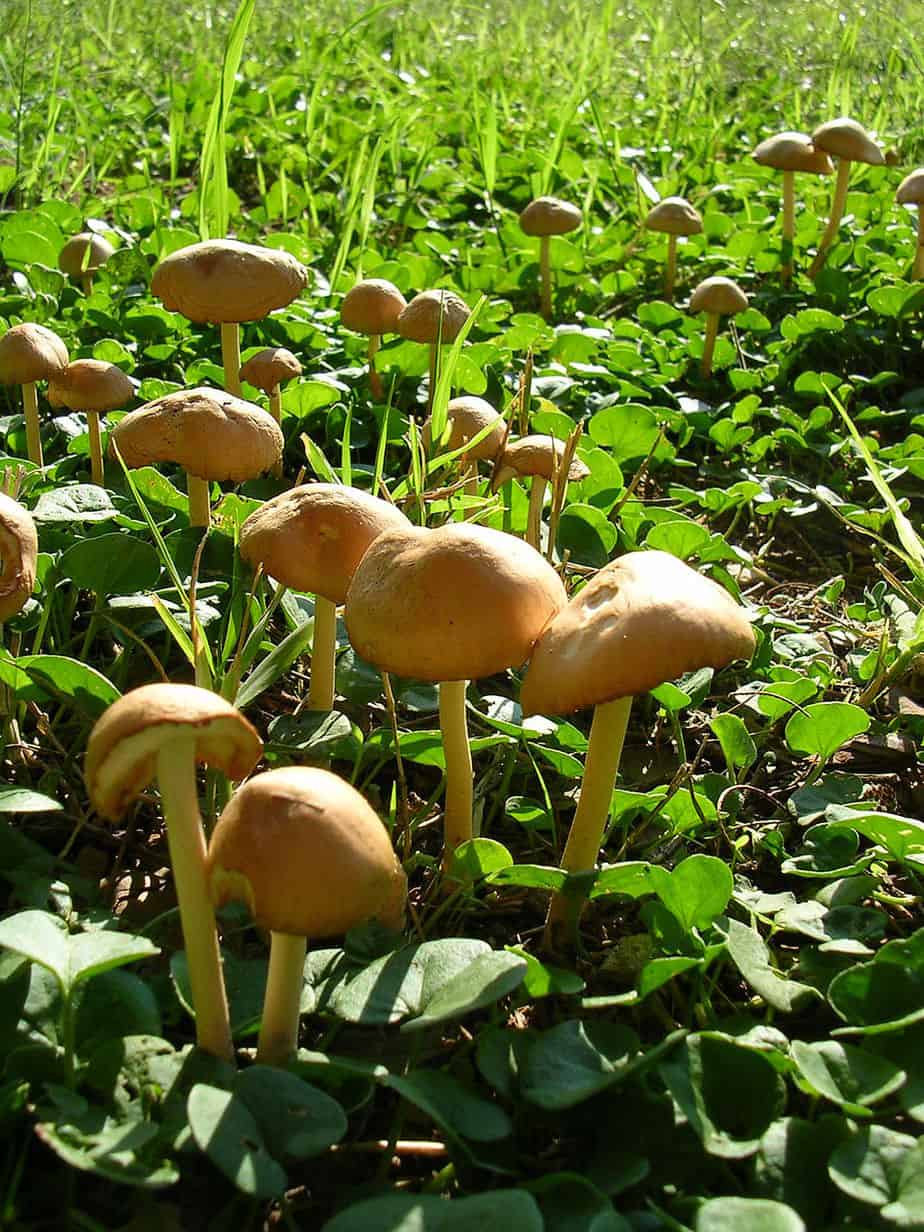 Beneath the dewy grass you seep,

Wispy tendrils splayed out as complex

Breaking through the earthy tomes

A myriad of insignia that litter the landscape,

Revealing your presence in cascades of colour.

We map the subtleties of your tone,

Decomposing this aural splendour into:

A histogram of colour that

Renders your brilliance into

Picking through these pigments

We plot the frequency of fruit,

Charting it against climatic change

To reveal patterns that two-step

Across the page with regimented precision.

Your shadows darkening with

Glimpses of this complex web of stories

That lie buried beneath your surface.

This poem is inspired by recent research, which has found that mushrooms tend to be darker in colder climates, thereby allowing them to heat up more rapidly and increasing their chances of survival.

The thermal melanism hypothesis predicts that dark (low skin reflectance) individuals are at an advantage in cool climates as they heat up faster than lighter (higher reflectance) individuals. This has previously been shown to be true for ectothermic (cold-blooded) animals such as amphibians and reptiles. Researchers have theorised that it might also be true for fungi, predicting that dark-coloured mushrooms heat up more rapidly than light-coloured mushrooms and, therefore, have advantages, such as increased reproductive success, in cold environments.

To test their theory, researchers investigated the distribution of over 3000 species of fungi throughout Europe, analysing the lightness of their coloration and the typical climatic conditions in their respective habitats. The results showed a clear correlation, with darker mushrooms observed in colder climates. This research supports the thermal melanism hypothesis for mushroom-forming fungi, with future research now needed to fully understand the biology of colours in the fungal kingdom.

4 thoughts on “Growing Dark in the Cold”