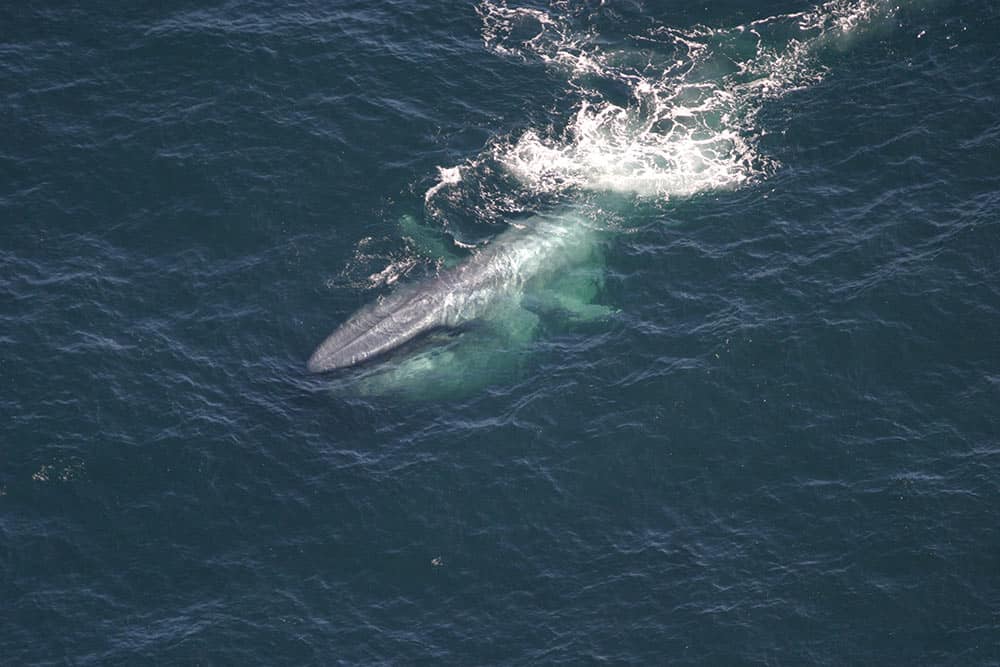 A balletic grace with unparalleled force

That silently slips between the spheres

As a distant rumble announces time.

Reaching into your deepest recesses

You absentmindedly cast-off towards the north,

Upwelling shadows beckoning you to feed.

The hairy fringes of your mouth begin to bristle

As you approach your ancient hunting grounds;

You barely notice the change in current,

Effortlessly shifting your bulk to move into

Cooler waters that you must have misplaced;

Forgotten statues in your memory palace.

You close in on the certainty of your meal,

Lips parted in a silent snarl of ravenous intent

As you arrogantly lunge towards a sated certainty.

But there is nothing left, as you turn awkwardly;

Your maps now obscure and unworkable.

This poem was inspired by recent research, which has found that blue whales rely on their massive memories more than environmental cues in order to find their prey.

Blue whales are the largest animals ever known to have lived on Earth; they can grow up to 30 m in length, weigh an average of 140 tonnes, and live for 80-90 years. Humans have long been entranced by these magnificent mammals, yet there is still much to discover about their migratory, breeding, and feeding habits. For example, whilst we have long known that their primary diet is krill (small shrimp-like creatures, typically less than a few cm in length), researchers have previously been uncertain as to how blue whales actually locate their prey.

By analysing the movements of 60 tagged blue whales over a period of 10 years, and comparing this data with satellite-based measurements of krill productivity, researchers have now shown that blue whales almost perfectly match the timing of their migration to the historical average timing of krill production. This would suggest that blue whales locate their prey by relying on memory to return to sites where they have previously encountered large amounts of krill. Historically this approach has served them well, but it could make it very difficult for the blue whales to adapt to any ecosystem changes brought about by climate change.