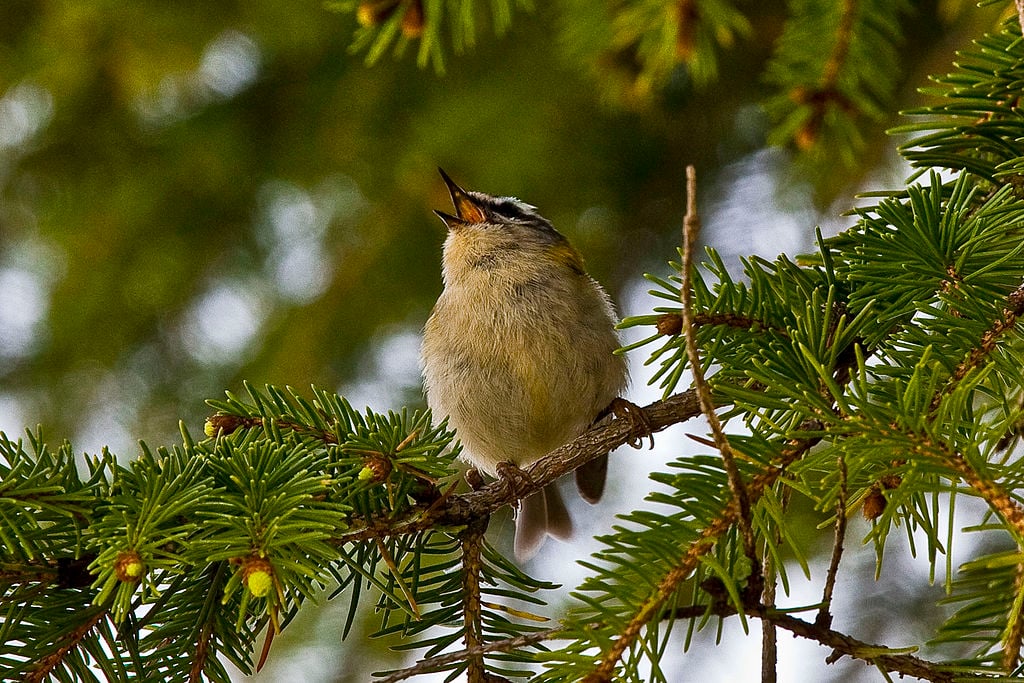 Dawn breaks over the
diminishing sound
of forced retreat.
A chorus constrained
by the bare and callow noise
that permeates our bandwidth.
Concerned communities
trace this diminuendo
of diversity,
captured by
acoustic accoutrements
to forecast
future soundscapes
stripped clean
of tone
and pitch
and voice.
The impending silence
scored firmly
by our
extinction of
experience.

This poem is inspired by recent research, which has found that the sounds of spring are changing, with dawn choruses across North America and Europe becoming quieter and less varied.

The extinction of experience concerns the loss of human-nature interactions. These interactions can take a wide diversity of forms, including walking in wilderness areas, visiting urban greenspaces, listening to bird song, picking flowers, or catching insects. Sadly this extinction of experience is driving a growing human-nature disconnect, with negative impacts on physical health, cognitive ability, and wellbeing. Not only does this loss reduce the important benefits that people gain from these interactions, but it may also undermine their support for pro-biodiversity policies and management actions, and thus play an important role in shaping the future of biodiversity. As such it is extremely important to help make some of these losses more visible and accountable.

In this new study, researchers used annual bird count data for more than 200,000 sites across North America and Europe and combined these with recordings for over 1,000 species from an online database of bird calls and songs. This was then used to reconstruct historical soundscapes for these sites from 1996 to 2018, with their acoustic characteristics quantified using four indices designed to quantify the diversity and intensity of each soundscape as a whole. In analysing these indices, the researchers found a widespread decline in the acoustic diversity and intensity of these natural soundscapes, driven by changes in the composition of bird communities, with this decline most pronounced during spring, when birds are most vocally active. The researchers also observed that those sites that have experienced the greatest declines in bird populations also had the largest declines in acoustic diversity and intensity. This research highlights that action is now needed to ensure the protection and recovery of high-quality natural soundscapes to prevent their further deterioration, and to safeguard against the associated impacts that this loss will have on our own connection with nature, to try and halt this extinction of experience.

2 thoughts on “Shifting Sounds in Spring”