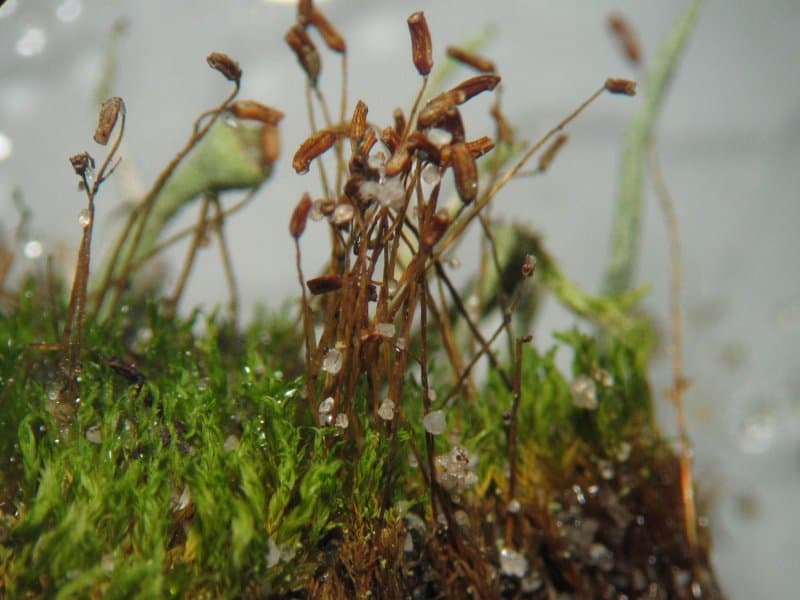 Spread out like a living
blanket of dewy jade,
the fire moss basks
in its ubiquity.
Verdant carpets that
stretch out
across the forest,
over the pavement,
and up,
up,
on to the rooftops
of our fabricated
treetop homes.

Strips of mottled green
that lie in rootless
ordered bands,
carried across oceans
on unseen hands –
their delicate touch
brushing off
the hidden geographies
of this
turbulent dispersal.

This poem is inspired by recent research, which has found that global wind systems are responsible for mosses becoming one of our planet’s most widely distributed plants.

Mosses are any of at least 12,000 species of small, spore-bearing land plants. They are one of the oldest plant groups on Earth and are distributed throughout the world except in areas of saltwater. Most mosses grow in damp, shaded places, but they are extremely resilient organisms that can survive in almost any condition, thriving in forests, rooftops, pavements, and even polar climates. However, exactly how mosses have come to occupy almost every nook and cranny of our planet is not entirely clear. In this new study, researchers have shown that there is a remarkable overlap between global wind patterns and the way in which one species of moss has spread over time.

Ceratodon pupureus (which goes by the more common names of fire moss, redshank, and purple horn toothed moss, depending on geographic location) is one of the world’s most widespread moss species, with its high tolerance to pollutants meaning that it is common in many urban and industrial environments. In this study, researchers used genetic samples from fire moss collected from dried plant collections (or herbaria), from around the world. These genetic samples were then used to build an extensive evolutionary tree, and by comparing this to global wind patterns, the researchers were able to show that these global patterns were responsible for similar species of moss being observed in distinct latitudinal bands. For example, moss spores from North America are likely blown by the prevailing Westerlies across the Atlantic to Denmark. As well as helping to determine the provenance and distribution of mosses, these findings could also help to explain the spread of other organisms, such as bacteria and fungi which are also spread via microscopic airborne particles transported by the wind.