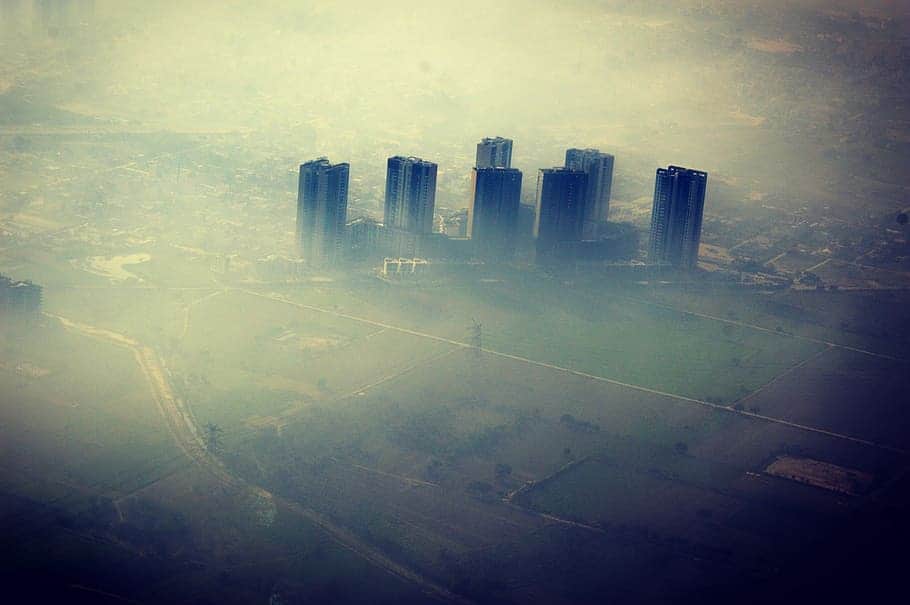 forth our tainted offerings of

to suck poison from the

Inside these effigies of excess

This poem is inspired by recent research, which has found that rising carbon dioxide levels may directly harm our ability to think.

Fossil fuel emissions from human activities are elevating atmospheric carbon dioxide (CO2) to levels that are unprecedented in human history. This increase in CO2 (and other greenhouse gases) is responsible for the effects of global warming that Earth is currently experiencing. This warming can lead to catastrophic events such as sea level rise and an increase in extreme weather events, both of which could thus be considered to be indirect effects of elevated atmospheric CO2 concentrations. However, as well as these indirect effects there are also several direct effects that need to be taken into account, such as ocean acidification, vegetation growth, and the effects of indoor CO2 levels on cognitive function.

When we breathe air with high CO2 levels, the CO2 levels in our blood rise, reducing the amount of oxygen that reaches our brains. In turn, this lack of oxygen can increase sleepiness, heighten anxiety, and ultimately impair our cognitive function. Global outdoor CO2 concentrations currently stand at around 410 parts per million (ppm), i.e. for every one million molecules of air, 410 of them are CO2 molecules. Guidelines indicate that the upper limit for the acceptable conditions of indoor air quality in rooms is 600 ppm. However, indoor pollution levels are often much higher than this; for example, according to the United States’ Environmental Protection Agency, the average concentration of indoor CO2 levels measured in public and commercial office buildings in the United States in the mid–1990s was closer to 1400 ppm. At this level, CO2 concentrations may cut our basic decision-making ability by 25%, and complex strategic thinking by around 50%. Whilst there may be ways to adapt to higher indoor CO2 levels (such as improved ventilation), the best way to prevent cognitive impairment is ultimately to reduce CO2 concentrations by cutting fossil fuel emissions.