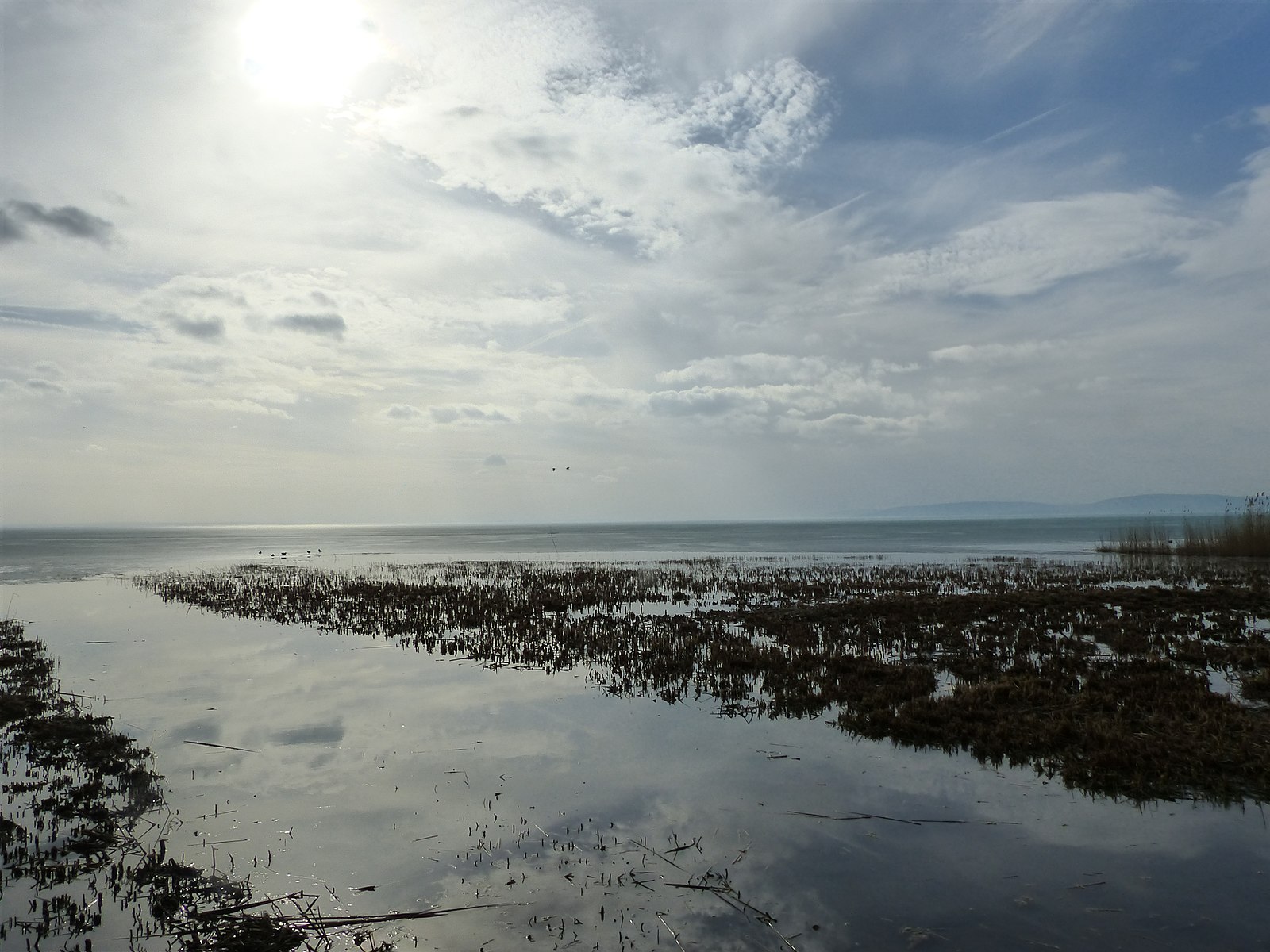 Golden rays of winter’s sun
pierce through the roof-shingle
of the channel-sky,
forbidden warmth enfolding
frozen robes that shudder
at the touch
of an assumed advance.
Green tendrils creep
through the cracks,
seeping into existence
through the suffocation
of this reflected life.
Shimmering surfaces glisten
in the dappled light,
rolling waves lapping
at distant shores
that once seemed closer.

This poem is inspired by recent research, which has found that 5,700 lakes in the Northern Hemisphere may permanently lose ice cover this century because of global warming.

Lakes provide vital freshwater for many ecosystems and human populations, and during the winter months, ice cover helps to minimise evaporation rates from these lakes. Without this ice cover, evaporation rates would increase, and water levels could decline, thereby severely affecting the quantity and quality of this fresh water supply. Furthermore, in years where there isn’t ice cover or when the ice melts earlier, water temperatures are also warmer in the summer, and there is an increased presence of algal blooms, some of which may be toxic. This new study looked at 51,000 lakes in the Northern Hemisphere to forecast whether these lakes would become ice-free based on predicted winter temperatures for a range of different climate change scenarios.

By looking at lake ice records dating back over 1,000 years, the researchers in this study found that when the air temperature was above -0.9°C, most of these lakes no longer froze. For shallower lakes, the air temperature could be a little bit higher (around 0°C), whereas larger and deeper lakes need colder temperatures to freeze (some as low as -4.8°C). By combining this data with the predicted winter temperatures, the researchers found that at current greenhouse gas emissions, close to 5,700 lakes in the Northern Hemisphere may permanently lose ice cover this century, with 179 of them predicted to lose it in the next decade. The most at-risk lakes are those in southern and coastal regions of the Northern Hemisphere, some of which are amongst the largest lakes in the world. As well as the freshwater that these lakes provide, millions of people rely on the ice on these lakes for transportation, food, and recreation. For example, without ice, the multi-billion-dollar winter recreation industry may collapse in southern and coastal regions by the end of this century. It is clear that more aggressive measures to mitigate greenhouse gas emissions are needed to stop this lake ice from melting, not only for the conservation of the lake’s ecosystems, but also for the wellbeing of the millions of people who depend on ice ecologically, socio-economically, and culturally.