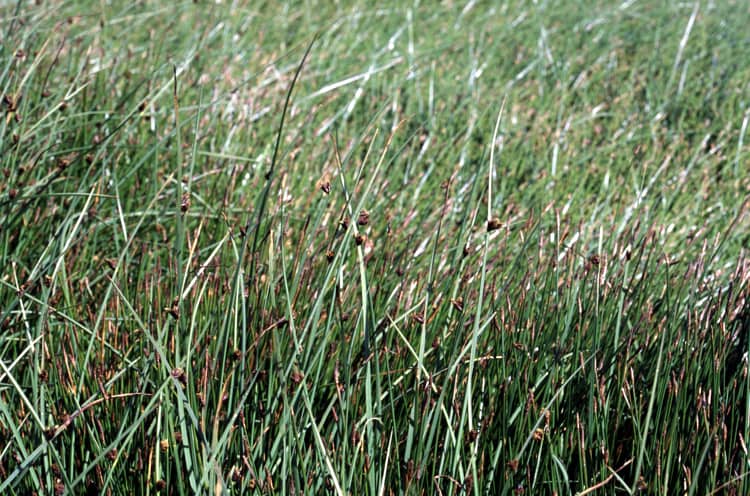 Choking on the excessive vapours

Of our abandoned debauchery

In artificial chambers of soil and sedge.

Fly too close to the sun,

Goaded by an elevated fixation

That cannot support the

Consequence of its ambition.

Meanwhile, beneath a moistened

Replicating their architecture with

Sailors in a sinking ship,

A dense network of bailing limbs that

This poem is inspired by recent research, which has found that marsh plants grow shorter, denser stems under high levels of carbon dioxide, which can actually help them resist sea level rise.

The average atmospheric carbon dioxide (CO2) concentration has increased from 280 parts per million (ppm) to over 400 ppm since the Industrial Revolution, and is projected to exceed 900 ppm by the end of this century. In order to predict what effect this will have on a variety of plants, researchers in the United States have been artificially raising CO2 for more than 30 years in a controlled environment, tracking how marsh plants grow in a world where atmospheric CO2 matches levels that we could see by the year 2100.

In these high CO2 environments, the biomass of marsh plants was observed to increase by 20%. However, despite this increase in overall bulk the individual stems of the plants were found to have shrunk in size by 16%. This shrinking occurs because there is not enough nitrogen for each of the plants to grow individually, meaning that the increased CO2 instead causes the plants to spread their roots farther belowground, attempting to draw more nitrogen from the soil. A denser network of roots enables the marsh to build more soil and protect it from erosion; in turn this additional soil causes the entire elevation of the marsh to increase, giving it a better chance of outpacing the rising sea levels that will accompany continued global warming.