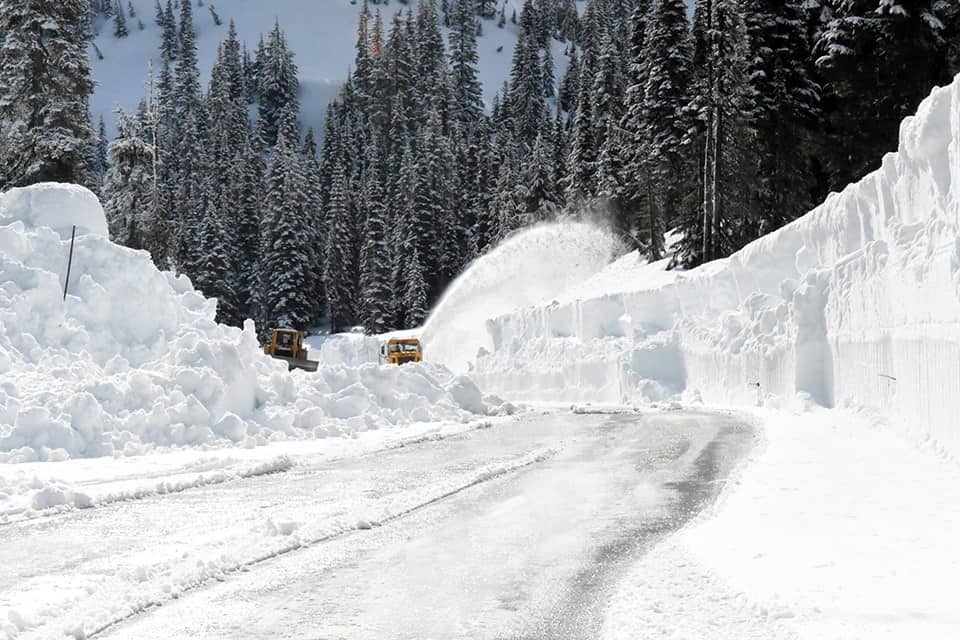 Against a late November sun.

Weighed down by the burden

Of frigid memories that

Will later flow as torrents

Into empty reservoirs and

In this frozen future fabric,

Across rocky murals of

Hinting at the threadbare

Canvas that lies ahead.

The clarity of their retreat

Washed out in the

A century of frost:

Spaces of earth and sky.

This poem is inspired by recent research, which has found that snowfall frequency is declining across the Northwest United States.

In the Northwest United States, global warming poses a serious risk to the mountain snow which helps to supply freshwater across the region. Snowpack (a mass of lying snow that is compressed and hardened by its own weight) acts as a natural reservoir, providing water throughout the drier summer months and impacting the water supply, which in turn can affect agriculture, wintertime flooding, and recreational activities such as skiing and boating. Rising temperatures will likely lead to an increase in the proportion of precipitation falling as rain instead of snow, and so using climate models to determine the future snowfall in this region is very important in trying to understand how the water supply will be affected. Unfortunately, these models are generally quite coarse, and find it difficult to accurately calculate local changes across mountainous landscapes.

This new research proposes using changes in freezing level to better model future snowfall frequency across this region. The freezing level is defined as the lowest altitude in the atmosphere, over a given location, at which the air temperature is 0°C, and as such it indicates where falling snow begins to fall as rain. By modelling the freezing level at 157 locations across the Northwest United States, the researchers in this study have been able to predict with a much greater spatial resolution what will happen to the amount of snowfall in this region across the 21st century. Overall, they found that with warming temperatures, average snowfall frequency will decline across the entire Northwest United States by 2100, and at a much faster rate if greenhouse gas emissions are not reduced dramatically.