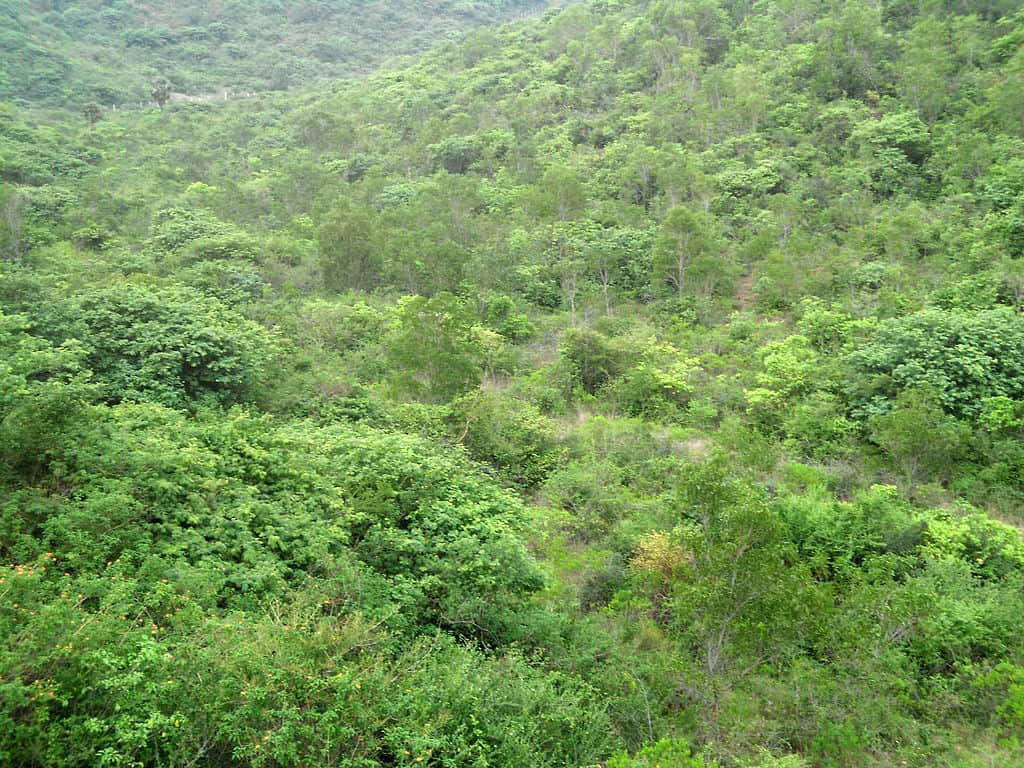 Your crown of precious hues

Glimmers in the setting sun;

A steadfast declaration that

Your appearance will not be

Ordained by the passing of time.

Across your jaded fingers,

Across a living canopy.

Every mouthful an aftertaste

By the apathy of your appetite.

This poem is inspired by recent research, which has shown how the seasonality of photosynthesis can be tracked from space by the fluorescent ‘glow’ of a forest.

Photosynthesis is a chemical reaction that takes place inside a plant, producing food for the plant to survive. The total production of chemical energy resulting from photosynthesis is called the Gross Primary Production (GPP), and as photosynthesis involves plants ‘breathing in’ carbon dioxide (CO2), the GPP of a forest tells scientists how much CO2 these systems are removing from the atmosphere, which is crucial for tracking the global carbon cycle. In recent times, scientists have tended to rely on satellites to monitor the colour changes of deciduous forests in order to track GPP. In autumn and winter, the leaves of deciduous trees turn brown and drop off, with the chlorophyll returning in spring and summer as green leaves, leading to an increase in photosynthesis and GPP.

As evergreen trees retain their chlorophyll-filled green needles throughout the year, this approach cannot be used for mapping their GPP. However, an alternative method for doing so comes via the form of Solar-Induced Fluorescence (SIF). Photosynthesis occurs when the sun’s energy excites chlorophyll into a higher energy state, and when it returns to its normal state it emits a photon, with this emission of light referred to as SIF. While this ‘glow’ is not detectable by the human eye it can be picked up by satellites, and as such scientists can use it to better understand the seasonal cycles of GPP in evergreen forests, and with it their effect on the global carbon cycle.