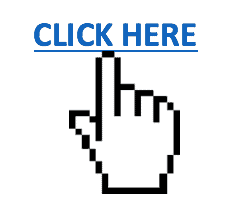 To yet another series of letters,

Your eyes become accustomed to the pace.

You scan across each inky horizon,

With lethargic pupils that shift and drift –

You find yourself comforted (and now bored),

The two-toned font asserts its expectance.

You may or may not have realised that

There are ten syllables in each line you

Are reading (give or take a regional

Accent or two). Have you also noticed

That the sentences are now spilling o-

ver the line breaks and that the words are be-

ing sawn in half like a cheap magic trick.

The page, causing your eyes to hesitate.

Was it the siting of the elephant?

Or your search for the buried memory

That this was just another word for blue.

This science poem was inspired by recent research, which has found that hyperlinks only slow down reading speed when the linked word is unfamiliar, and that this effect is independent of link colour.

A hyperlink is a link from a hypertext document to another location, activated by clicking on a highlighted word or image, and they are almost always formatted as blue text. There is some debate as to why hyperlinks are blue with Sir Tim Berners-Lee stating that the decision appears to have been reached at random, whilst others point to the fact that this colour was chosen purposefully because almost no one has a blue colour deficiency, i.e. nearly everyone can distinguish blue as a colour different from others. Whatever origin story you choose to believe, blue has been the default colour of choice for hyperlinks since the early days of the Internet, but until now there been very little research into monitoring how this choice of colour affects readability and comprehension.

In this new study, researchers tracked the eye movements of volunteers every millisecond as they read text on a computer screen, to determine how long readers dwelt on individual words, how often they skipped a word, and how often they re-read part or all of a sentence.

The researchers found that the choice of specific colour didn’t affect how long readers spent on a word, except if the word was grey, and to a lesser extent green, which both increased fixation time, presumably because they provide less contrast with the screen background. The researchers also found that single hyperlinks were given more attention than multiple hyperlinks appearing in the same document, and that readers tended to dwell longer on linked words and to re-read sentences if the hyperlinked word was uncommon. These findings would suggest that hyperlinks can be used to highlight important information and draw the reader’s attention to important areas of text on a website.