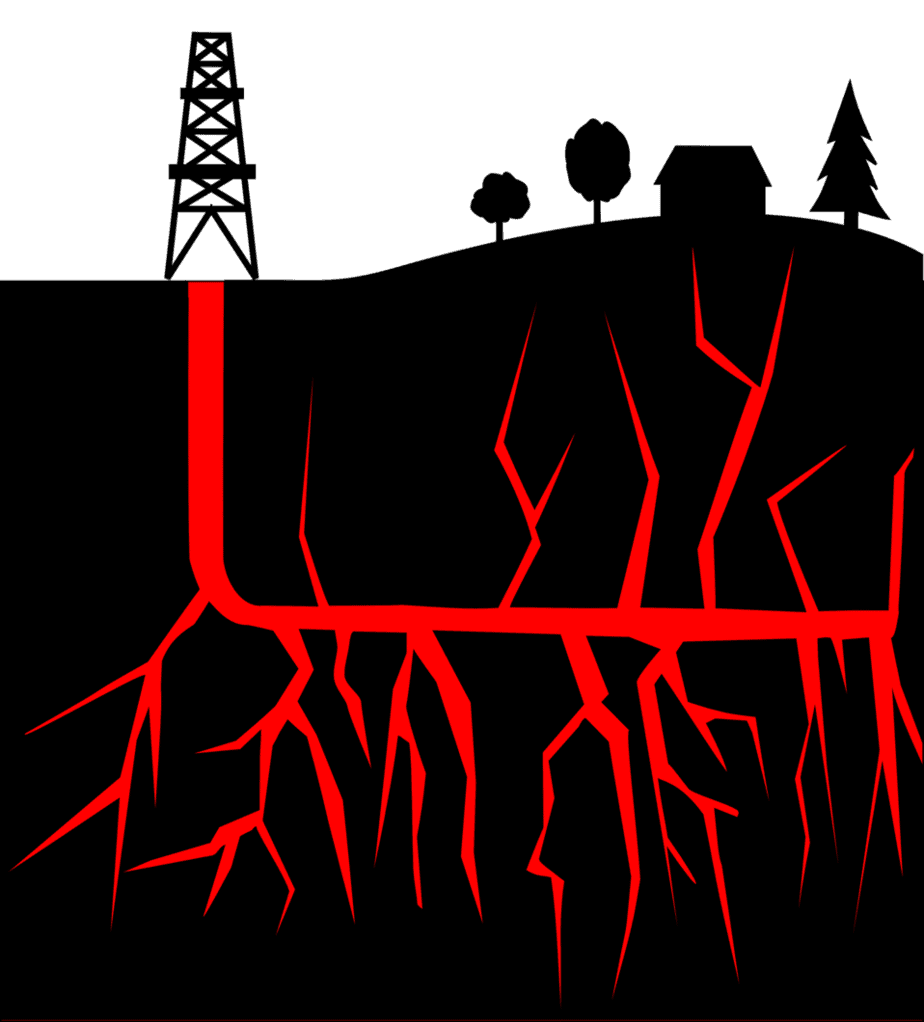 Within the hidden pores of ancient rock,

Clandestine remnants of our past lie trapped

And whisper of the future they unlock.

As these seductive murmurs leave us rapt,

We penetrate the soil with straws of steel

To drink from fresh reserves we find untapped.

But first we need to break the stony seal,

That cause the earth to wince and flare and wheal.

As each new fractured fissure cracks and clears,

The backwash from the pores begins to flow

And leaves the land in aqueous arrears.

To drain these sediments from deep below,

The water that we use we must forgo.

This is a Terza Rima Sonnet, inspired by recent research that has shown that the amount of water used by fracking in the US has increased by up to 770% since 2011.

Hydraulic fracturing, or fracking is a geochemical engineering process in which large volumes of water combined with chemicals (e.g. acids and biocides to limit the growth of bacteria and prevent the corrosion of the pipes etc.) and sand (to keep the fractures open) is injected into rock formations at a high pressure to fracture the rock, and in so doing facilitate the recovery of difficult-to-reach reserves of oil and gas. Fracking has experienced a rapid expansion in recent years, and is transforming energy supplies in USA; with the current rate of crude oil production (driven by this expansion of fracking) helping the US to surpass Saudi Arabia, leaving it behind only Russia, in terms of total crude production. However, despite the economic benefits of fracking there are a number of studies that look at the negative impact that fracking will have on the environment, and new research has also shown the extent to which this rapid expansion of fracking will lead to increases in water demand.

By analysing the amount of water used from over 12,000 individual fracking wells in the US, this research has shown that from 2011 to 2016, the water use per well increased by between 14% and 770%, whilst the wastewater production at these wells increased by between 60% and 1440% in the same period; these growths being driven by both an increase to the lateral length of the wells and also the intensity of the production process. Previous studies suggested that fracking did not use significantly more water than other energy sources, but those findings were based on data from the early years of fracking; this new research shows that this is no longer the case, with fracking now consuming far more water than other energy sources, with the demand continuing to rise. As well as the strains that this puts on water availability, especially in arid and semiarid areas, this trend exacerbates water management issues because of the increasingly large volumes of wastewater that need to be safely disposed of.