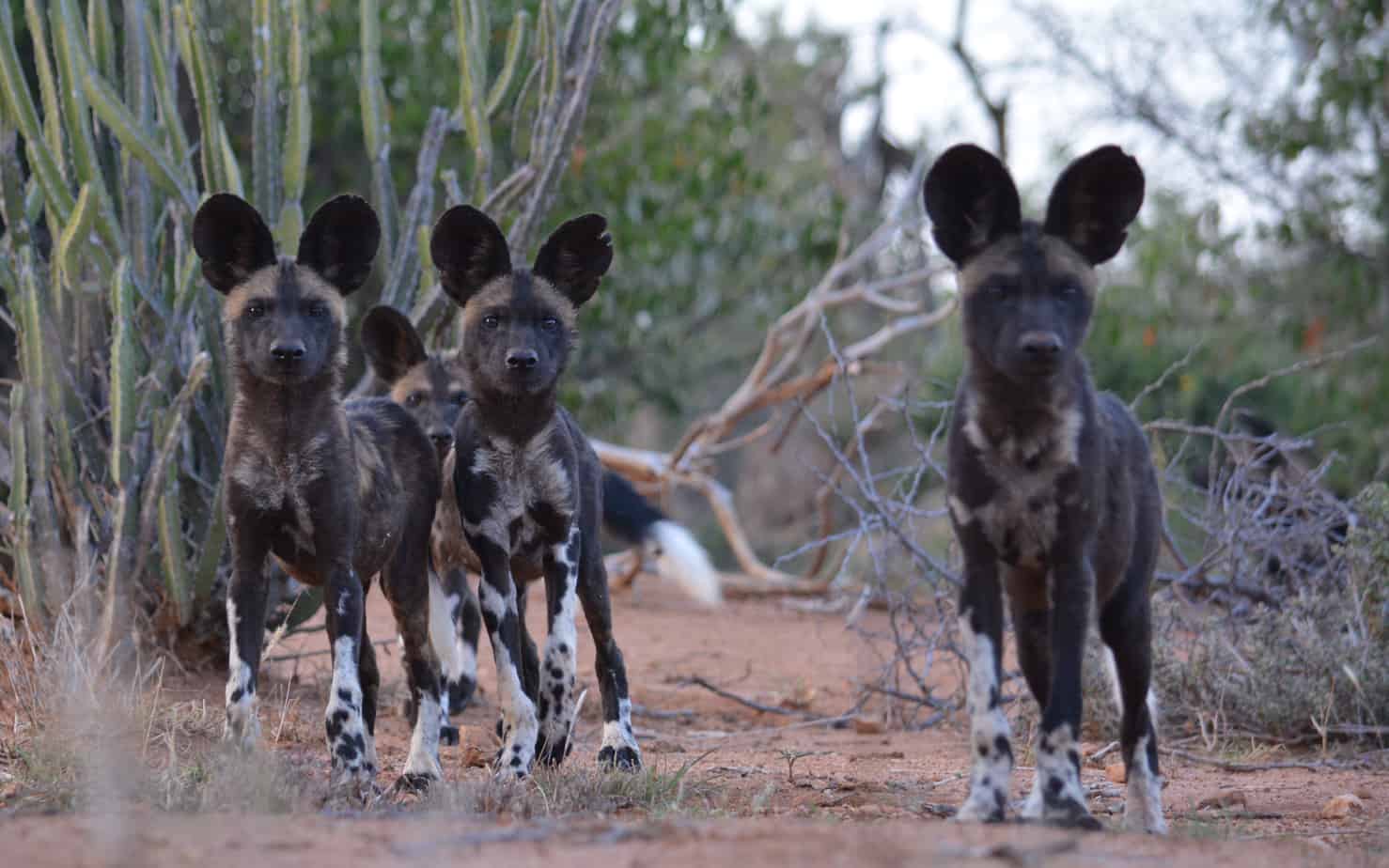 You prowl and sniff the air around your pack,

With outsized ears you wear just like a crown

Atop a cloak of matted, mottled brown;

The silence summons heckles on your back.

You take the centre stage for your attack,

And outline plans to raid the nearest town;

You prowl and sniff the air around your pack,

With outsized ears you wear just like a crown.

Your kingdom cannot cope with a setback,

You listen for that common nasal noun.

A-tishoo! A tishoo! The hunt falls down.

Ascendancy now broken by the flak,

You prowl and sniff the air around your pack.

This is a Rondel, inspired by recent research which has investigated how African wild dogs use sneezes as a voting mechanism to help make collective decisions.

African wild dog packs are known to take part in large social rallies before making collective movements; however, not all of these rallies result in a migration of the pack. By investigating African wild dog packs in Botswana, researchers found that the probability of a success for the rally (i.e. the group collectively departing) was predicted by a minimum number of audible sneezes from the dogs. Once this threshold (quorum) was reached the group departed and the rally was considered a success – i.e. sneezing was effectively used as a voting mechanism to determine group decision making.

The researchers also found that if a dominant individual was the one to initiate the rally then this lowered the number of sneezes that were needed for the group to agree to depart, although their presence did not guarantee such an outcome. This indicates that dominant participation plays a part in the likelihood of a rally’s success, but that it is not a prerequisite. Further research to identify species-specific indicators or signals should help researchers to better understand the behaviour of social mammals and their collective decision-making processes.

2 thoughts on “A Nasal Quorum”