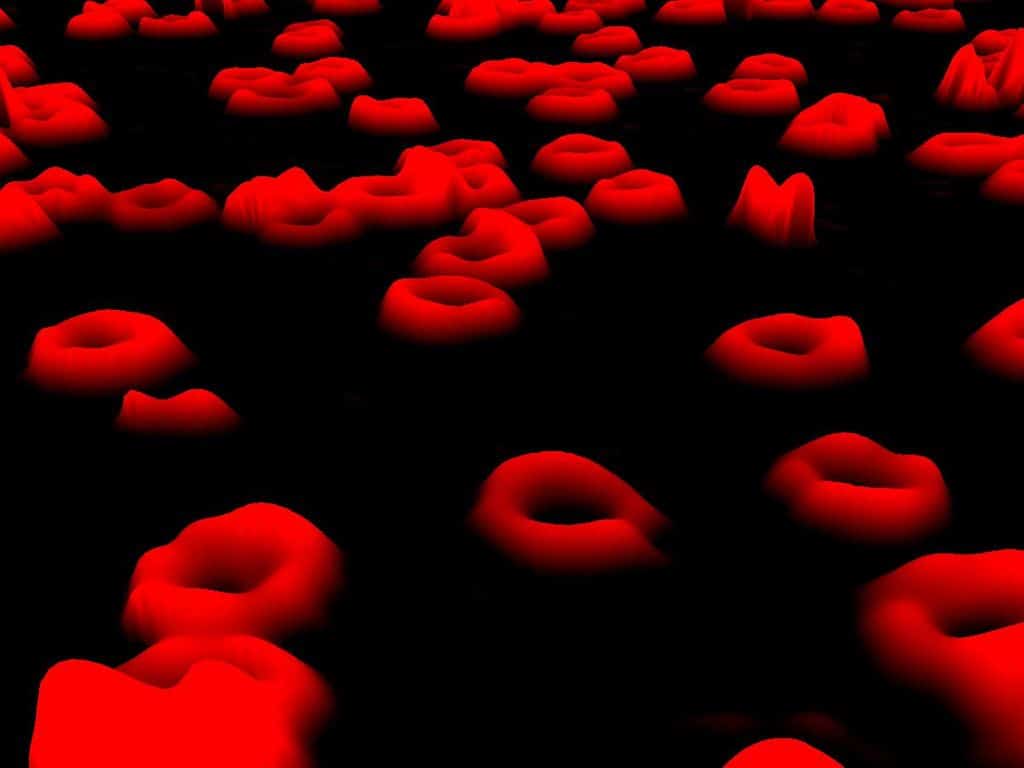 The blood that flows beneath our skin

Is turned red by haemoglobin,

Which binds with oxygen in part,

Transferring life from lungs to heart.

Donated from unknowns or kin,

The blood that flows beneath our skin

Is needed, but when this runs out

What will we use to quench the drought?

The substitutes that have been tried

The blood that flows beneath our skin,

Was harmed by this from deep within.

By coating this in PDA

The cell damage dissolves away;

And with it hope is left therein

The blood that flows beneath our skin.

This is a Quatern, inspired by recent research which has developed an artificial substitute for haemoglobin that can potentially be used in blood transfusions.

According to the U.S. National Heart, Lung, and Blood Institute, red blood cells are the most commonly transfused component of blood, and as such it would be greatly beneficial to be able to create a chemical substitute that reduced the reliance on blood donors. The problem with such substitutes up until now is that they have been unable to form a stable version of haemoglobin, the protein in red blood cells that carries oxygen from the lungs to the body’s tissues, and which is responsible for the red colour of these cells. Previous attempts to develop a chemically modified haemoglobin have instead resulted in a blood substitute that forms methemoglobin, a type of protein that is unable to transport oxygen (by binding to it), and which also produces hydrogen peroxide (a chemical compound often used in bleach and disinfectants), leading to cell damage.

This new research has developed a methodology for covering the chemically modified haemoglobin in a benign (non-reactive) coating made of polydopamine, or PDA.  The tests carried out in this study (which took place in a laboratory environment rather than in a living organism) showed that the PDA-coated haemoglobin effectively carried oxygen, whilst also preventing the formation of methemoglobin and hydrogen peroxide thereby causing minimal cell damage. More research is needed before this approach can be used to chemically produce red blood cells for transfusion in humans, but it is an extremely promising start.