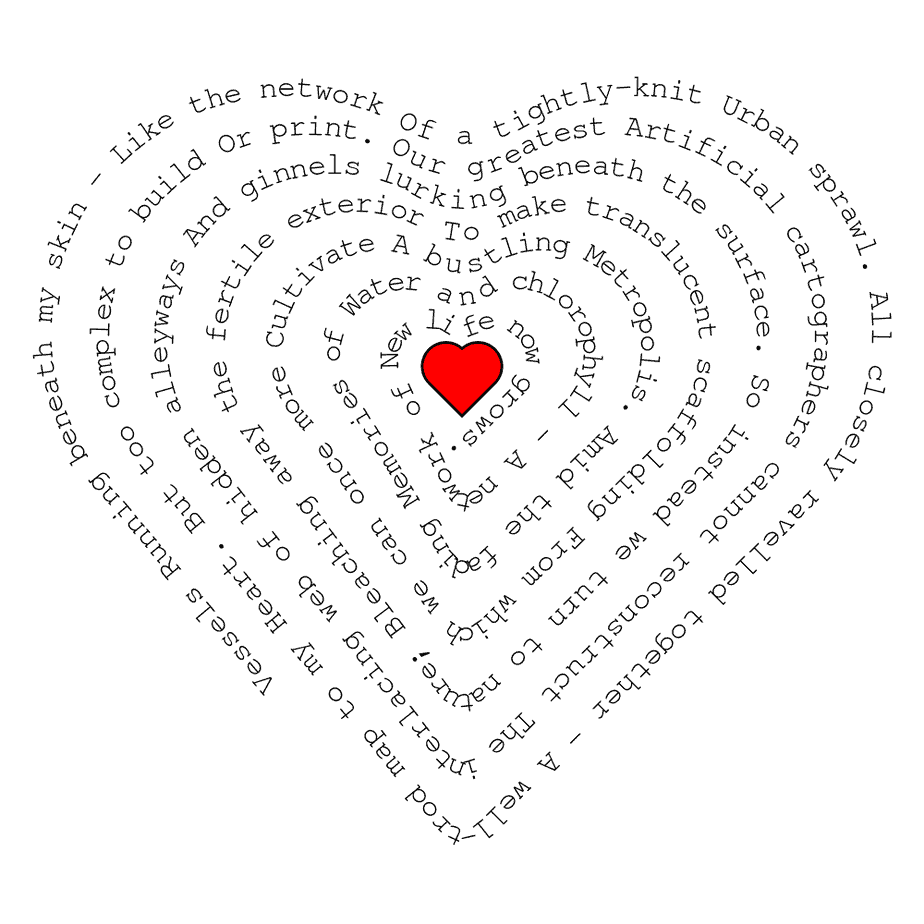 Running beneath my skin –

A well-trod map to my

But too complex to build

Or print. Our greatest

The interlacing web of hidden alleyways

And ginnels lurking beneath the surface.

So instead we turn to nature;

Bleaching away the fertile exterior

From which we can once more

This is a shape poem, inspired by recent research that has managed to grow heart tissue on spinach leaves.

Current bioengineering techniques, such as 3D printing, find it very difficult to replicate the network of veins and capillaries that are used to deliver blood around the body. However, researchers have found that they can potentially use the vasculature (i.e. the vascular system) of spinach leaves to provide the scaffolding on which to cultivate heart cells.

After the removal of the spinach leaf’s cells using a detergent (via a process called decellularization), the vasculature remained intact and the human heart cells were grown on top. This new system was then successfully tested to make sure that fluids and microbeads similar in size to human blood cells could pass through the network.

This research is still in its early stages, but it has revealed the possibilities of using spinach (and other plants) leaves to grow healthy heart muscle, which can, in turn, be used to help treat people with weakened hearts.

The shape of this poem was created using a tool provided by Festisite.