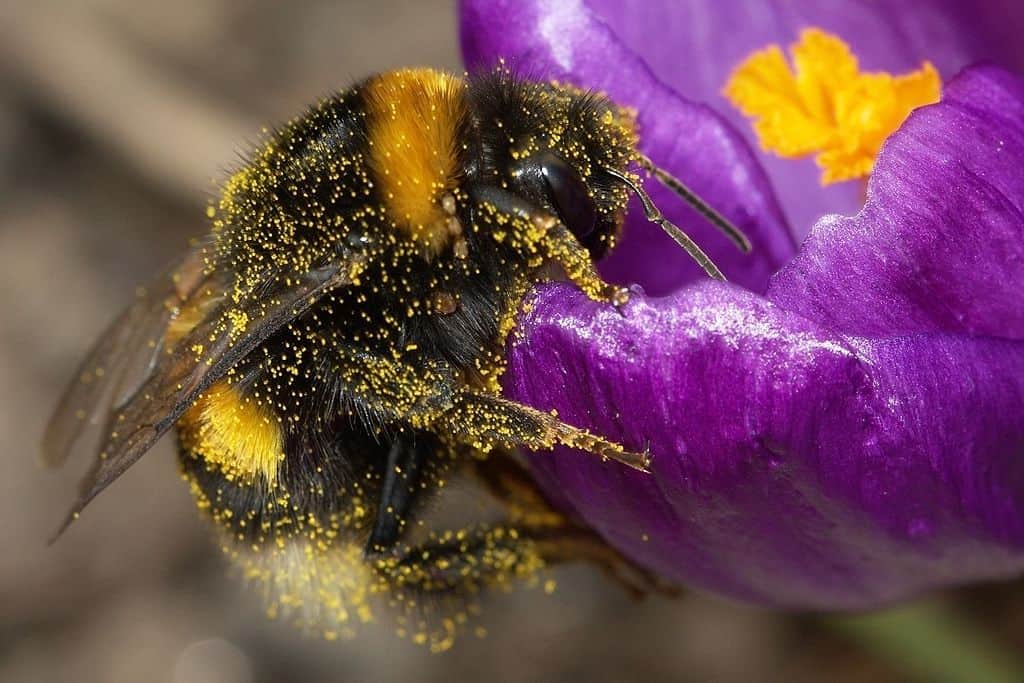 They neglected the less

Then entered the nest.

This is a univocalic poem (using only the ’e’ vowel) inspired by recent research that has investigated the extent to which bumblebees can identify markers left by other bumblebees, and how this can be used to aid foraging.

Whenever bumblebees touch a surface with their feet they secrete a substance that is unique to them, in a manner analogous to the fingerprints that humans leave on the objects that they touch. These invisible substances left by the bumblebees are referred to as scent-marks, and can be detected by other bumblebees.

Previous studies have revealed that bumblebees can detect and differentiate between scent-marks associated with rewarding flowers (those that contain plenty of nectar and pollen) or unrewarding flowers (those that do not), which suggests that the bumblebees are able to leave markers that they can then return to (or not) when next foraging for food. What is remarkable about this new study is that it demonstrates that bumblebees are also able to distinguish between flowers scent-marked by themselves, those marked by their nestmates, and those marked by non-nestmates. This ability suggests that the bumblebees can work collectively to improve their foraging success.