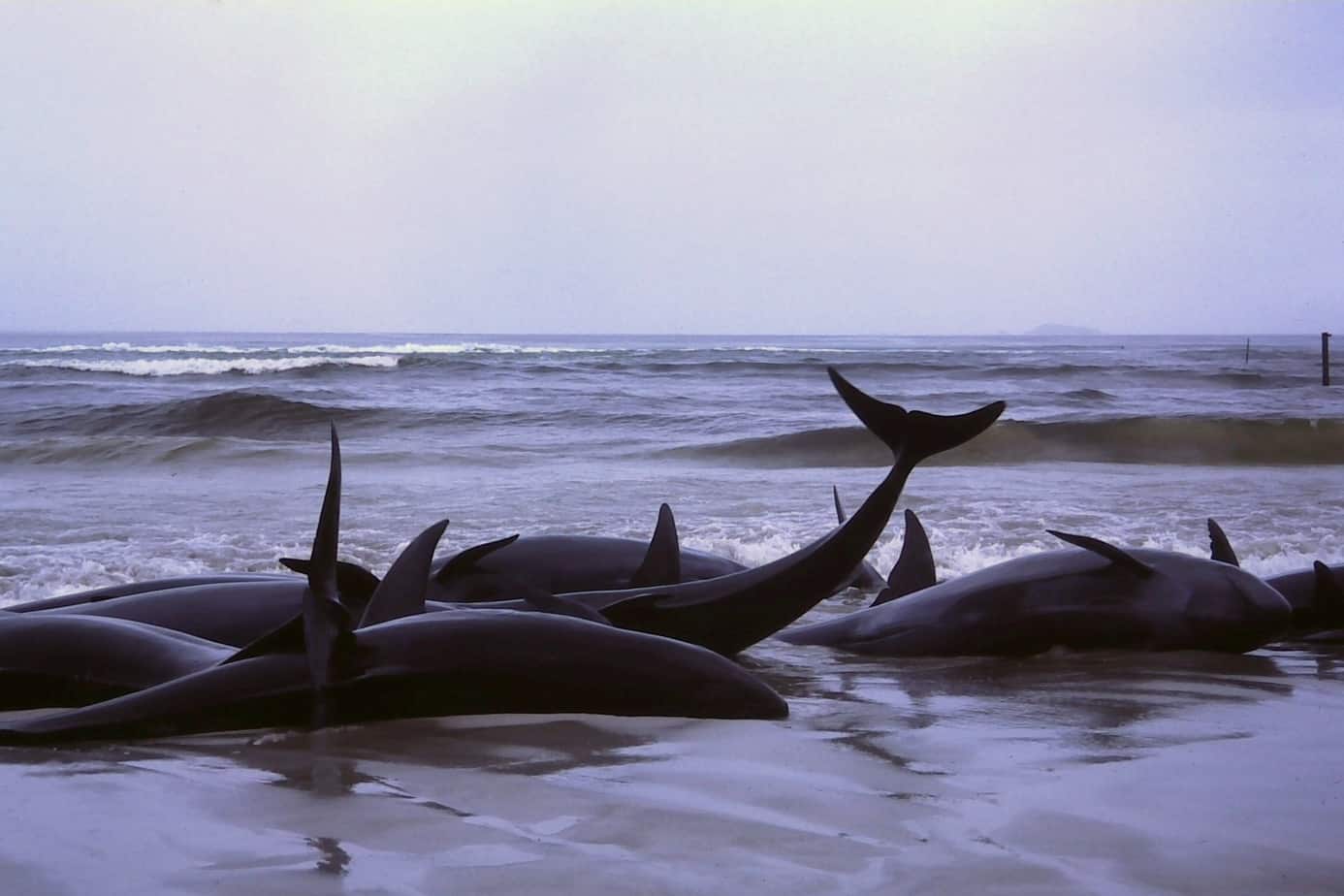 The waves assault an unfamiliar shore,

As bodies writhe beneath the azure sheet;

Cascading whitecaps far above the floor

Conceal the lines where sky and ocean meet;

The waves assault an unfamiliar shore.

Beyond the confines of their solar heat;

But when they burst the whales cannot ignore

Arrangements made as part of their deceit.

The waves assault an unfamiliar shore.

As porpoises and dolphins start to soar

Beyond the cages they should not defeat,

These stellar signals give their cruel encore;

Too late for any meaningful retreat.

The waves assault an unfamiliar shore,

This Villanelle is inspired by new research that is investigating the effect that solar storms may have on animal beaching events.

One of the hypotheses for why cetaceans (the collective term for whales, dolphins and porpoises) become stranded in coastal areas is because of interference with the Earth’s magnetic field, which they may use for navigational purposes. Solar storms arise when there is a large explosion in the Sun’s atmosphere, resulting in the ejection of massive bubbles of charged particles out into the solar system, which can, in turn, create magnetic anomalies that cause Earth-orbiting satellites and even power grids on the Earth to be affected. As such it might be that these animals are becoming beached because the solar storms are directly interfering with their navigational systems.

This work is being carried out by scientists at NASA and the Bureau of Ocean Energy Management (BOEM) and will involve cross-referencing measurements of solar storms with recordings of mass beaching events over a long time period. The results of this study should also help to provide early responses to potential mass beaching events following particularly intensive solar storms.