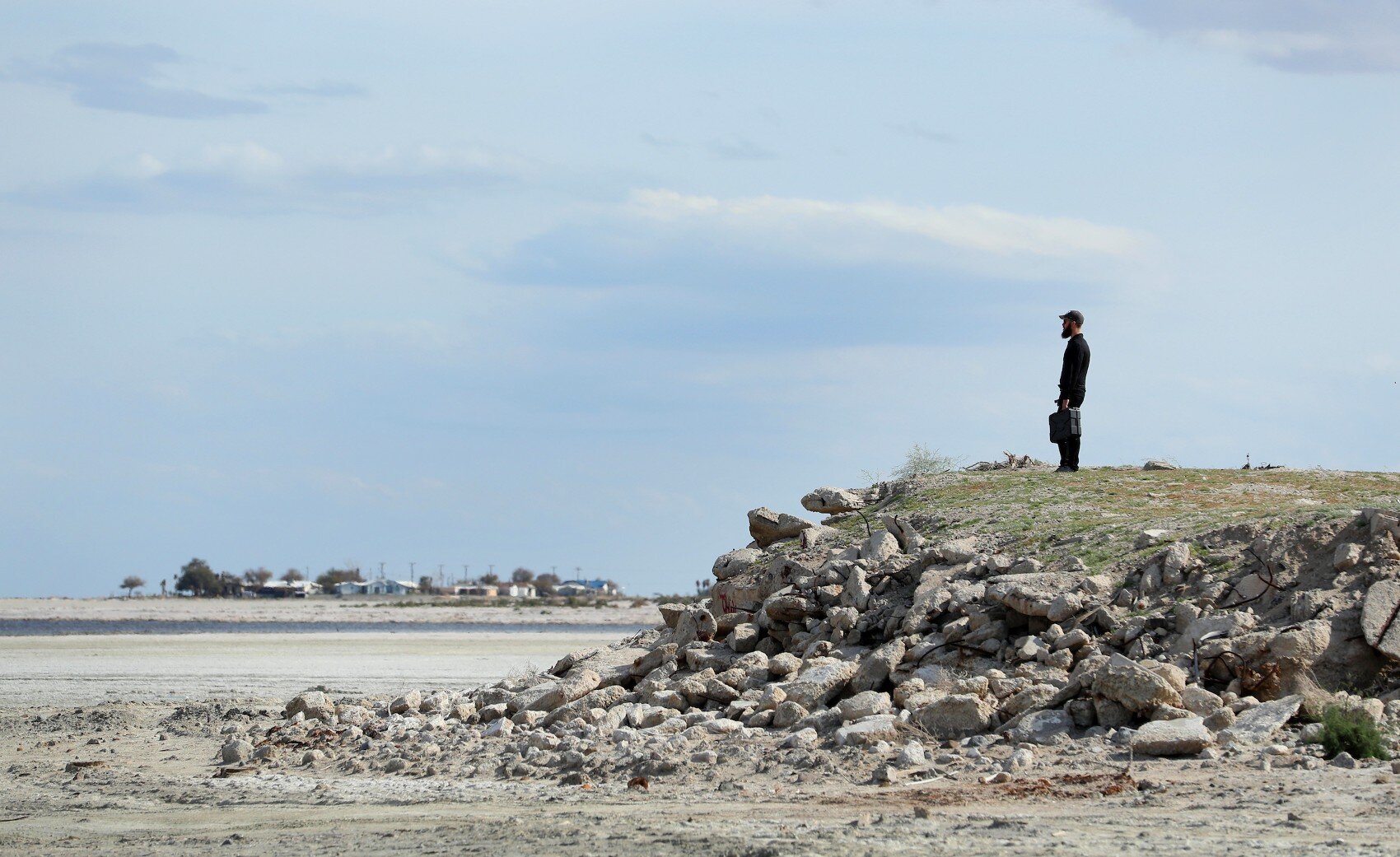 Closed waters break
the shore,
retreating waves that shrink
from view –
suffocated sheets
caught in budding plants
that run
against the land
in all its sloping might.
Estuaries run dry,
shamed into retreat
by hasty policies
that warm
and strip
and drain –
held aloft
as salty, toxic tears
washed out
for all
to see.

This poem is inspired by recent research, which has found that the Salton Sea is turning into toxic dust.

The Salton Sea is a shallow, saline lake located in the California desert. It is an endorheic lake which means that it has no outflow to an external body of water such as a river or ocean, and only loses water through evaporation or seepage into the ground. Formed more than a century ago by a breached canal, it is California’s largest lake, but for decades now it has been shrinking, exposing a powdery arsenic-, selenium- and DDT-laced shoreline that then drifts into the atmosphere. Near the sea, hospitalisation rates for children with asthma are double the state average, with one in five of them suffering from this condition. This dramatic increase in salt and chemicals has also caused a large die-off of fish and birds, including endangered species.

This new study shows that the declining water levels are due to less water coming from the Colorado River, which is the main source of water for the Salton Sea. Researchers used a hydrologic model that accounted for all processes in the surrounding areas that impact the lake’s water balance, including climate, soil types, land slope, and plant growth. It is still not clear if the reduction in water from the Colorado River itself is due mostly to global warming drying out the river, reductions in allocation levels to California, or both. However, this research further highlights the need to develop a more holistic approach to mitigate both the health and environmental impacts of Salton Sea depletion.

1 thought on “Washed into Dust”