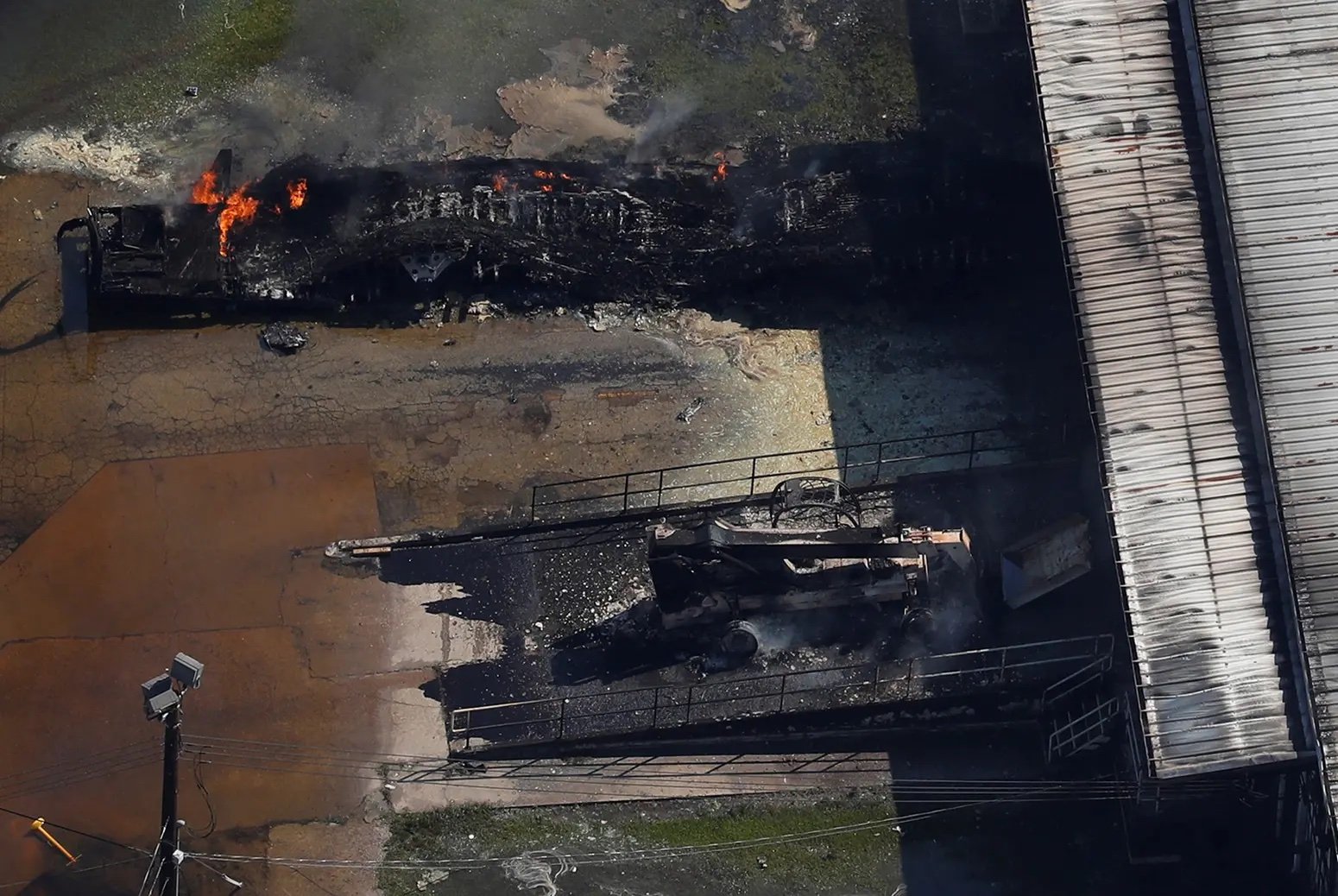 After the floods
the ruins return,
spoiled sites
of contaminated waste
flushed out
by cleansing waters
of heavens’ rage.
Filthy, muddied streaks
smear their scent
against the pale
and blotting frame
of fleeting, second skins.
Invisible impurities
diluted in the deluge
of our drowned
and broken lives.

This poem is inspired by recent research, which has found that after Hurricane Harvey, the residents of Houston were exposed to more chemical pollutants than normal.

Hurricane Harvey was a devastating Category 4 hurricane that made landfall on Texas and Louisiana in August 2017, causing cataclysmic flooding and more than 100 deaths. Harvey made landfall three times in six days, with two feet of rain falling in the first 24 hours. At its peak on September 1, 2017, one-third of Houston was underwater, as flooding forced 39,000 people out of their homes and into shelters. According to the National Hurricane Center, Harvey caused $125 billion in damage, making it the second most costly natural disaster in the history of the United States, behind only Hurricane Katrina. In total, Hurricane Harvey damaged over 200,000 homes and ruined over 1 million vehicles beyond repair. It also flooded 800 wastewater treatment facilities, spreading sewage and toxic chemicals into the water. Damage to 13 Superfund sites (polluted locations in the United States requiring a long-term response to clean up hazardous material contaminations), as well as to chemical plants and oil refineries, further exasperated this pollution, although at the time when the hurricane took place, little was known about which chemicals Houston residents were potentially exposed to.

In this new study, researchers used silicone wristbands to attempt to measure the extent of chemical exposure to local residents caused by the hurricane. Silicone wristbands absorb chemicals from the air and from skin contact, making them a useful screening tool for such research. Wristbands were worn by local residents shortly after the storm, and again a year later, with the results compared so that a baseline could be approximated in order to better determine which exposures were increased by Hurricane Harvey. The wristbands recorded exposures to 162 different chemicals, including pesticides, flame retardants, and many other carcinogens and harmful pollutants. On average, 75% of the chemicals were found to be in higher concentrations immediately after the hurricane, therefore highlighting the additional, and often unseen, harm that can be caused by such catastrophic events.