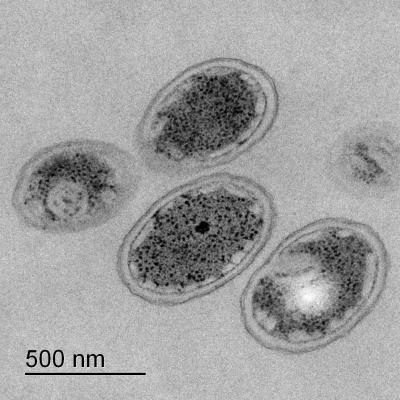 Beneath the cool embrace
of bygone waves
you grew.
Not gasping,
but rather
searching, for air.
Your signature
evolving in the
shifting pigments
of your many-coloured coat.
Blues and greens
transformed to
yellows,
pinks,
and reds –
peripheries
tinged with purple
as we turn our gaze
to the stars.

This poem is inspired by recent research, which has found that ancient microbes may help us to find extraterrestrial life forms.

As Earth’s atmosphere first developed it was rich in methane, ammonia, and water vapour but lacking in oxygen. As such, whilst life probably began in the ocean at least 3.5 billion years ago, it was in the form of simple microorganisms that existed anaerobically (i.e. without oxygen). It took hundreds of millions of years for enough oxygen to build up in the atmosphere and ocean, which in turn led to the development of the more complex life we observe today. Understanding what life was like for some of Earth’s earliest microorganisms can thereby help us to better understand the evolution of our planet. Doing so can also provide us with clues for what signs of life might look like on other planets, whose atmospheres may more closely resemble that of our pre-oxygen Earth.

These early microbes are known to have evolved something called rhodopsins, a special type of protein related to the rods and cones in human eyes, and which possess the ability to turn sunlight into energy. This energy can in turn can be used to power cellular processes such as repair and replication, and early microorganisms used this to harness the power of the sun without the complex biomolecules that are required for photosynthesis. Using machine learning, researchers in this study have now analysed rhodopsin protein sequences from all over the world and tracked how they evolved over time, creating a family tree that has enabled them to reconstruct rhodopsins from 2.5 to 4 billion years ago, and the likely conditions that they encountered. Understanding how and why these rhodopsin-possessing microorganisms have changed over both time and environment, will in turn help us to better recognise what life might look like on planets that more closely resemble the Earth of a distant past, rather than how it appears to us today.

4 thoughts on “Ancient Life Off Earth”