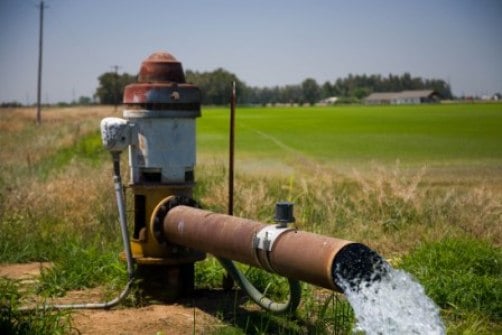 Flow into wells
that hide
in plain sight
from the regulations
and rights
of less
domestic
communities.

Communities of water
left to rot,
as filthy liquid spews
its translucency
across streets
once alive
with colour.

This poem is inspired by recent research, which has found that 370,000 Californians rely on drinking water that is polluted, with communities of colour disproportionally affected.

Since 2012, access to safe, clean, and affordable drinking water has been recognized as a human right in the state of California. However, many California community water systems do not meet regulatory standards. This issue is exasperated by the fact that approximately 1.3 million Californians (nearly 3.5%) receive their tap water from private domestic wells that remain largely unregulated, with the majority of these households being located in rural areas.

In this new study, researchers focussed on testing three chemical contaminants: arsenic, nitrate, and hexavalent chromium, all of which are highly toxic to humans. The researchers combined data on the state’s community water systems, domestic well permits, and census results to locate those Californian households that were most likely to be served by unregulated domestic wells. They then used measurements of drinking water and groundwater contamination throughout the state to estimate contaminant levels for those served by both community water systems and domestic wells. Of the estimated 370,000 Californians whose water supply was found to likely contain high concentrations of the three chemical contaminants, more than 150,000 are served by domestic wells. Furthermore, places with a higher proportion of people of colour experienced greater levels of drinking water contamination than other regions in the state. In order to help address this inequality and to help policymakers and members of the public look up where their water comes from, researchers from this study have also developed an online Drinking Water Tool, which provides maps showing where groundwater sources are likely contaminated with unsafe levels of the contaminates. Unfortunately, given that this study was limited to measuring only arsenic, nitrate, and hexavalent chromium, it is likely that the actual number of Californians impacted by unsafe drinking water from other compounds (and for which data are not as widely available) is far higher.