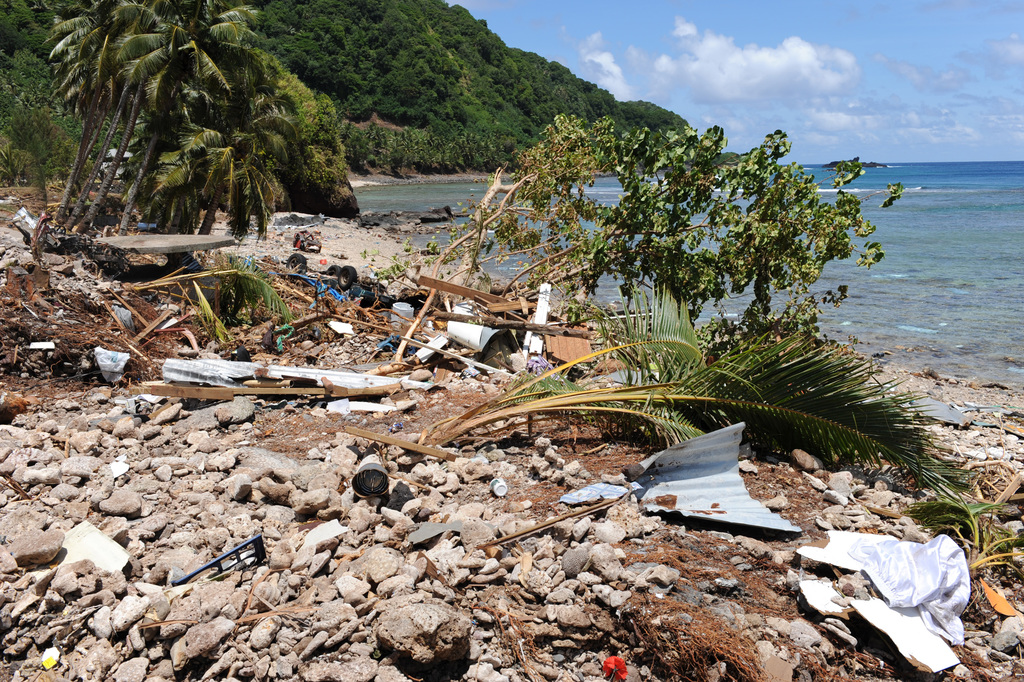 Surging through the spray,
swelling hands
cast salty nets
through unseen lines.
Stripes of shaded power
that bulge
and swing
and sway.

Shearing swathes of surf
riling concentric fields
that push
and pull
and stay.

The strength of these convulsions
riding afore each crest,
pronouncing the spread
of devastation
that follows
in their wake.

This poem is inspired by recent research, which has found that the magnetic field generated by a tsunami can be detected before changes in sea level.

When a sudden displacement of a large volume of water occurs, or if the sea floor is suddenly raised or dropped by an earthquake, big tsunami waves can be formed. The waves travel out of the area of origin and can be extremely dangerous and damaging, reaching over 30 m in height when they arrive at the shore. As such, it is extremely important to develop early warning systems to predict when these tsunamis will strike, so that people can be moved to safety. These early warning systems often utilise information from seismic data, sea-level gauges, and buoy stations to generate models that forecast tsunami arrival times and estimate coastal impacts. Given that tsunamis move seawater (which is conductive) through the Earth’s geomagnetic field they generate their own magnetic fields in the process, and researchers have predicted that this phenomenon could potentially be used as an early warning signal for the arrival of a tsunami. However, there have previously been no simultaneous measurements of a tsunami’s magnetic field and sea level, which means that this hypothesis has remained unproven.