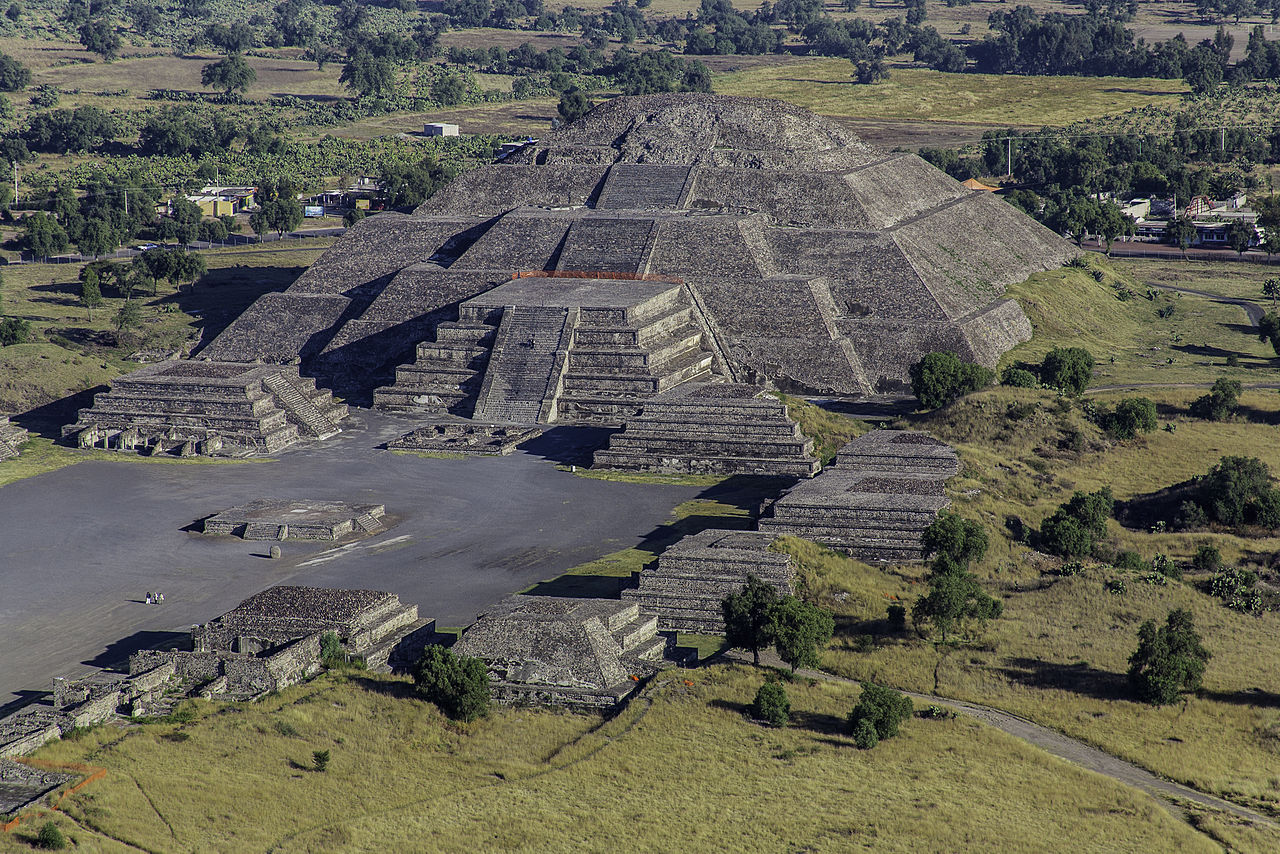 Your crumbling steps rise
to greet the sun,
towering overhead like
monolithic icebergs
that betray their craggy depths.
Revealed in scattered light,
the geometric dreams
of ancient engineers
dance tellingly
beneath the surface.
Hidden hands that reach
through time to
align interactions
with this shared
and broken landscape.
A maquette of excavations,
with every layer exposed
a new and future past.

This poem is inspired by recent research, which has found that past human activities continue to inform modern infrastructure, such as street and land alignments.

Teotihuacán, which roughly translates from Nahuatl into English as “The City of the Gods” and is located about 50 km northeast of modern Mexico City, was the most important and largest city of pre-Aztec central Mexico. At the peak of its civilisation, it covered a region of approximately 20 square km, with a population of somewhere in the region of 125,000 to 200,000 people, making it one of the largest cities in the world at that time. Constructed around 1,000 to 2,000 years ago, Teotihuacán was designated a UNESCO World Heritage site in 1987, and while some of its structures are visible above ground today, most of the city’s remains lie buried beneath modern fields, buildings, and other activity areas. As such archaeologists and other researchers have needed to develop new techniques for mapping this ancient city.

In this new study, researchers used lidar (light detection and ranging) to create maps of the Teotihuacán Valley. Lidar works by shooting light (in this instance from a satellite) at a target surface and timing how long it takes for the light to bounce back. Based on those intervals, it is possible to observe slight changes in elevation in extremely high resolution and as such determine what lies beneath the surface and how the landscape has changed over time. The researchers found that the builders of Teotihuacán did an incredible amount of excavation – in just one region alone over 370,000 square metres of artificial ground accumulated over 300 years of construction, quarried elsewhere in the Teotihuacán Valley. This major reshaping of the landscape has also been shown to affect the arrangement of modern construction and activities; for example, almost 17 km of the hydrological systems visible on the modern terrain were excavated by ancient Teotihuacán engineers and builders. Unfortunately, this research also revealed that since 2015, over 200 features from the ancient city have been destroyed by mining operations. The research team will now collaborate with the Mexican government in using these new maps to provide a benchmark for the current status of Teotihuacán’s cultural heritage, thereby helping to make sure that it doesn’t disappear under more human development.

4 thoughts on “Building on the Past”