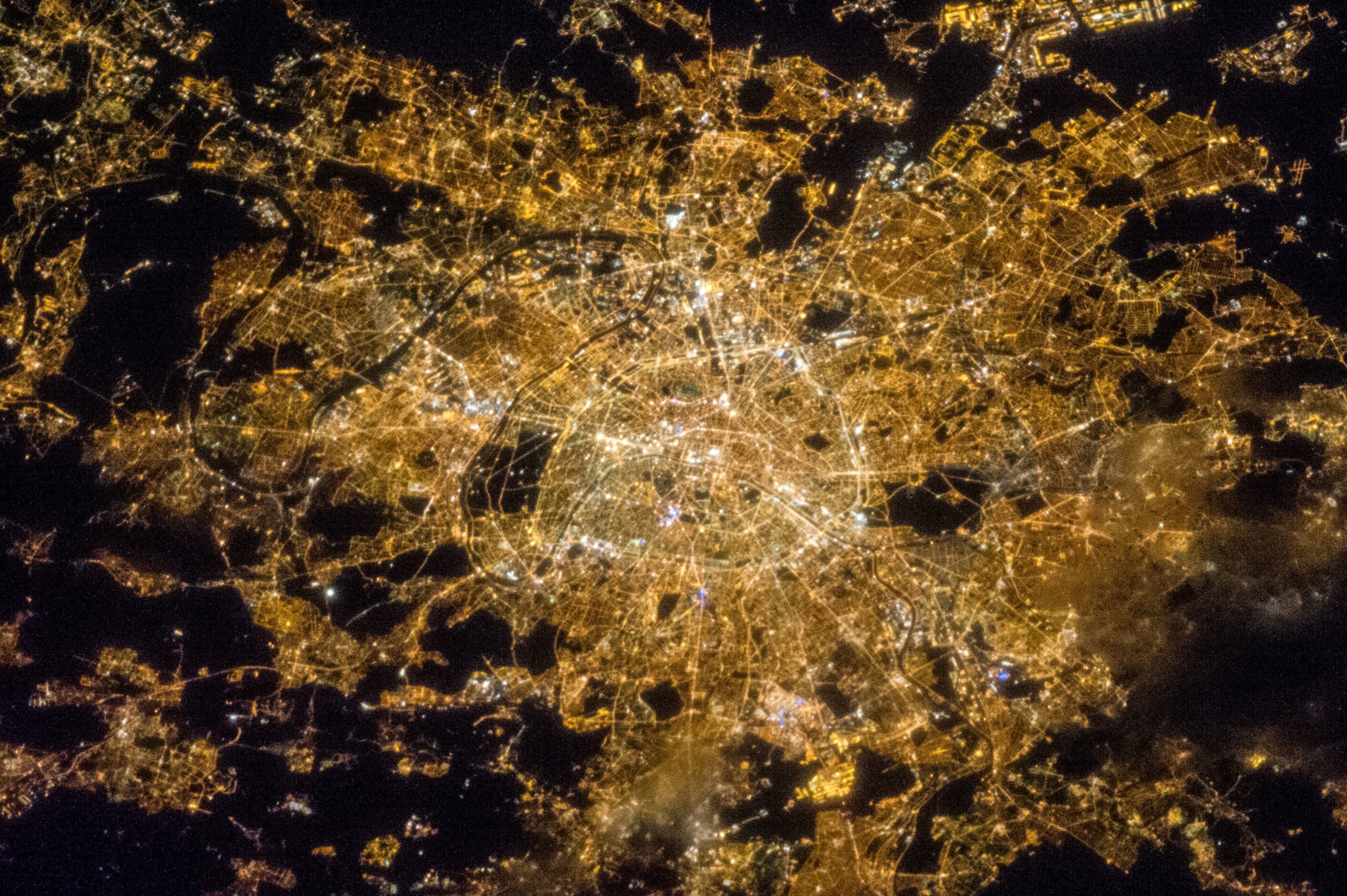 The Earth tries to sleep,
casting off the shadows
of a distant star
beneath the tattered veil
of greying night.
Behind thinning eyelids
the atmosphere erupts,
burning with the embers
of ferocious solid states.
Cloaked in filthy lustre,
these irradiating irritations
avoid detection
from ageing, weary eyes.
Ever-present emitters
in the clear light
of never-ending day.

This poem is inspired by recent research, which has found that global light pollution has increased by at least 49% over the last 25 years.

Also known as photo pollution, light pollution is the presence of artificial light in the night environment. Its sources include building exterior and interior lighting, advertising, commercial properties, offices, factories, and streetlights. It is an anthropogenic (or human-made) pollutant, which can be disruptive and harmful to both wildlife and humans, for example by interrupting sleep and confusing the circadian rhythm – the internal, twenty-four-hour clock that affects physiological processes in nearly all living organisms.

In this new study, researchers have used satellite to show that observable light emissions increased from 1992 to 2017 by at least 49%. This research also investigated the impact of the transition from more traditional forms of lighting to solid-state light-emitting diodes (LEDs), which emit a much larger amount of visible light at wavelengths that are undetectable by the majority of existing satellite sensors. This inability for the satellites to fully detect all of the emitted light suggests that the true increase may be as high as 270% across the globe, and even up to 400% in specific regions. While more research is now needed to confirm these figures, it is clear that the rapid increase in global light pollution that has been detected over the past quarter of a century is likely to represent only part of the problem.