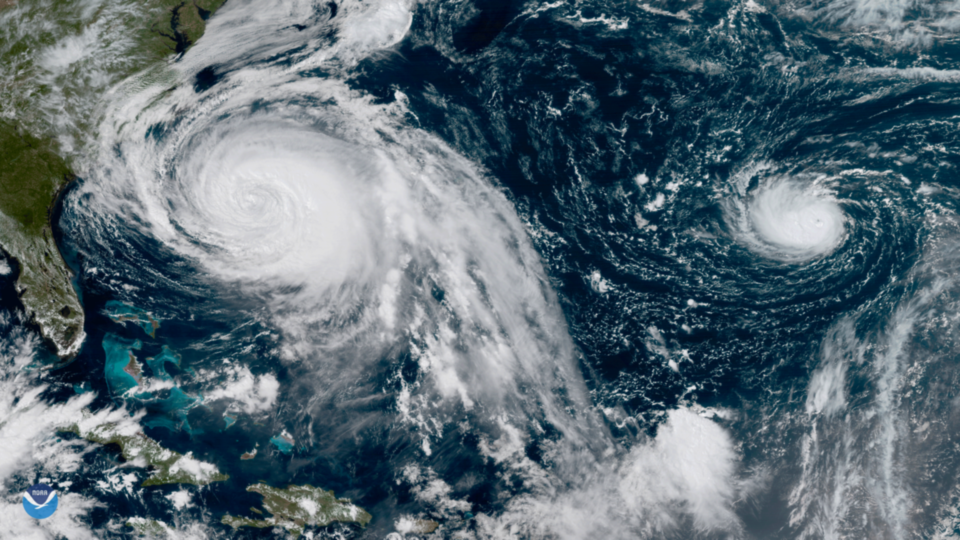 The scars of past assaults
lie scattered on the shore.
The force of every blow
etched into the earth
with the relentlessness
of your approach;
ancillary deposits
washed up in broken ridges
and battered coves
along the trembling coast.
Combing through cores
and tree trunks
we read rings like runes,
searching for sedimentary survivors
in the hidden creases
of their blinkered testimonies.
Fractured histories
weaved together
to plot tendencies
for future violence.

This poem is inspired by recent research, which has demonstrated the current limitations of natural archives in reconstructing Atlantic hurricane frequency over the past couple of thousand years.

Hurricanes are the most violent storms on Earth. They form near the equator over warm ocean waters, with the term hurricane used only for the large storms that form over the Atlantic Ocean or eastern Pacific Ocean (the generic, scientific term for these storms, wherever they occur, is tropical cyclone). Given the damage and devastation that these hurricanes can cause, it is imperative that we understand how their behaviours (i.e. frequency, strength, size, etc.) will change with our warming climate and to help us do this it is necessary to reconstruct how hurricanes behaved in the past. This approach (known as paleotempestology) involves studying past tropical cyclone activity by using uses historical, geological, and biological proxies, such as sediment cores, and tree rings that retain signs of short-term flooding. Over the past few decades, scientists have amassed large networks of these proxies from coastlines in the western North Atlantic, however it is likely that there are gaps in these networks that reduce the effectiveness of mapping historical hurricanes.

In this new study, researchers used synthetic hurricanes to test if the current network of proxies is sufficient to provide an accurate representation of hurricane frequency over the past 1000 years. They created these synthetic hurricanes by using global climate model simulations over this time period to simulate the hurricanes that were likely to have occurred; these were then compared to the proxies to see if they contained any limitations or biases. The results indicated that while the current network of proxies can be used to reconstruct past Atlantic hurricanes, most of the sites only capture storms that form or move through the Caribbean Sea and the Gulf of Mexico. In order to improve estimates of past hurricanes in future work it is therefore necessary to add more proxies from sites in the US Southeast and Central America. By identifying the specific regions where more proxies are needed, this approach highlights the areas that researchers should prioritise when collecting future proxies. Doing so will help to create a more complete picture for the hurricanes of our past, so that we might better predict their future behaviours.