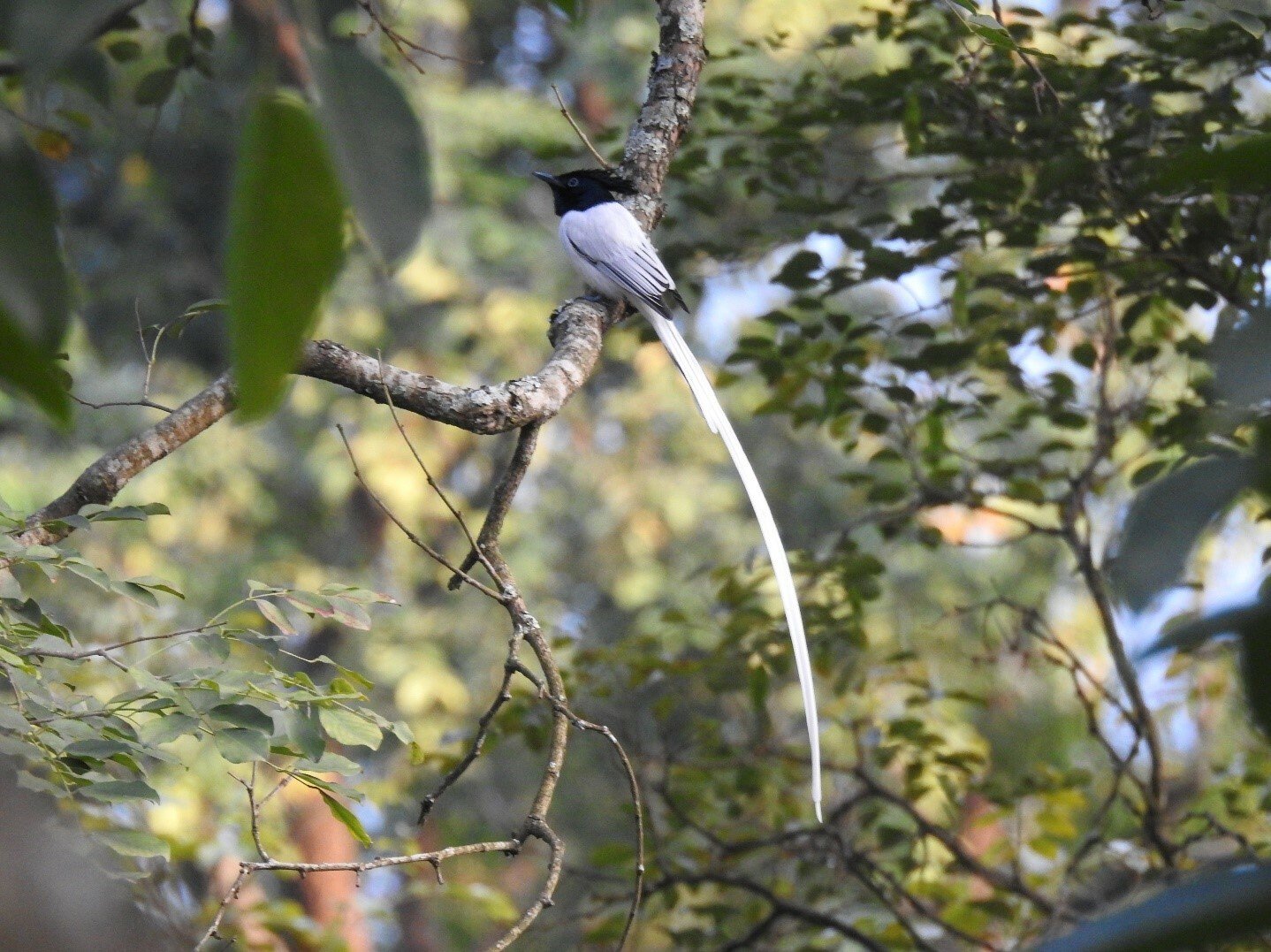 Flitting between skyscapes
the distant strains of multitudes
flicker in the air.
Hidden voices perched
in ebbing hues that
fade into the greys.
Their covert flight in muggy skies
mirrored by slated skin
that sweeps across the surface
like a welt.
We count these vibrancies
from below the cloudline
sketching their occurrence
against the steady sweep of grey.
The timid call of a hundred
disparate songs
swallowed whole
by the urban sprawl
that spits them out
as one.

This poem is inspired by recent research, which has found that urbanisation filters out bird species with certain traits, such as insect-eating birds, which are important for pest control.

Urbanisation is one of the most drastic forms of land-use change, and its negative consequences on biodiversity have been studied extensively in temperate countries. However, less research has been conducted in tropical regions from the Global South, where most of the ongoing and future urbanisation hotspots are located, and little is known about its effects on agricultural biodiversity and associated ecosystems. Birds are well-suited as indicators of biodiversity, since they are among the most visible elements of the natural world, particularly in urban areas.

In this new study, researchers investigated the effects of urbanisation on farmland bird communities in and around Bangalore, a city of over 10 million inhabitants in South India. A local expert conducted regular bird surveys over one year and recorded 126 bird species. Using remote sensing techniques, satellite pictures were then processed to produce a map of different land-uses, from which urbanisation intensity was measured based on the proportion of buildings in the landscape. The researchers then analysed how the bird species changed along a gradient of urbanisation. They found strong evidence for the homogenisation of bird communities with increasing urbanisation, indicating that only those species that are well adapted to urban surroundings, such as pigeons or crows, can thrive. Given the critical role that birds play in the environment, for instance controlling pests by eating insects, scavenging, and removing carrion, this lack of biodiversity is likely to have significant consequences on the wider ecosystem. This concern is especially relevant for countries from the Global South where the largest urbanisation hotspots are located and are likely to be located in the future.

4 thoughts on “The Urbanisation of Birds”