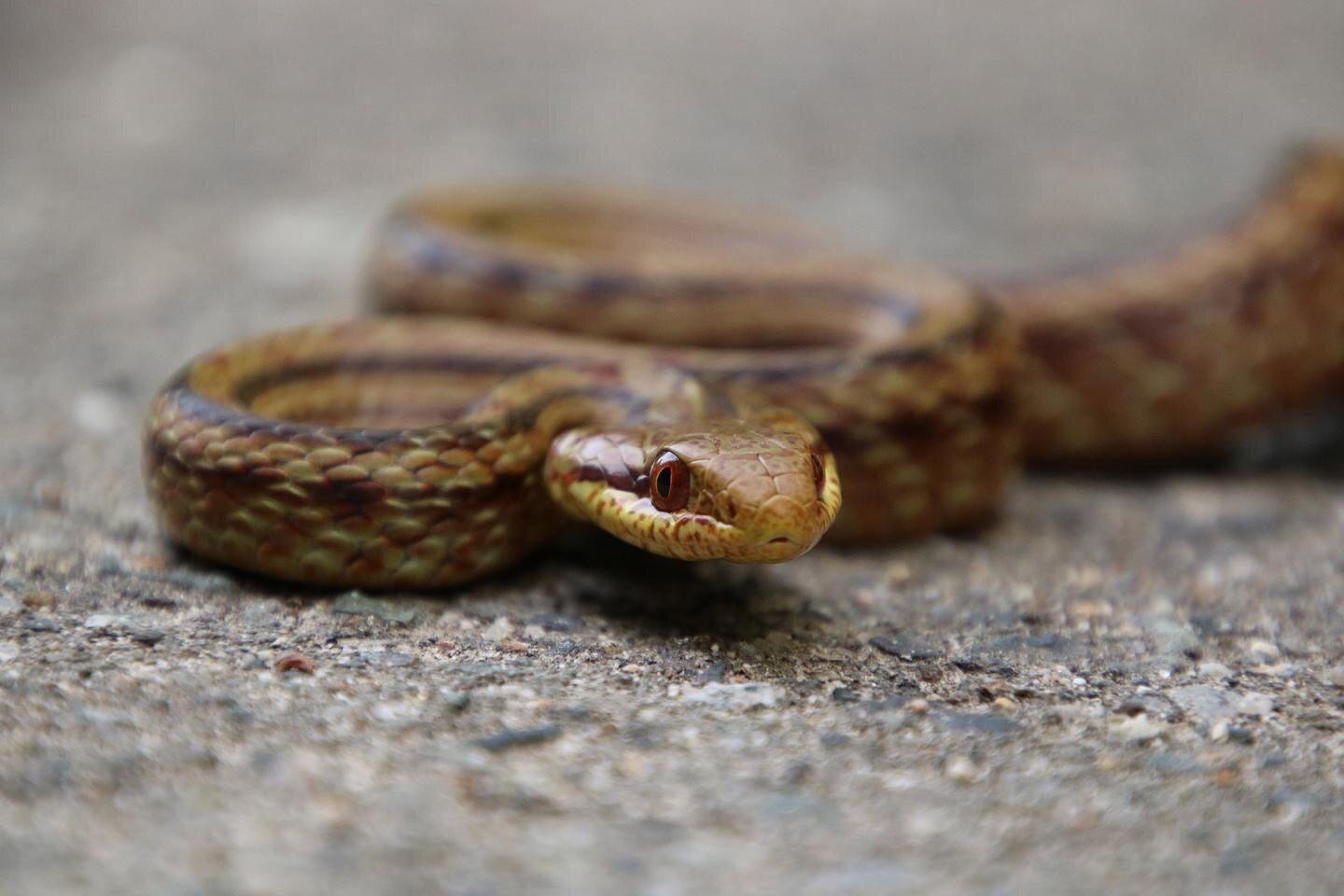 Swapping Geigers for scales
we sweep the landscape for leftovers,
searching for residue that clings
to the surface like scalded shadows.
Slithering vicariously across the topsoil
we sidewind to forbidden horizons,
undulating through memories that linger
longer than we dared dream.
Can we ever return? We ask,
as you seek refuge beneath the corrugated
roofs of our abandoned shacks.
A living concertina that unfurls
beneath a skyline
we no longer claim
as home.

This poem is inspired by recent research, which has found that rat snakes can be used to potentially reveal radiation levels in the soil around Fukushima.

On the 11th of March 2011, an earthquake and resulting tsunami cut power to the Fukushima Daiichi nuclear power plant in Japan, before destroying its emergency generators. As a result of this, three reactor cores exploded, releasing the highest amount of radioactivity into the environment since the Chernobyl nuclear disaster in 1986. The clean-up of Fukushima has now been in progress for more than 10 years, although it will be many years before the radioactivity in some of the surrounding region reaches a level where it is safe for humans to inhabit. Monitoring the ongoing environmental impact is an essential task, but difficult to do given the potentially very high levels of radiation in the region.

In this new study, researchers have demonstrated how rat snakes can be used as a bioindicator to help signal the health of Fukushima’s surrounding ecosystem. Rat snakes are a species of nonvenomous snake that kill by constriction, and which are abundant in the Fukushima region. These snakes are good indicators of environmental contamination because they spend a lot of time in and on the soil, they also travel over small ranges and are a relatively long-lived species, thus making them easier to track over longer time periods. In this study, the mobility of nine rat snakes was monitored using GPS transmitters, which were placed on the rear back of these snakes with tape and superglue. The researchers then tracked them for three months within the Fukushima Exclusion Zone, an area that is generally off limits to humans because of the residual radioactivity in the region. They found that each rat snake moved an average of just 65 m per day, and that most of them spent time in abandoned barns and sheds, helping to shield them from contamination in the surrounding soil. Future work is now needed to clarify the potential health risks to snakes and other wildlife due to increased radiation exposure, which will be critical to understanding the effects of the Fukushima Daiichi accident on local wildlife populations.